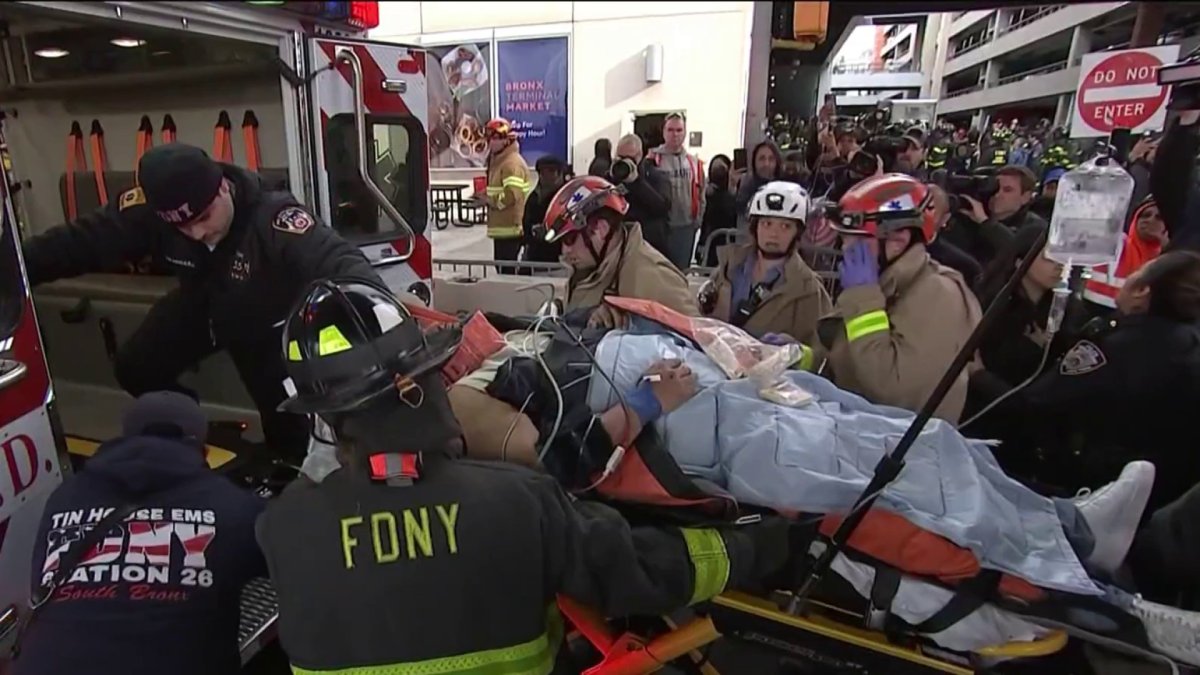 Two people, a Target employee and a teenager, fell three stories down an elevator shaft at a New York City shopping center, according to police, leading to a meticulous operation to get them out.

The terrifying incident occurred at the Target store at the Bronx Terminal Market in the Concourse section around 11 a.m. Thursday, police said, in front of shocked customers and other staff.

Law enforcement sources told NBC New York that the 29-year-old loss prevention worker was trying to escort the 16-year-old out of the store, when the pair got into a tussle near the elevator. During the fray, they pushed themselves through the elevator doors — and fell down the shaft.

“One guy was chasing. He almost caught the guy outside the elevator. But the guy, somehow, he took the elevator,” said Abdul Wahab, who was heading into work when he saw the commotion outside and then heard the thunderous crash in the elevator shaft. “It was like a big noise when the elevator came down. Disaster.”

“When the two victims fell, one landed on top and one fell in between the elevator and the shaft down below the elevator,” said FDNY Deputy Asst. Chief John Sarrocco. “The first victim was moved immediately. The second victim was a little more difficult operation. We had to secure the elevator, set the brake, we sent our members down below to treat.”

It was a coordinated effort as rescue medics treated the injured loss prevention worker in the dark, confined space of the elevator pit. Firefighters breached the wall to make the rescue, as stunned witnesses watched from inside the store.

The FDNY set up a rope system to hoist the victim up, and a crowd that had gathered in the parking garage burst into cheers. The rescue operation took nearly an hour to complete.

“The FDNY fire operations and the FDNY EMS operations working in concert with each other in order to save this person’s life that’s underneath, is just astounding at what we do. Train everyday for something like this and when it happens we are ready to go,” said Sarrocco.