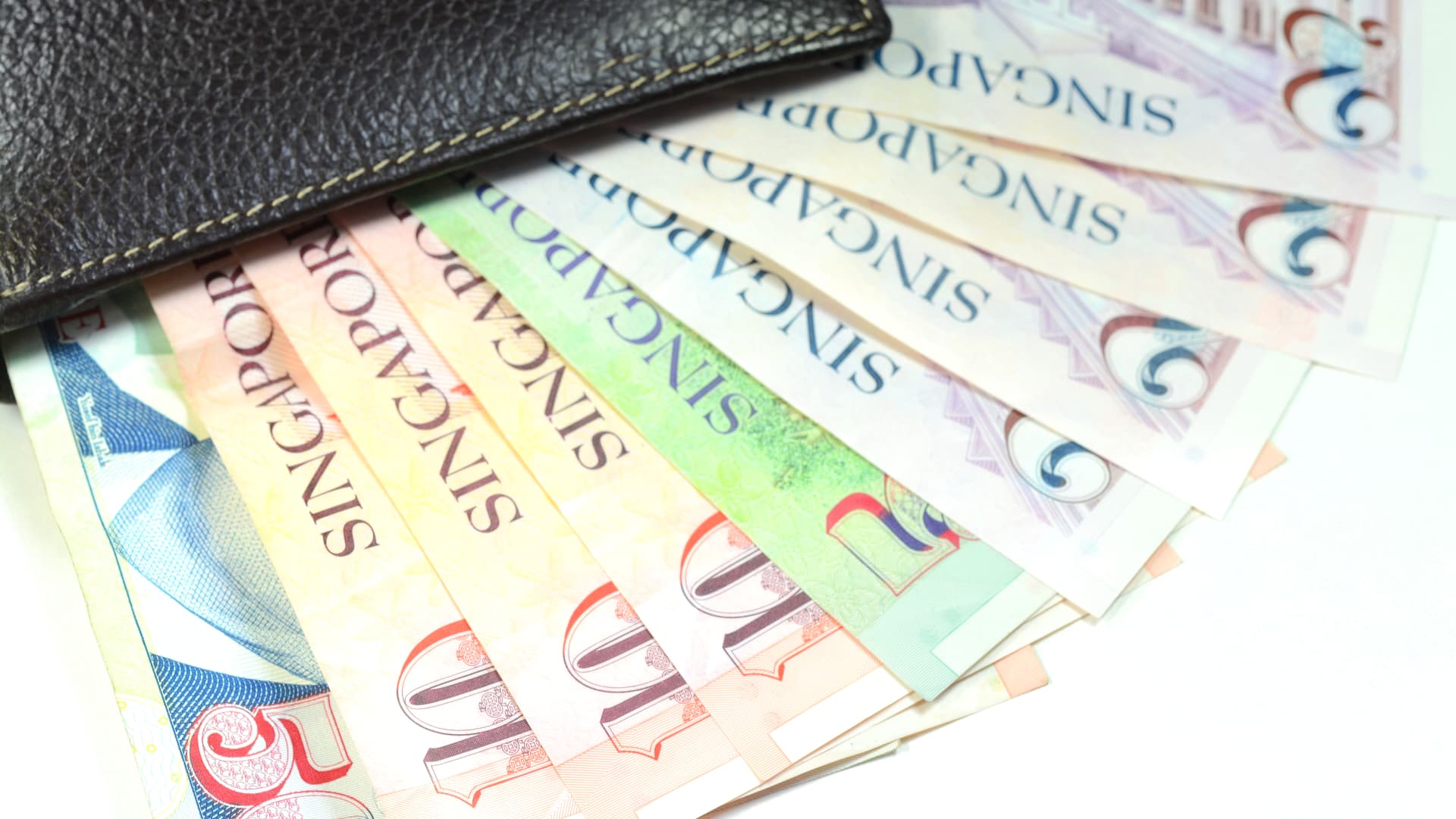 The Singapore dollar has remained resilient against the buoyant U.S. dollar compared with its regional peers, and analysts say it’s a relatively “safe haven” currency — especially in Southeast Asia.

Singapore’s currency has fallen by nearly 6% year-to-date, but other currencies in Asia have weakened even more against the greenback.

The Japanese yen has depreciated by around 25% against the U.S. dollar since the start of the year, while the Philippine peso fell about 15% and the Thai baht lost 13% during the same period.

It comes as the U.S. central bank continues to embrace a hawkish stance toward inflation.

Last Wednesday, the U.S. Federal Reserve raised benchmark interest rates by another 75 basis points for the third consecutive time, and signaled it will continue raising rates to as high as 4.6% next year before stopping.

The news pushed the U.S. dollar to a fresh two-decade high, and widened the interest rate differentials between the greenback and many other Asian currencies.

Bank analysts say they are bullish on the Singapore currency even though it fell to 29-month lows on Thursday, after the Fed’s hawkish policy outlook.

He named Singapore’s high foreign currency reserves, a strong current account surplus and a well managed currency policy as some reasons for the Singapore dollar’s resilience.

Betting on the Singapore dollar

“Whenever there’s crises or shocks, there has been interest or [a] move into the Sing-dollar,” said Saktiandi Supaat, regional head of forex research and strategy at Maybank.

Singapore is one of a few countries in the world with a triple-A sovereign credit rating, strong current account surplus, and positive foreign currency reserves — factors that contribute to its position as a safe harbor for investors, Supaat pointed out.

“Singapore has significant surplus reserves to tide through crises. That makes it definitely one of the elements of a safe haven currency,” he told CNBC. “Given the other characteristics it has, it can play a role to fill up some of the gaps within the safe haven space.”

The Singapore dollar is “still one of the most resilient in the region” and its strength will benefit companies that have treasuries in the country, said Philip Wee, senior currency economist at DBS Bank.

“In times of exceptional dollar strength, [the Singapore dollar] is the one that preserves its value best … it doesn’t depreciate as much as the others and it’s backed by its [exchange rate] policy and framework,” he said.

He said the Singapore dollar is “a haven for investors with currencies that are less resilient.”

Unlike many central banks, the Monetary Authority of Singapore (MAS) uses the Singapore dollar nominal effective exchange rate — referred to as S$NEER — policy band to keep inflation in check.

Most of the other countries in Asia use interest rates as a main policy tool to manage inflation.

“Singapore’s small geographic size and its status as a small, open economy mean that nearly all consumable goods are imported,” Lin said.

“Therefore, the MAS reacts to high inflation by allowing the Singapore dollar to appreciate against peer currencies, thereby driving down the cost of imported goods in local currency terms.”

“I believe that investors also associate the strong [Singapore dollar] with Singapore’s competence and reliability, as a partner and gateway to the region,” Wee said.

Even though the Singapore dollar has been a strong performer in the region, it won’t be replacing the Japanese yen as Asia’s safe haven currency anytime soon, analysts told CNBC.

The Singapore dollar is not as widely traded as currencies of larger economies, Maybank’s Supaat pointed out.

“It’s not as deep enough in terms of liquidity,” he said, adding that it’s not as widely traded as the Australian dollar, British pound, or even the Japanese yen.

The Singapore currency is not immune to the strength of the U.S. dollar either, said Wee, who warned that the Singapore dollar could lose its footing as Asia’s outperformer should there be a global recession.

Normally, when there’s a global recession, Singapore’s nominal effective exchange rate tends to drop from the top to the bottom of the [policy] band, potentially weakening the Singapore dollar to the 145 level against the dollar, the currency economist said.

“This is the main risk, or chief risk, for investors seeking [the Singapore dollar] as a haven,” Wee added.

Maybank said it expects the MAS to continue on the path of policy tightening as the country continues to grapple with inflation that reached a 14-year high in July.

However, Lin said Credit Suisse expects that “the Singapore dollar will weaken vis-a-vis the U.S. dollar,” and predicted that the currency will weaken to 143 by year-end.

To stem the yen’s sharp declines, Japan reportedly intervened in the currency markets — the first intervention since 1998.

The decision Thursday came after the yen weakened past the 145 level following the Bank of Japan’s decision to hold interest rates steady and stick to its ultra-low interest rates.

The currency strengthened more than 2% against the greenback on news of the intervention, but analysts say its upside is not likely to last.

“On the one hand, the Ministry of Finance is reducing yen supply via occasional FX intervention, but the Bank of Japan is still persistently boosting yen supply with its regular purchases of [Japanese Government Bonds] as it enforces its 10y JGB yield target,” Lin said.

“Because Japan has an open capital account and much lower interest rates than the US, the ‘impossible trinity’ dictates that it is impossible for Japanese authorities to control its exchange rate,” he said, referring to the economic theory which states that no country can have a fixed foreign exchange rate, an independent monetary policy and free capital flows.

“In order to prevent long-term yen weakness, the BoJ would have to raise interest rates [or] the JGB yield target, or Japan would have to impose capital controls — the latter is extremely unlikely,” he added.

The Japanese yen was trading at around 144.38 against the greenback early Tuesday in Asia.