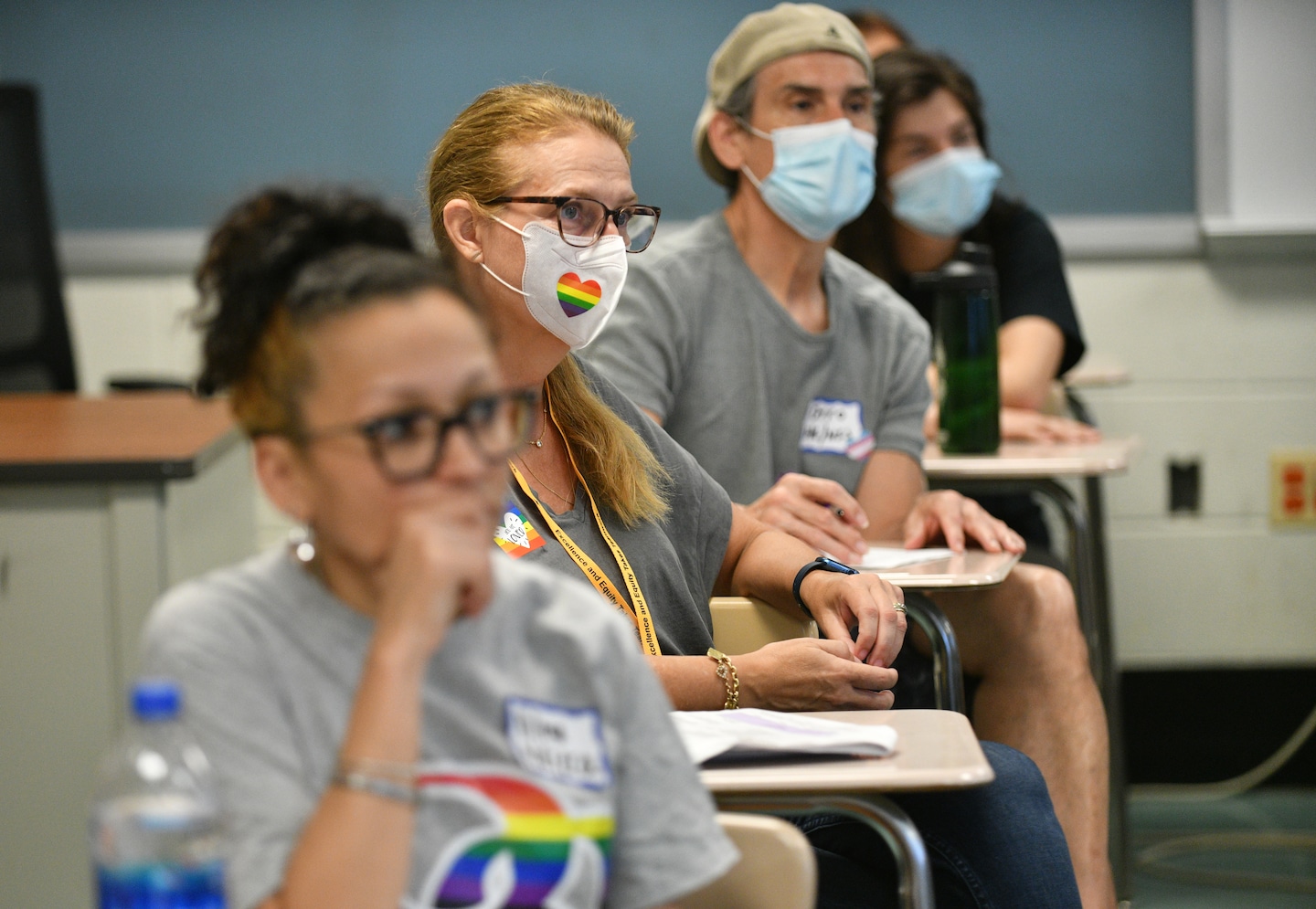 Political conflict around schools, surging nationwide, is most common in politically diverse areas, far more than in places that are solidly liberal or conservative, new research finds.

At the same time, schools in more politically mixed communities were likelier to have dropped programs that train teachers to have productive conversations around controversial issues.

These are the findings from a survey of 682 public high school principals administered this summer and conducted by researchers at UCLA and the University of California at Riverside.

Overall, more than two-thirds of public high school principals reported parents or other members of their school communities seeking to limit teaching or challenge practices in at least one of these areas: teaching and learning about race, policies and practices relating to LGBTQ student rights, student access to books or social emotional learning.

The report suggests that a diversity of opinions in one place may naturally give rise to intense debate over school policies. It’s likely that conservative parents have less to complain about in conservative districts because district policies are already reflective of their values; likewise for liberals in progressive places.

But the report’s authors also suspect activists are targeting their efforts in these political swing spots, and the study points to principals who face organized campaigns on hot-button issues.

“In the last two years, more and more conflict has been directed at public schools and oftentimes there’s been a concerted effort to direct that to politically diverse areas,” argued co-author John Rogers, director of the UCLA Institute for Democracy, Education and Access.

About 1 in 4 high school principals in purple districts, where the election results were close, reported that on multiple occasions, parents or other members of the community had sought to limit teaching about race and racism. Another 39 percent said it had occurred one or two times, for a total of 63 percent.

That was higher than in blue, or more Democratic, districts, where 51 percent of principals reported seeing these challenges at least once or twice. The challenges were least likely in red or more Republican areas, at 45 percent.

In purple areas, 54 percent of principals said they had not encountered any challenges to particular books. But in blue areas, 72 percent saw none, and in red areas, 67 percent did not have any book challenges from parents or the community.

The fighting in the community appears to be trickling down to the student body as well. In purple areas, more than 8 in 10 principals reported at least one or two instances of students making demeaning or hateful remarks toward classmates for expressing either liberal or conservative views. Those figures were lower in both blue and red areas.

The report also compared the prevalence of professional development around how to talk about controversial issues in 2022 with a similar question asked in 2018.

It found a significant drop-off in this sort of training in purple areas — from 54 percent in 2018 to 33 percent in 2022. That’s a 21 percentage-point decrease.

The survey found significant conflicts on a range of issues. Overall, half of principals said they had parents or community members who sought to limit teaching about race and racism; 48 percent saw challenges related to LGBTQ student rights; 33 percent saw challenges regarding books in the library; and 39 percent experienced a challenge to social emotional learning.

The survey was conducted this year among 682 U.S. public high school principals from June 29 through Aug. 19, consisting of 143 principals at schools in “red” congressional districts where support for Trump in the 2020 presidential election was 55 percent or greater, 221 in “purple” districts where Trump support was between 45 percent and 54.9 percent and 318 principals at schools in “blue” districts where support for Trump was less than 45 percent. Overall error margins are plus or minus 3.8 percentage points but are larger within red, purple and blue districts.

Emily Guskin contributed to this report.

Parents say ‘dream’ school district has become a ‘woke’ nightmare: ‘The joke’s on us’

New signs in Times Square state “Let’s be blunt. No smoking in plazas”

Prince Harry Revealed What He and Meghan Markle Get From In-N-Out Burger: ‘So Good!’