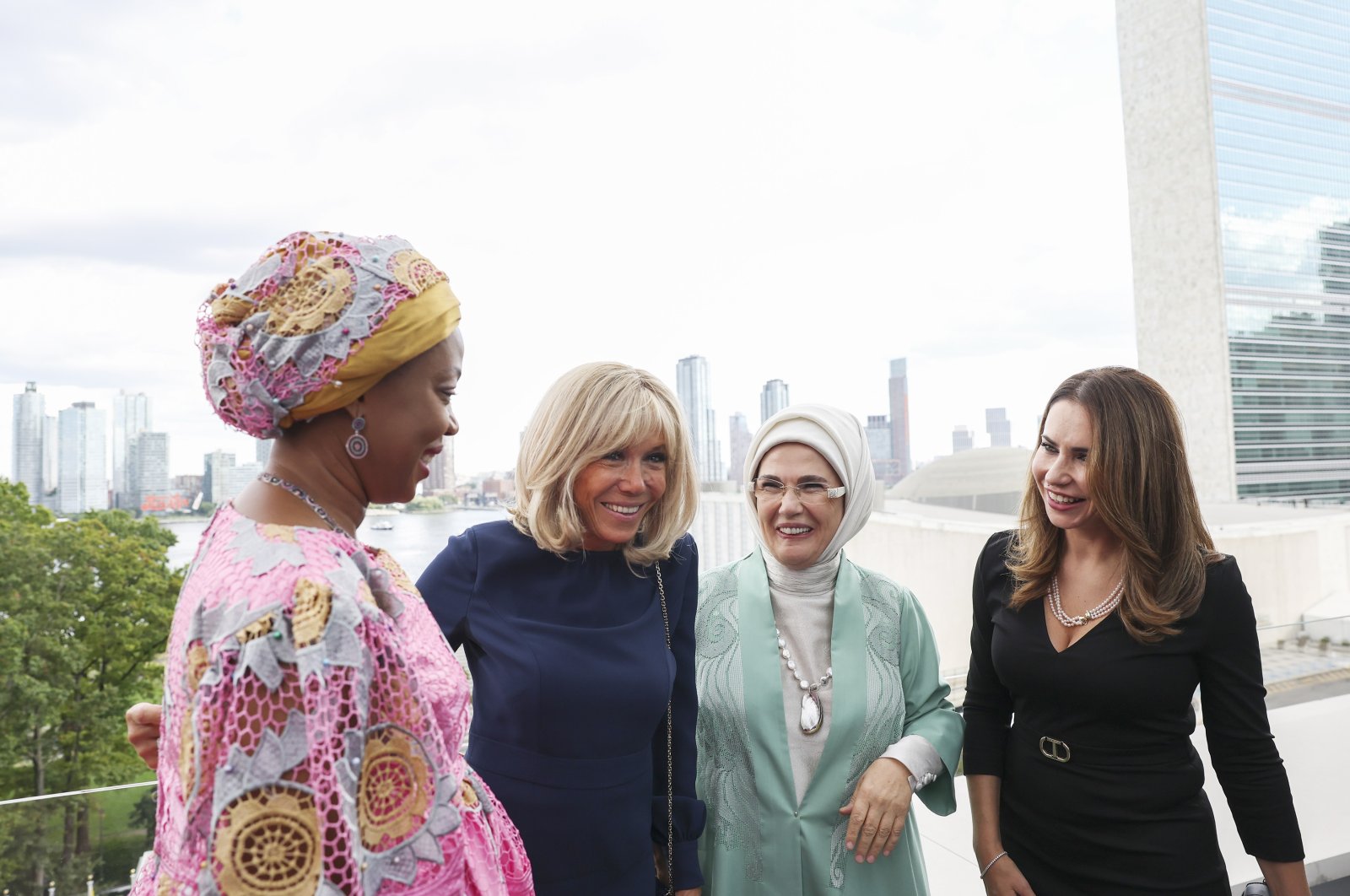 Turkish first lady Emine Erdoğan on Wednesday wrapped Turkish delight and cut the traditional sweet delicacy on the terrace floor of New York Turkish House (Türkevi) as she emphasized the importance of cuisine as an essential element of cultural heritage. The event was attended by 15 other first ladies, including French President Emanuel Macron’s wife Brigitte Macron and the United Nations Under-Secretary-General for Global Communications Melisa Fleming.

“(Cuisine) is a mirror that reflects the national identity, character and even the essence of civilization of a country. Concepts such as gastro-diplomacy and gastro-tourism have become the main pillars of the cultural and promotional policies of countries,” said Erdoğan.

She hosted the first ladies of 15 countries at an event titled “Sustainable and Healthy Turkish Cuisine” at the Turkish House Center in New York City, introducing Turkish cuisine, outstanding dishes, and desserts to the guests.

“Turkish cuisine has been introduced in many different civilizations in its hundreds of years of adventure in Anatolia,” said the Turkish first lady at the event.

She further said Türkiye’s intention for peace and tolerance can be easily interpreted from the practices of its culinary culture.

Erdoğan said: “The place of the stranger at our tables has always been reserved as the ‘unexpected guest of God.’ Our unique catering culture tells us that we always welcome guests. In short, our tables are the summary of generosity, sharing, solidarity, humanity, and our culture of life.”

Expressing her happiness that Türkiye is known for its rich culinary culture, she said UNESCO lists many gastronomic elements in Anatolia.

She went on to say: “In our cuisine, there are centuries-old recipes that heal both the body and the soul. Many recipes were prepared with medicines in Anatolia.”

In the field of gastronomy, Türkiye has a “great heritage yet to be discovered,” the Turkish first lady said, adding that together with well-known Turkish gastronomy experts and chefs, the book titled “Turkish Cuisine with Centennial Recipes” was compiled, so the world gets wind of rich Turkish culinary.

Touching on the waste-free feature of Turkish cuisine, Erdoğan said: “Sustainable cuisine has a vital importance for the future of the world.”

She invited the first ladies to Türkiye, saying in the prevention of global food waste, “Turkish cuisine is a solution center.”

Speaking at the event, U.N. Under-Secretary-General Fleming said Turkish cuisine has a worldwide reputation for its diversity, delicacy and nutritional value.

On the goodwill text Erdoğan signed with U.N. chief Antonio Guterres to promote a zero waste approach, Fleming said: “The future of the world’s health and well-being depends on these individual actions.”

On the other hand, the first ladies of 18 countries signed the goodwill document of the Turkish first lady, who called on the countries of the world with the support of the U.N. on the issue of zero waste.

While Macron, the wife of the French president, was among the first to sign the goodwill document, there were candid conversations between Erdogan and the French first lady, who posed for a photo.

At the tail-end of the event, Turkish dishes prepared with traditional and waste-free recipes from the Turkish cuisine book prepared for the guests were served.