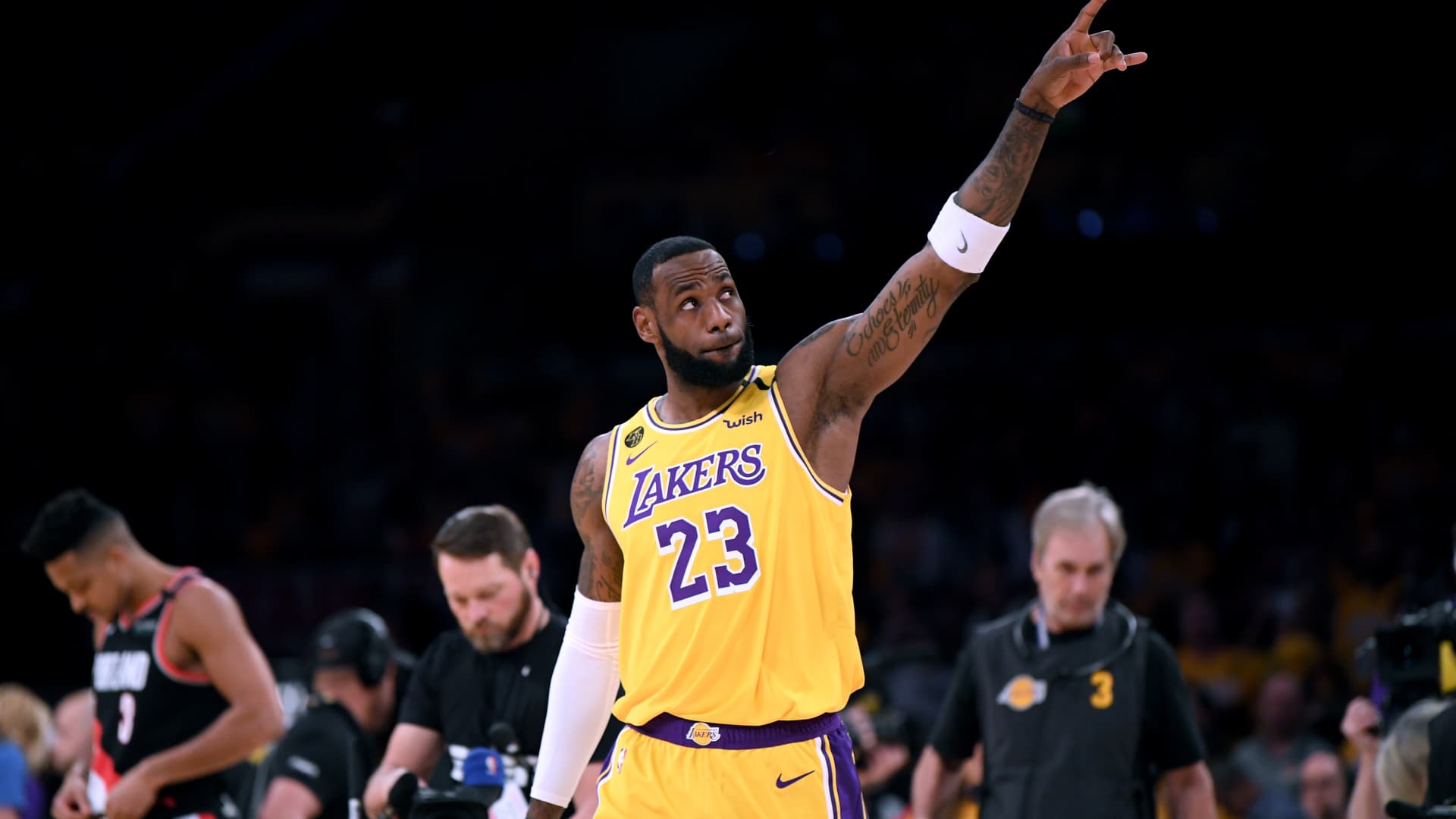 LeBron James, the king of basketball courts, is one of the newest owners of a professional pickleball team.

Major League Pickleball announced Wednesday that James and his business partner, Maverick Carter, will join its ownership ranks, along with NBA champions Draymond Green and Kevin Love and others. In recent months, the sport’s popularity has attracted several celebrity investors and become a big business.

The all-star ownership group’s interest in the sport came from playing it together over the past couple of years, according to MLP.

“When I started playing pickleball, I immediately connected with the sport’s community and its capacity to be both fun and competitive,” Carter told CNBC in an interview. “To see the sport growing in communities all over is really exciting, and we’re looking forward to bringing our expertise together to try and build a championship team.”

James and Carter will own the team through their family office, LRMR Ventures. Other investors include investment firm SC Holdings; Paul Rivera, chief marketing officer of the SpringHill Co.; and Relevent Sports Group co-owner and CEO Daniel Sillman.

Anne Worcester, MLP’s strategic advisor, told CNBC that negotiations began with the new ownership group in July and culminated with a meeting at the U.S. Open tennis tournament in August.

Worcester said the demand for owning a pickleball team is high with more than 60 different groups expressing interest. She said team values have grown exponentially since 2021 when the league launched, and are in the seven figures.

The name of James and Carter’s team and where it will play aren’t yet known. MLP teams are not currently connected to geographic locations, but Worcester said the league is working with owners to determine the feasibility of changing that in 2023.

James has already been helping drive economic development in his hometown of Akron, Ohio. Students at the I Promise School, a public school he founded, will be attending the upcoming MLP season finale in Columbus, Ohio, from Oct. 14-16. The season-ending tournament features a $319,000 purse, the largest in the sport’s history.

Pickleball, which is described as a mix of tennis, Ping-Pong and badminton, has become a recreational hit and attracted major investments as entrepreneurs look to cash in on the game.

With the new investments, MLP will be expanding from 12 to 16 teams in 2023, with players competing in six tournaments across six U.S. cities for more than $2 million in prizes.

The sport is attracting funding outside the league as well. In Sarasota, Florida, commercial real estate entrepreneurs Brian and Valerie McCarthy, have invested $180 million to build at least 15 indoor private pickleball clubs.

Others are investing in the chain model, mixing food, entertainment and pickleball. “Camp Pickle,” which will feature a restaurant, bar and indoor and outdoor pickleball courts, plans to open in 10 locations across the country by 2026. Similar concepts include Chicken N Pickle, Smash Park and Electric Pickle.

Among the game’s fans are Bill Gates, Kevin Durant and the Kardashians, with the sport growing to 4.8 million players in the U.S. in 2021, according to the 2022 Sports & Fitness Industry Association Single Sport Report on Pickleball.

“Pickleball is the fastest-growing sport in the country, building communities in cities and towns all over the world,” Steve Kuhn, MLP’s founder, said in a statement.

He said about the league’s newest investors and the exposure they provide will help the sport reach its goal of 40 million pickleball players by 2030.

There is no rule that would prevent James from playing in the league, according to the MLP. The league notes that Travis Rettenmaier, a retired professional tennis player, is one of the owners of the Florida Smash pickleball team and was drafted by his own team.

“Yes, we would welcome LeBron or Draymond or Kevin Love to think about playing,” Worcester said laughing.