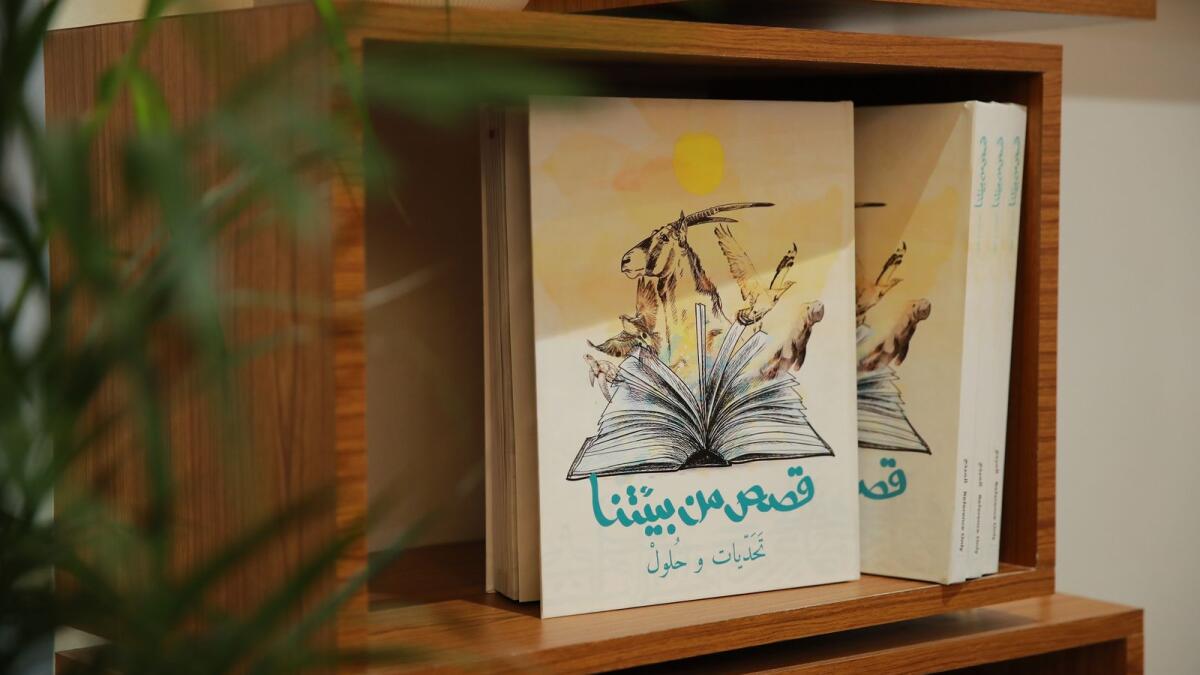 The short story collection highlights the importance of preserving both native species and national, cultural heritage

A new book by UAE students, comprising of 16 short stories about the conservation of land and sea animals, has been presented at the Abu Dhabi International Hunting and Equestrian Exhibition (Adihex), which concluded on October 2.

The International Fund for Houbara Conservation (IFHC) and Emirates Schools Establishment (ESE) presented the book ‘Stories from Our Environment: Challenges and Solutions,’ in its second edition.

Conservation is a key theme in this year’s short stories chosen from the 2nd Short Story Challenge, in a collaboration between IFHC and ESE. A total of 175 schools participated from across the UAE, and 16 student teams won with their compelling and creative narratives on threatened species native to the UAE, such as the houbara, falcon, and oryx.

Mohammed Al Baidani, Director General of IFHC, said: “This second edition of the book ‘Stories from Our Environment: Challenges and Solutions’ is evidence of the growing support and awareness from our youth in species conservation efforts and preservation of our rich heritage. With much support from the Ministry of Education through the Emirates Schools Establishment, this initiative is an integral part of our Conservation Education: the Houbara Model. This innovative programme uses the houbara as a flagship species for education content to explore issues around sustainability and heritage.”

“The Houbara Model has seen much success in the previous years in engaging the younger generations in the importance of conservation through educational workshops and programmes.

Students from each participating school were invited to enter the short story competition by forming a team with multiple skills and taking up conservation topics about UAE-native animals such as houbara, oryx, falcon, dugong, flamingo, sea turtle, Arabian tahr, and the dhub or spiny-tailed lizard. Each team was tasked with creating a short story that identified the threat to the species and offered solutions for its conservation.

One of the winners, now featured in the second book, Alia Salem Alblooshi from Um Al Emarat School-Al Ain, said: “We are honoured to be chosen as one of the winners for the second short story challenge by the IFHC and ESE. As part of the younger generation, we take the pre-emptive conservation of endangered species seriously to protect our future ecosystem. We are also very aware that not only the actual lives of the species are in a serious predicament, but we also risk erasing our heritage if we lose them.”

“We are thankful to the Conservation Education: the Houbara Model for making us aware of the real situation amongst species native to the UAE and how we can participate in saving their future.”

Rayane Reda Khazri, a ninth- grade student at Al Dhahera School in Al Ain, said: “My participation in the International Fund for Houbara Conservation competition was through the creation of a short story based on animal conservation. My classmate Butti Al Zaabi and I chose to write a story titled ‘An Adventure with a Beautiful Bird’ aligned with the theme of the competition. Before we wrote it, we gathered information about the houbara bustard. After learning how beautiful the bird is, I urge everyone to contribute in the preservation of this species. Finally, I’d like to thank the competition’s organisers for this distinguished initiative.”

The Houbara Model seeks to capture the essence of conservation education through a dynamic framework comprising three major practices that interact in complicated ways with one another. It was founded on the theory that engaging students, teachers, and the community at large would inspire a new generation of environmental protectors who would help the UAE achieve its sustainability goals. Through the Ministry of Education’s Emirates Schools Establishment and close collaboration with them, this framework was able to reach a wider audience. As such, the Houbara Model is now fully integrated into the UAE’s National Curriculum.

With the release of the two books written by students, other school children also learn more about conservation and think about how they can be more involved in the preservation, not just of the species but of the cultural heritage as well.