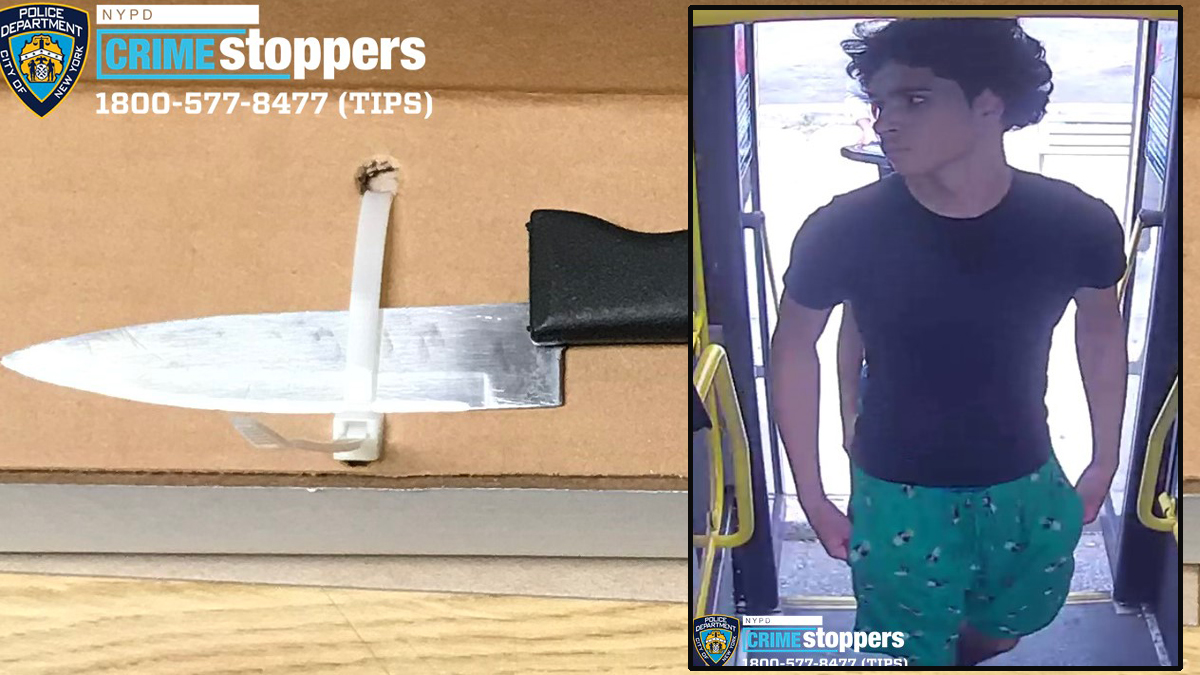 Someone tried to stab a 16-year-old boy in the chest as he waited at a bus stop following school dismissal in Queens a day ago but the knife broke when it made contact with his shirt, police say, mercifully sparing him severe injury.

Authorities say the boy was in front of his Metropolitan Avenue school campus around 3:45 p.m. Thursday when the attacker tried to plunge the weapon into his chest without provocation.

The handle separated from the blade when he did. The suspect ran off and the victim wasn’t hurt.

Police released surveillance footage of the attacker. Anyone with information is asked to call Crime Stoppers at 1-800-577-TIPS.