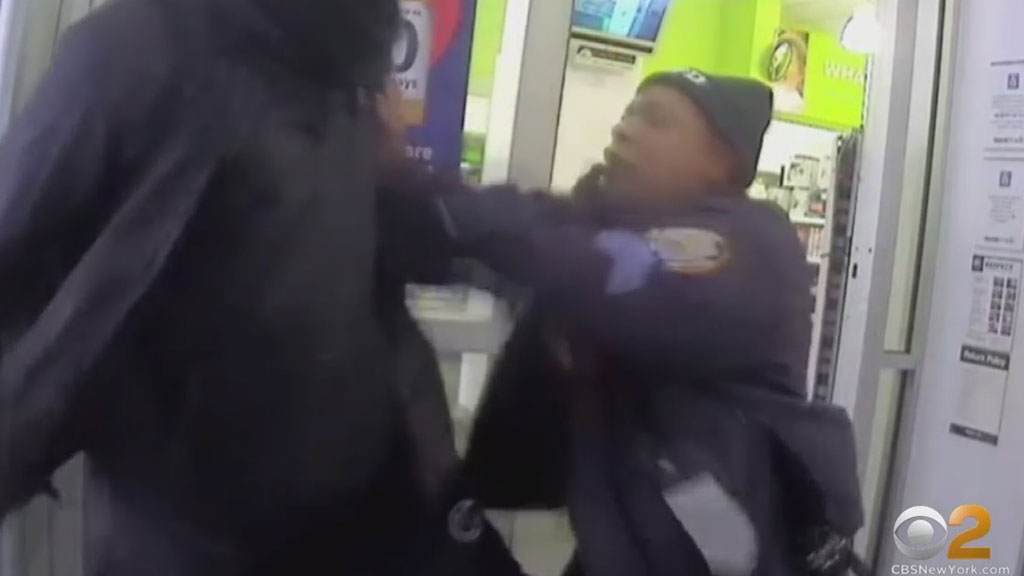 NEW YORK (CBSNewYork) — There’s been a spike in shoplifting in New York City.

The NYPD says it hasn’t seen levels like this since 1995, and elsewhere around the country, organized retail crime is ramping up.

“Seeing a sharp uptick in shoplifts that then turn into robberies,” said Michael Lipetri, chief of NYPD crime patrol strategies.

Lipetri tells CBS2’s Alice Gainer the pandemic helped fuel the increase. It’s why many products are now locked up at local drug stores.

Then there’s organized retail crime, a growing concern around the country.

Connecticut just created a task force to deal with it.

“Hundreds of millions of dollars right here in thefts in the state of Connecticut,” Gov. Ned Lamont said.

So what is it?

“Professional thieves working as part of a criminal organization to try to obtain as much product directly from retailers as they can for resale and for profit,” said Ben Dugan, president of the National Coalition of Law Enforcement and Retail.

Dugan says some of those recruited to steal have drug addictions and need money quickly.

“We’ll pay these people a flat rate, $500 let’s say, to go into a Nordstrom and steal as much product as you can, bring it all back to the criminal organization,” he said.

He says it’s up nearly 30% since the pandemic began, but notes it started increasing in 2017 with the expansion of online retail marketplaces.

“How does that in turn affect rgw customer?” Gainer said.

“The average American family will pay $500 more in higher prices to offset some of the costs of organized retail crime,” Dugan said.

“My team has grown, the organized retail crime investigators. We’ve added more staff in certain stores to deal with this,” he said.

Officer Chuck McPhilamy with the Marietta, Georgia, Police Department says if you’re shopping online and a deal seems too good to be true, it probably is.

“Why is it brand new in the box and they’re selling it for less than I can go get it at the retail store today? You’re supporting that behavior and it puts employees at risk, potentially, and it definitely drives up all of our costs,” he said.

As for repeat offenders, whether it’s an individual shoplifting or working as a booster for an organization, Lipetri says, “We have over 1,700 individuals over the past year that have been arrested for three or more shoplifting arrests … When you look at those individuals, a very small percentage are actually incarcerated right now today.”

As law enforcement works to take down these groups, they say you can do your part by calling 911 and taking pictures or video if you see something.

EBay says it has programs and policies in place to monitor for stolen items. Amazon says it vets the majority of sellers via video and requires purchase orders or proof of sourcing when it has concerns about a seller.