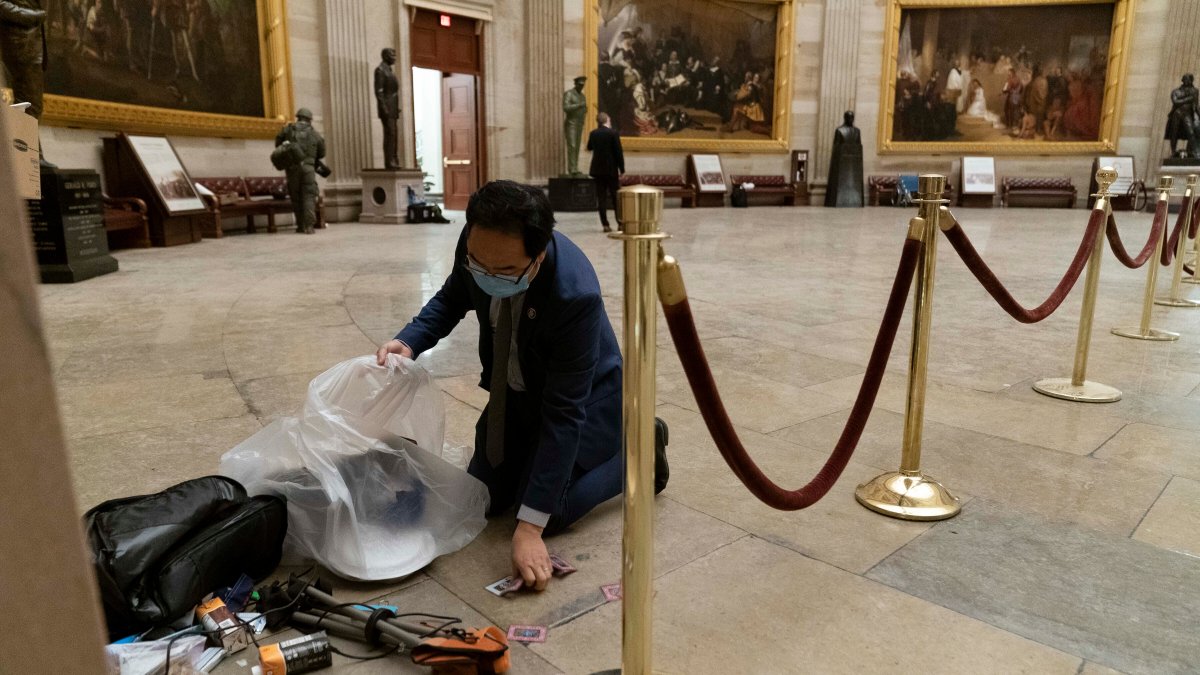 For Rep. Andy Kim, D-N.J., the Jan. 6 Capitol riot continues to be a difficult topic to broach with his two young Asian American children. He’s struggled to find the right words.

A year later, and after photo of Kim cleaning up the Capitol rotunda on his own following the riot went viral, he’s still processing his thoughts as the son of Korean immigrants who uprooted their lives in search of a strong, secure country to call home that was not evident that day, he told NBC Asian America. But the events, he said, also uncovered a sense of fierce protectiveness over the country his parents sought.

“I do feel like that sense of being a caretaker is something that my parents very much shaped in my mind — love of country and service to this country, taking care, trying to preserve it,” Kim said. “Whether that’s the big things I tried to do, like voting that night on Jan. 6 to affirm the Electoral College vote, or the simple gestures of cleaning up the floor of the rotunda. That’s all the same to me. That’s all being a caretaker for our democracy.”

In the year since Kim found himself clearing the damage in the Capitol, more than 700 of former President Donald Trump’s supporters, including many who aimed to overturn the election results, are now facing criminal charges related to the attack.

Read the full story at NBCNews.com