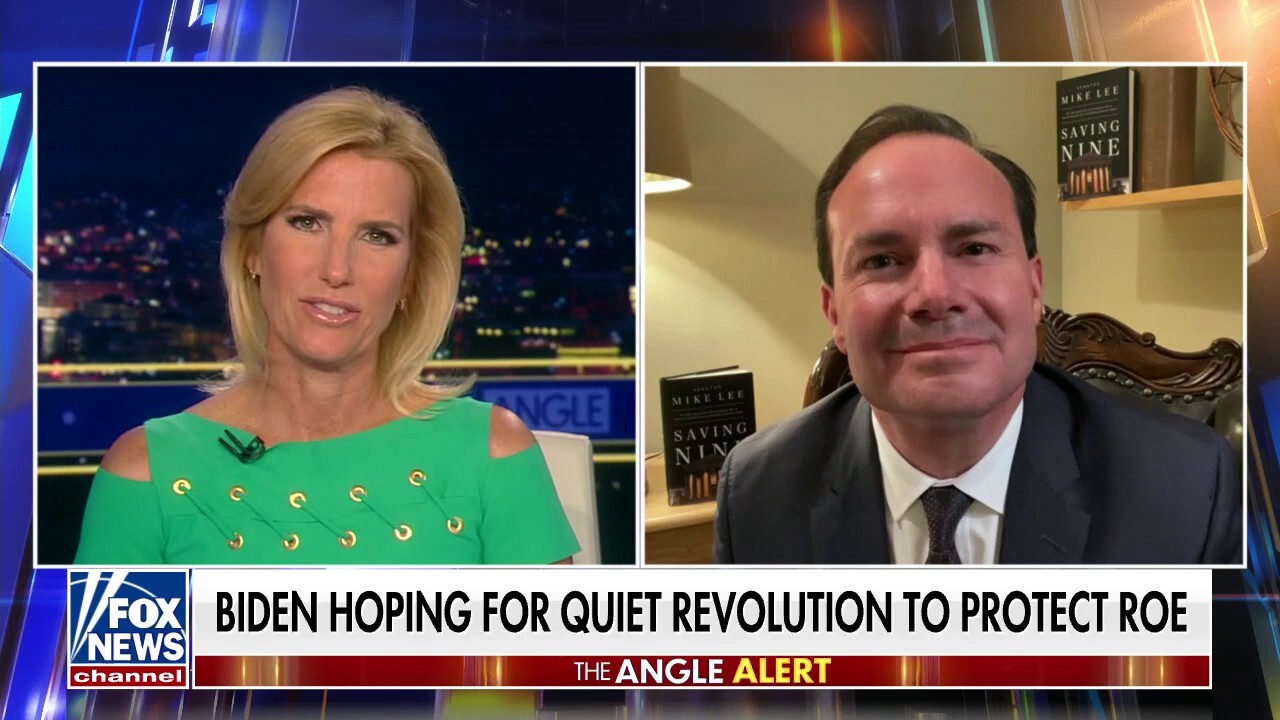 Sen. Mike Lee lambasted President Biden, saying he was deceitful about the Left’s true intentions for Roe v. Wade and being “entirely heartless toward the unborn” Thursday on “The Ingraham Angle.”

MIKE LEE: First of all, the fact that he would go while on foreign soil and attack the Supreme Court of the United States to undermine it, and to delegitimize it is unpatriotic. I’ve never seen anything quite like it. Secondly, insofar as he’s suggesting that they need to codify Roe, he’s lying there.

They don’t merely want to codify Roe. What they want to do is pass a bill that would in addition to codifying Roe, it would take the protections of Roe all the way up until the moment a child takes its first breath so that no state anywhere could impose any kind of legal restrictions, any kind of protections for unborn human beings. So he managed to be at once entirely heartless toward the unborn; entirely in conflict with his own prior decisions, his own prior statements about abortion, while as a U.S. senator and otherwise; and managed to disrespect one of the great institutions of our system.