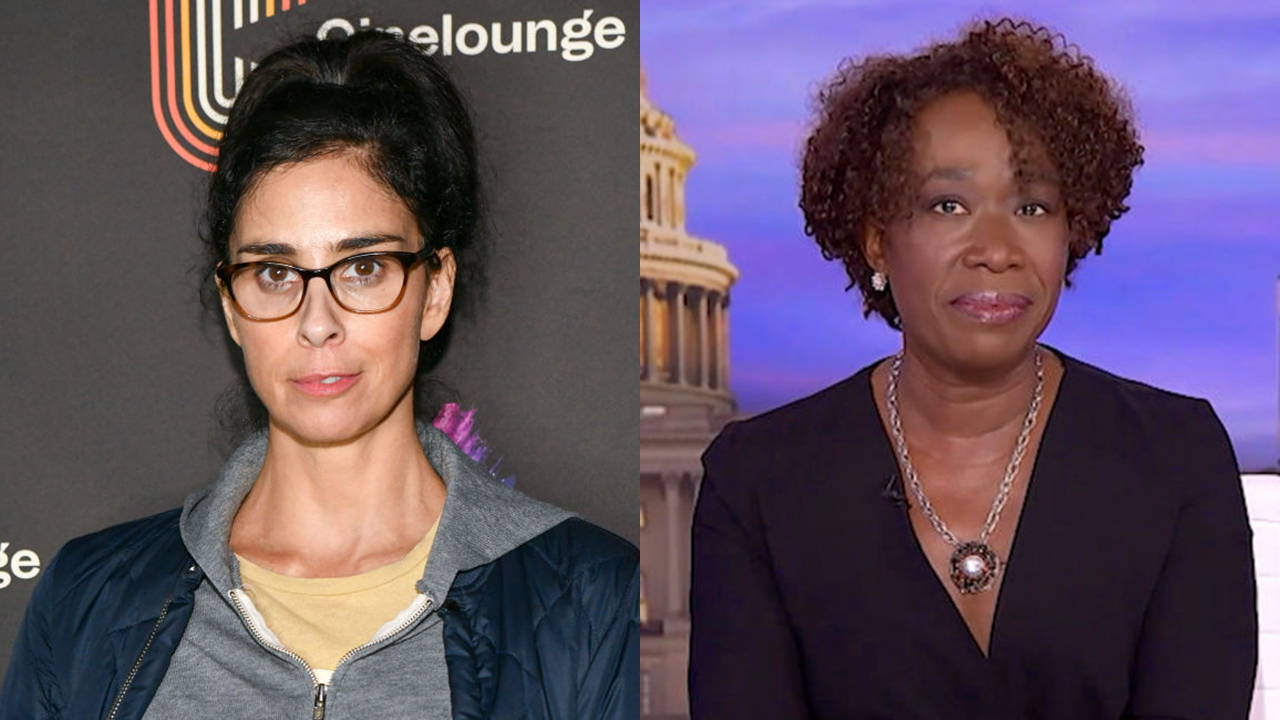 In media news today, The New York Times catches fire for a headline saying the Fox News Christmas tree ‘catches fire,’ social media has fun with Hillary Clinton’s invitation to ‘MasterClass’ lesson, and USA Today gets mocked for asking if math is racist.

Actress Sarah Silverman took a moment on her podcast to address the liberal backlash she received for criticizing a hyperbolic tweet from MSNBC host Joy Reid.

Last week, Reid sounded the alarm while sharing a CNN report about a proposal introduced by Republican Florida Gov. Ron DeSantis to re-implement a civilian–military force in his state, something that 22 other states currently have including New York and California.

“So… y’all know this is fascisty bananas, right…?” Reid tweeted.

Silverman, an outspoken liberal herself, pushed back at the MSNBC star’s inflammatory remark.

“Please read the article before you post this stuff you’re a news outlet. The truth has to matter,” Silverman told Reid.

The MSNBC host replied to Silverman, encouraging her to tune in to “The ReidOut” that evening for a panel discussion tackling the subject, which only fueled the anti-DeSantis stance.

Silverman kicked off her podcast Thursday addressing the dustup, clarifying she “enjoys” Reid and “follows” her on Twitter while expressing her dislike for DeSantis.

“Didn’t really think anything of it, put my phone down, checked Twitter a couple of hours later and had completely been co-opted by the right,” Silverman chuckled, “because I challenged a tweet of someone on the left to I enjoy. And of course the outlets blow it up like, ‘Sarah Silverman rails against Joy-Ann Reid’ because, you know, it’s show business. It’s all show business.”

SARAH SILVERMAN SLAMS DEM ‘SQUAD’ FOR OPPOSING ISRAEL’S IRON DOME: ‘NONE OF THEM TALK ABOUT HAMAS!’

“But more than I like her and more than I don’t like him, I care about what is true. And how it’s presented by news outlets,” Silverman said. “I just feel like the far-right is nuts… and I worry that anything beyond what’s absolutely true dilutes the power of what is true.”

The comedian complained how “we’re so divided” that liberals like herself “can’t even criticize the people [on] our own side.”

“We can’t even critique anyone in your own party without punishment,” Silverman said. “One of the hosts of The View was like, ‘What hubris for Sarah Silverman to accuse a Black woman of not reading,’ Oy! Jesus H. – What the f- I f—ing surrender! I cannot believe I need to say this, but I did not criticize Joy-Ann because she’s Black, but because she’s a Harvard-educated journalist with the responsibility ideally of showing the whole picture and not just a piece of a picture.”

Silverman went on to say Reid is not just a “political journalist” but a “political commentator” with opinions, leaving her to ask, “Where do I get just the plain old news?”

“I need a news outlet that’s just the facts, something that I can draw my own opinion. It’s just facts, and then I draw my own opinion on it. That’d be so nice!” Silverman exclaimed. “I’d like to draw my own conclusions sometimes. I mean, I’m interested in other people’s thoughts, but, um, it can’t only be that.”

“And good grief! You dare criticize anything in your own party, you’re the enemy. And that kind of black and white thinking on both sides… it’s such a turn-off to me. That ‘you’re either with us or against us’ kind of vibe with no room for questions or critique- it feels very not liberal to me. It feels like right-wingish,” she added.

Here’s Why BMW Still Hasn’t Given Up On Hydrogen