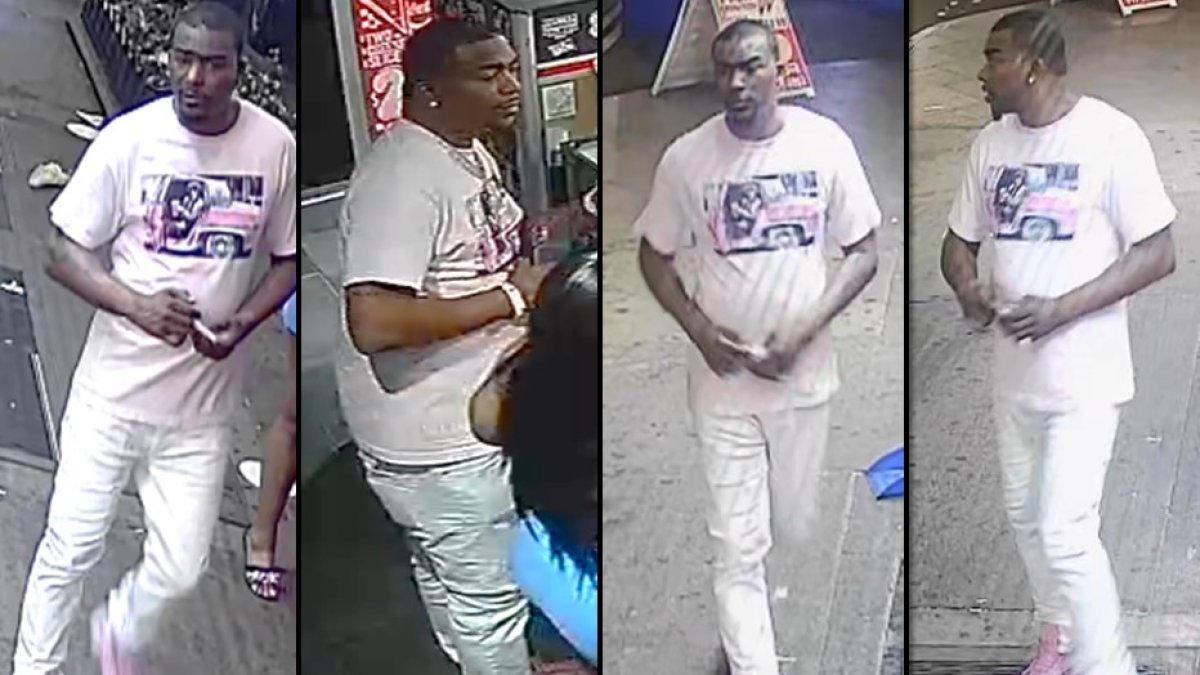 Two people in their 20s found themselves each shot in an arm as they sat in a taxi at a red light in Manhattan over the weekend, the apparent result of gunfire that missed its target, authorities say.

According to the NYPD, the cab — with a 22-year-old and a 24-year-old inside it — was stopped at a light on West 37th Street by Eighth Avenue around 3:50 a.m. Saturday when someone opened fire. The men in the cab were not the intended targets.

Both victims are expected to be OK. Police released a surveillance photo of the suspect (above). Anyone with information is asked to call Crime Stoppers at 1-800-577-TIPS.