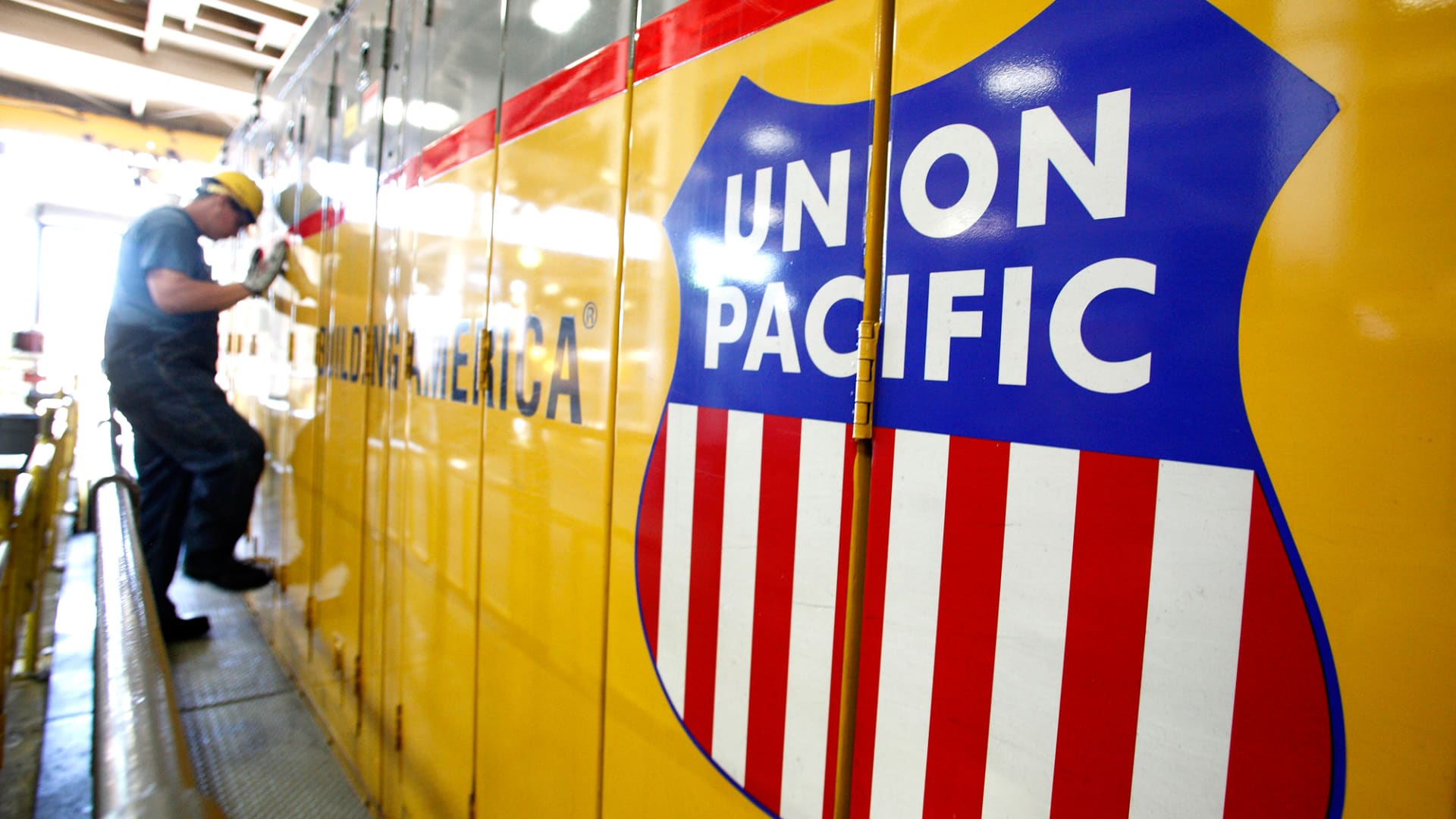 An 87-year-old mutual fund formed in the depths of the Great Depression is beating the S & P 500 this year. Its strategy: Do nothing. What is today the Voya Corporate Leaders Trust Fund was first established in 1935 as a concentrated portfolio of 30 blue chip companies that were considered unlikely to go bankrupt — of vital concern after the 1929 crash and ensuing global slump. Since those original 30 stocks were chosen, nothing has changed in the way the trust operates. The rules of the trust say the only time a holding can change is when there’s a corporate action out of the fund’s control, such as a merger or acquisition. Other instances can occur when a company cancels its dividend, defaults or its debt is downgraded, or a stock is delisted or falls below $1 for more than 15 days. As a result, those 30 original stocks has shrunk to a portfolio of just 19 names over time. “Consider it the ultimate buy-and-hold,” said Chrissy Bargeron, a client portfolio manager for equities at Voya Investment Management, which oversees the trust. She says the fund was “passive” before the term was used to describe an investing strategy. Almost all of the changes at the trust have come about in response to takeovers and spinoffs. In 2010, for example, Corporate Leaders became a holder of Berkshire Hathaway only after Warren Buffett bought Burlington Northern Santa Fe, which the fund owned. Today, Berkshire is the only stock it holds that pays no dividend. ‘What’s in style’ In a year defined by shaky markets, Voya Corporate Leaders Trust has stayed on solid ground. The trust has fallen less than 8% this year — far outperforming the S & P 500’s 24% drop. Corporate Leaders has also outperformed both its investment category peers as well as the Russell 1000 Value Index over the past 10 years, Morningstar says. Part of the success of the trust this year stems from the plain vanilla stocks it holds, said Bryan Armour, a Morningstar analyst. Union Pacific , the railroad that makes up a whopping 40% of the trust, has fallen less than the S & P 500 this year. It’s an example of a stock that an investor could use to help keep a portfolio steady, as it’s known to perform consistently with little growth over time, he said. The real driver of the Corporate Leaders Trust’s relative success this year comes from the fact that nearly one quarter of its holdings are in energy, Armour said. The sector is up approximately 31% in the S & P 500, the only one of 11 major industry groups that’s risen this year. “It’s obvious in retrospect, but by having a diversified portfolio, you’ll sort of always capture what’s in style,” Armour said. Bargeron said the enduring strength of the trust lies in its focus on “less sexy” areas of the market. For example, the trust doesn’t have any holdings in sectors such as technology or health care. That means the fund missed the tech rally that followed the 2008 Global Financial Crisis. ‘A good market study’ Because of its long lifespan, the trust has benefited from acquisitions. Today, its 19 stocks come only from the industrial, energy, financial, materials, consumer staples, utility, communication services and consumer discretionary parts of the economy. Its one consumer discretionary holding, Foot Locker, is also its smallest, at just 0.2% of the portfolio. Why Foot Locker? Corporate Leaders Trust originally held F.W. Woolworth Co. The trust has a net expense ratio of 51 basis points. “There’s never that gut reaction to sell or that greedy reaction to buy low,” Bargeron said. “And I think it helps take advantage of those opportunities that arise due to other investors’ irrational behavior.” Bargeron called a sister fund, Voya Corporate Leaders 100 Fund, a “child” of the original trust. It still has an equal-weighted portfolio, she said, just with more diversification and the added element of systematic rebalancing. But for the original trust, Bargeron said there are no plans to change how the fund is managed or its holdings — just as it has been for the last nine decades. “I can’t see us really ever stepping in here,” she said. “It’s a good market study.” Disclosure: Corporate Leaders Trust holds 2.3% of its assets in Comcast, the owner of NBCUniversal, parent company of CNBC.