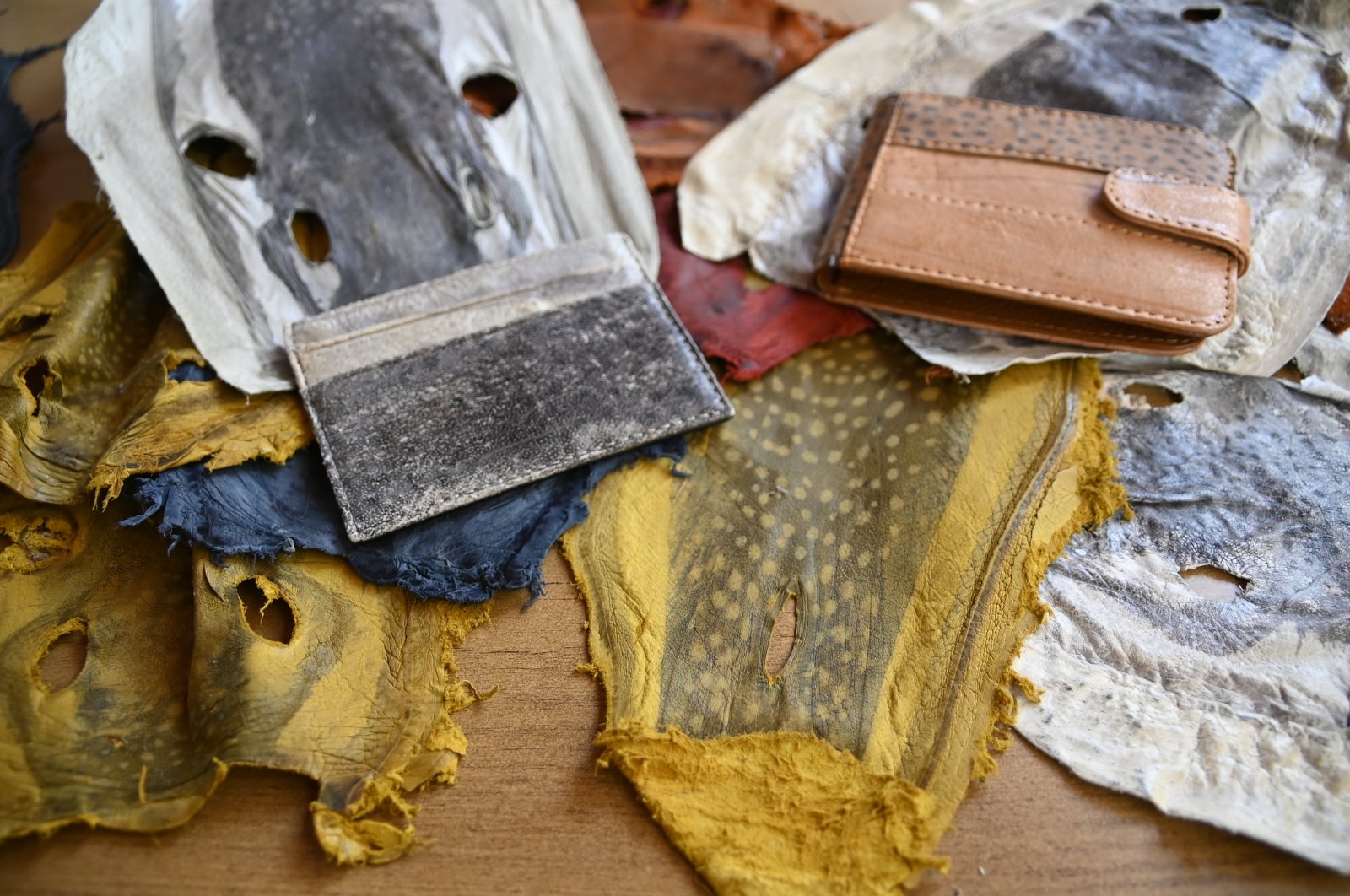 Invasive species have been taking hold in Turkish seas with rising global mobility and climate change. Toxic puffer fish have been wrecking the Turkish coastal ecosystem for decades, destroying local stock and fishing livelihoods alike. While past measures to contain the species had limited impact, a Turkish engineer has created an innovative product he hopes will help.

Mehmet Özata lays out his colorful collection of leather products, from purses to key rings, all made from the skin of puffer fish, an invasive species that has been terrorizing the Turkish coast for decades. An engineer in Alanya, near Antalya, Özata has been working with local universities to create a sustainable leather made from the skins of this problematic fish. While his project is still at an early stage and output depends on the size of local catches, his products are attracting interest from Russia to the Middle East, Özata said. Plus, they are raising awareness of the problem.

Native to the Indo-West Pacific, the puffer fish has been destroying local fish populations in the Mediterranean for almost two decades. Too toxic to eat, silver-cheeked toadfish can grow up to a meter (3.28 feet) in length and weigh some 7 kilograms (15.43 pounds). The fish reproduce faster than any predators able to hunt them. They first came to the Mediterranean after the Suez Canal opened in the 19th century. The species now causes annual losses of $2 million to $5 million for Turkish fishermen, according to estimates, as the fish tear through everything they have caught in their nets, from squid to crab, shrimp and octopus. Those who make their living from fishing say they are forced to replace their nets every few months.

The Turkish government has been trying to encourage people to catch the invaders, offering a bounty of TL 12.5 (around 70 cents) for each fish. That is not enough, said fisherman Mehmet Gökmen, 55, who has been casting his nets off Alanya for 40 years. The money isn’t worth the effort, he told Deutsche Presse-Agentur (dpa) while sitting in his boat. “It is such a curse, they hunt like piranhas… Some colleagues consider leaving the business,” said Mahmut, another fisherman.

The currency crisis, rising cost of living and soaring energy prices also weigh heavily on the fishing businesses. Most are family run and many are now struggling to maintain their boats. Additionally, “stocks in Turkey aren’t managed very well and fishing is not regulated effectively, which means losses for fishermen,” Ekin Akoğlu from the Middle East Technical University (METU) in Ankara told dpa. Akoğlu said a bonus system alone cannot contain the invasion, citing the island of Cyprus, where higher sums on offer have failed to dent the problem over the past 10 years. He said it would be better to tackle the issue by commercializing the use of the fish, by making their skins into leather or using them in a medical setting, for example. A university in Iskenderun, some 530 kilometers east of Alanya, has been looking into ways to make the teeth of puffer fish into fillings and crowns for dentistry, according to local media.

Ever since he read about a child whose finger had to be amputated after a puffer fish bite, entrepreneur Özata has wanted to help. He offers local fishermen like Gökmen TL 20 for catching one fish. It then takes eight hours to process the skin into leather. Next, Özata works with local women to create the handmade accessories.

They need around seven fish skins, depending on their size, to make one handbag for example. They discard the remains of the fish as they are poisonous. With three helpers, fisherman Gökmen said he can catch around 100 puffer fish in the space of an hour. He has been pulling the puffer fish out of the water for the past two decades, he explained.

The leather is stronger than other leathers and the distinctive pattern of the fish skin is visible in the products, making it more attractive for buyers, Özata said. His program is small-scale but ambitious. “With the right investor and an effective social campaign, I am sure we can finally help mitigate this problem in a couple of years,” he outlined.