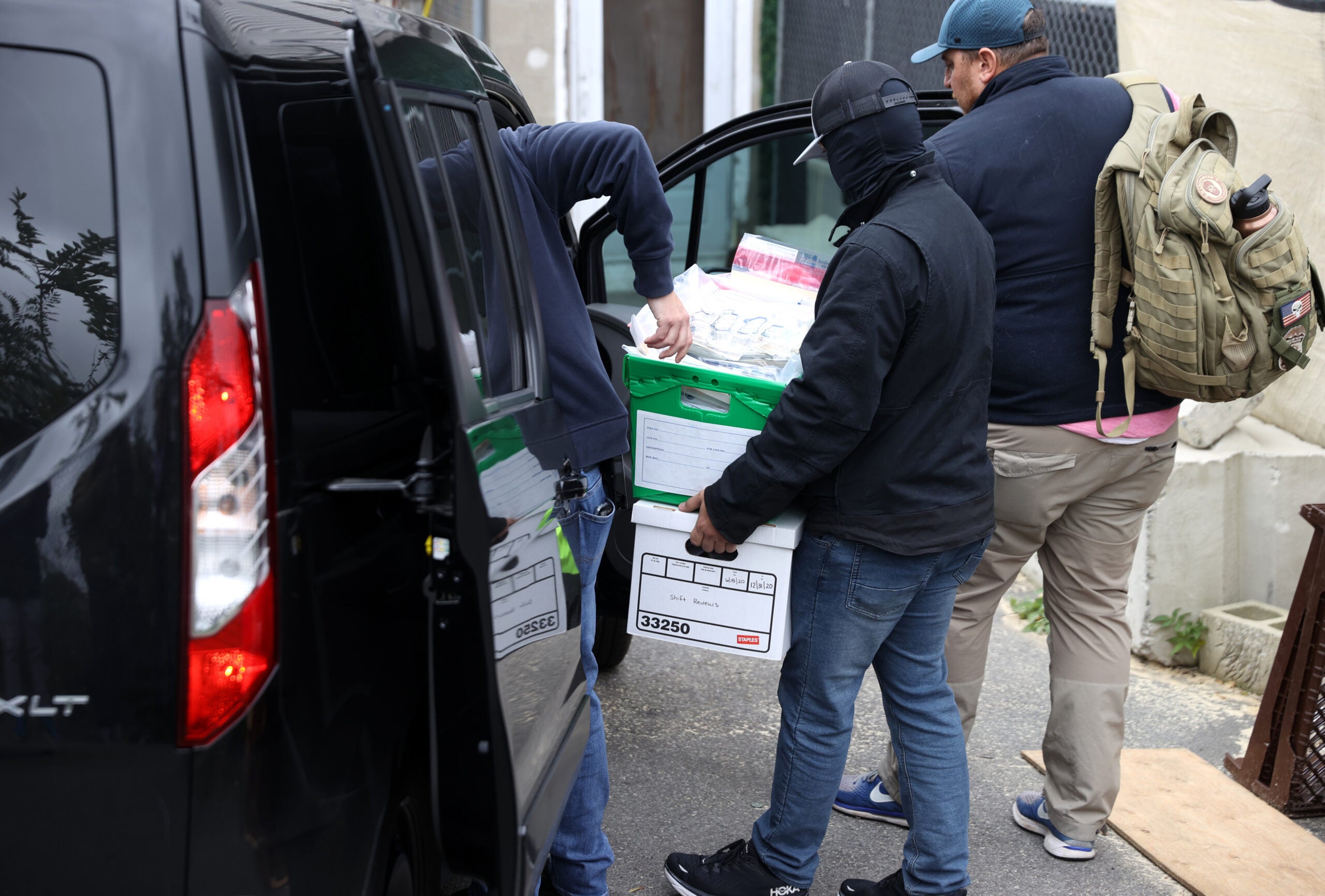 Two Woburn men, a father and son, were arrested Tuesday and face charges of human smuggling involving restaurants they own and operate.

Jesse James Moraes, 64, and Hugo Giovanni Moraes, 42, allegedly smuggled people into the country from Brazil for tens of thousands of dollars. They then employed those people in their restaurants and withheld wages in order to pay off the smuggling debts, prosecutors said.

Chelbe Willams Moraes, the brother of Jesse Moraes and uncle of Hugo Moraes, was also charged. He lives in Brazil.

Chelbe Moraes worked to allegedly smuggle people from Brazil into America for fees ranging from $18,000 to $22,000. Once they reached Massachusetts, Jesse and Hugo Moraes employed them in their two Woburn restaurants, Taste of Brazil—Tudo Na Brasa and The Dog House.

The three men allegedly gave or offered to give fake documentation to those they smuggled into the country to obtain work authorization or support asylum claims. Marcos Chacon, 29, also of Woburn, was charged with the knowing transfer of a false identification document. Chacon allegedly sold these fake documents to those being smuggled at the request of the Moraes men.

Human smuggling is different from human trafficking. The latter involves people being exploited for forced labor or commercial sexual exploitation. Human smuggling involves the services like transportation or the creation of fraudulent documents for people voluntarily seeking illegal entry into another country.

The migrants were paid at least partly in cash, and usually well below minimum wage, according to court documents obtained by WCVB. The Moraes men occasionally issued veiled and overt threats to the migrants about what would happen if they did not pay back their debts.

One source, according to the station, told law enforcement officials that they were smuggled into the country for a fee of approximately $32,000. Half of this was paid up front, and the migrants were required to pay the rest back in $1,450 installments starting six months after they arrived in Massachusetts. The source was allegedly paid $3 per hour for working 7 a.m. to 9 p.m. shifts at Taste of Brazil.

Rams’ Baker Mayfield expected to be active vs Raiders: report