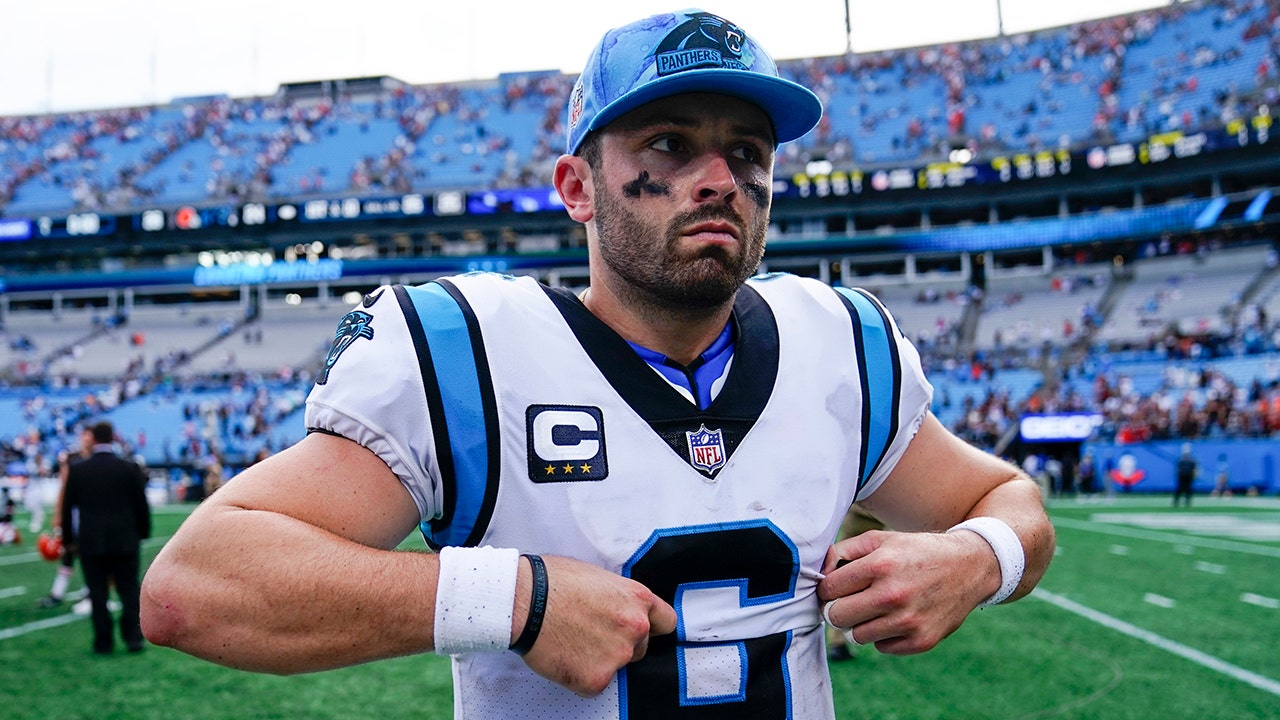 Los Angeles Rams’ fans could see quarterback Baker Mayfield make his debut with the team as soon as this week.

Sources told the NFL Network on Thursday that Mayfield is expected to be active for Thursday night’s game against the Las Vegas Raiders with a real likelihood that he’ll play, just days after beng waived by the Carolina Panthers.

Coach Sean McVay fielded a number of questions about Mayfield’s availability on Wednesday, noting that he “would lean towards” the former Cleveland Browns’ starter being active for the game.

“It’s more about evaluating the totality of some of the other layers to the situation,” he said. “I would lean towards that he’ll be active. Now, whether or not that means that he would play or he would be available in an emergency setting is something that we’re going to continue to work through. Kind of like I said, you’re still trying to give him the appropriate information.”

Mayfield was acquired by the Panthers in the offseason in a trade with the Browns. He won the starting job but was sidelined with a high ankle sprain early in the season and was eventually benched for Sam Darnold.

Sam Darnold, #14 of the Carolina Panthers, celebrates a touchdown during the third quarter against the Denver Broncos at Bank of America Stadium on November 27, 2022, in Charlotte, North Carolina.
(Jared C. Tilton/Getty Images)

He requested to be released on Monday after coach Steve Wilks informed him they would be going with Danrold again with PJ Walker as his backup in this week’s game against the Seattle Seahawks.

​​”We felt we wanted to give him the opportunity to be able to seek whatever him and his agent felt would be the best for them,” Wilks said Monday. “Again, he has been nothing but a professional for us. So I wanted to extend that courtesy.”

McVay spoke highly of Mayfield’s abilities on Wednesday, calling him a “tough competitor.” He added that the Rams feel confident with their decision.

Carolina Panthers quarterback Baker Mayfield leaves the field after a loss against the Cleveland Browns during an NFL football game on Sunday, Sept. 11, 2022, in Charlotte, N.C.
(AP Photo/Jacob Kupferman)

“When you have a player of his caliber come available, and you look at just the circumstances in the situation surrounding our quarterback room, we felt like it was the right move for us. He’s a guy that I’ve always respected his game (and I) liked a lot of things that he brings to the table.”

Matthew Stafford will likely be out for the remainder of the season with a bruised spinal cord while backup quarterback John Wolford continues to battle a neck injury.