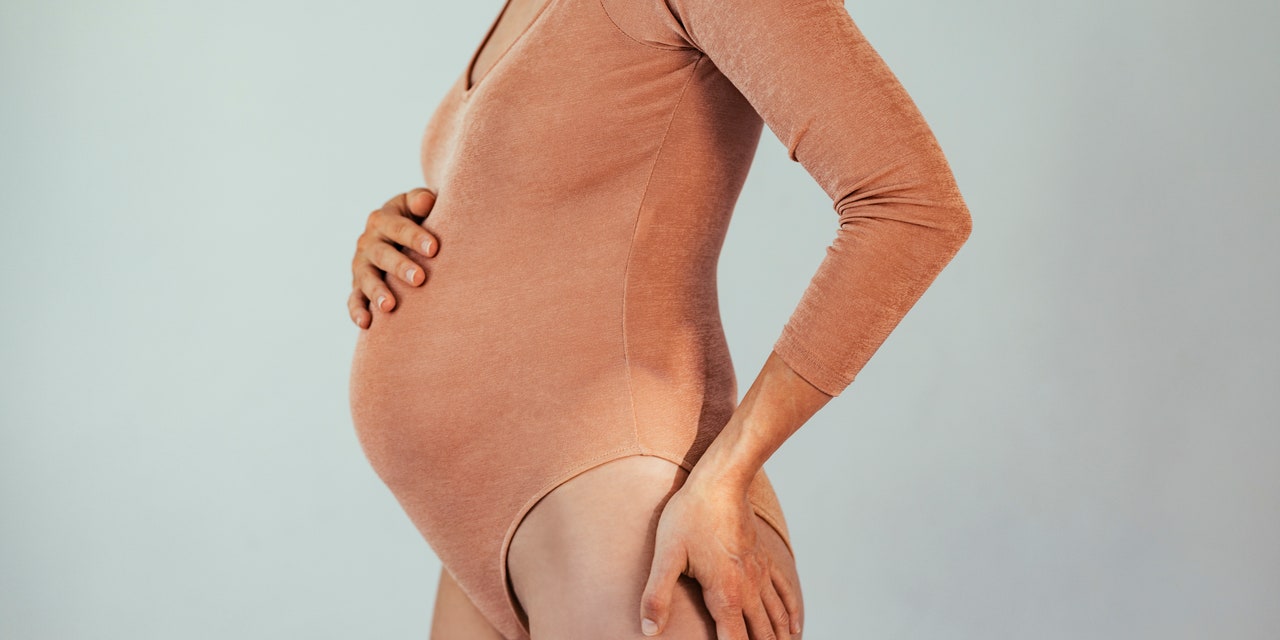 While your stomach is built for handling acid, your esophagus is not—that’s why you feel that uncomfortable burning sensation or the feeling like something is sitting in your throat.

As your pregnancy continues, another contributor to acid reflux is your growing uterus and the fetus pressing up on your stomach, says Clara Paik, M, ob-gyn, vice-chair of the department of obstetrics and gynecology and chief of the division of gynecologic specialties at the University of California, Davis. “The acid is [closer] to the esophagus, plus the [muscle’s strength] is not so good, so stomach acids will go back up,” she says.

2. The foods you crave are probably the biggest culprits.

Some foods and drinks just straight up make acid reflux worse. Two categories of common triggers: foods that worsen esophageal sphincter relaxation, and foods that increase the acidity of the gastric juices, Dr. Elborno says. According to the National Institutes of Health, those can include chocolate, coffee and other caffeinated drinks, alcohol, spicy foods, tomato-based foods, citrus foods, mint, and greasy, fatty foods.

You might notice that some of the foods on this list are the only foods you really want to eat during pregnancy. I know that for a brief period of time, I only wanted to drink seltzer water with lemon in it (like, a whole half of a lemon), and I craved grapefruits, tomato sauce and juice, hot sauce, and literally anything greasy and fried.

“Sometimes those really sour or spicy foods can help with nausea and sound good when you’re not craving anything else,” Dr. Elborno notes. “It can be complicated because it becomes a cycle.” You crave certain foods, they trigger acid reflux, your nausea and food aversions seem worse, and you indulge further on the V8 juice and spicy-sour pickle cravings. All that’s to say that it’s hard to follow dietary advice when you’re pregnant and only have an appetite for certain things. So, do your best and forgive yourself when you just have to eat the thing that you know is going to make your throat burn.

Also, it turns out it’s not my imagination that even water gives me acid reflux. Dr. Paik says that anything that fills up your stomach—even water—can get the acid moving up and out.

On top of avoiding irritating foods, Dr. Paik also recommends eating smaller amounts at each meal. “Don’t eat to capacity or to the point where you’re so full, because then the stomach is going to be bloated, the esophageal sphincter will be more open, and your stomach acids will more easily go into the esophagus,” she explains. Eating upright, not lying down immediately after a meal, and finishing dinner at least three hours before bed can also help.

These modifications have helped me immensely—especially because acid reflux was keeping me up at night. I’ve cut back on some of the foods that were triggering for me, though I still drink coffee each morning, eat tomato-based foods almost everyday (I deeply crave them), and occasionally indulge in greasy, fried foods, and citrus fruit.

4. …So can sleeping upright.

When I do eat foods that I know will make my throat burn, I make sure to do it earlier in the day so that I can suffer the consequences well before bedtime. There was also a period of a few weeks where I used a pregnancy pillow to prop myself up so that I could sleep at an incline instead of completely flat. That seemed to really help reduce my acid reflux. (I still do it on an as-needed basis on nights when it strikes hard.)