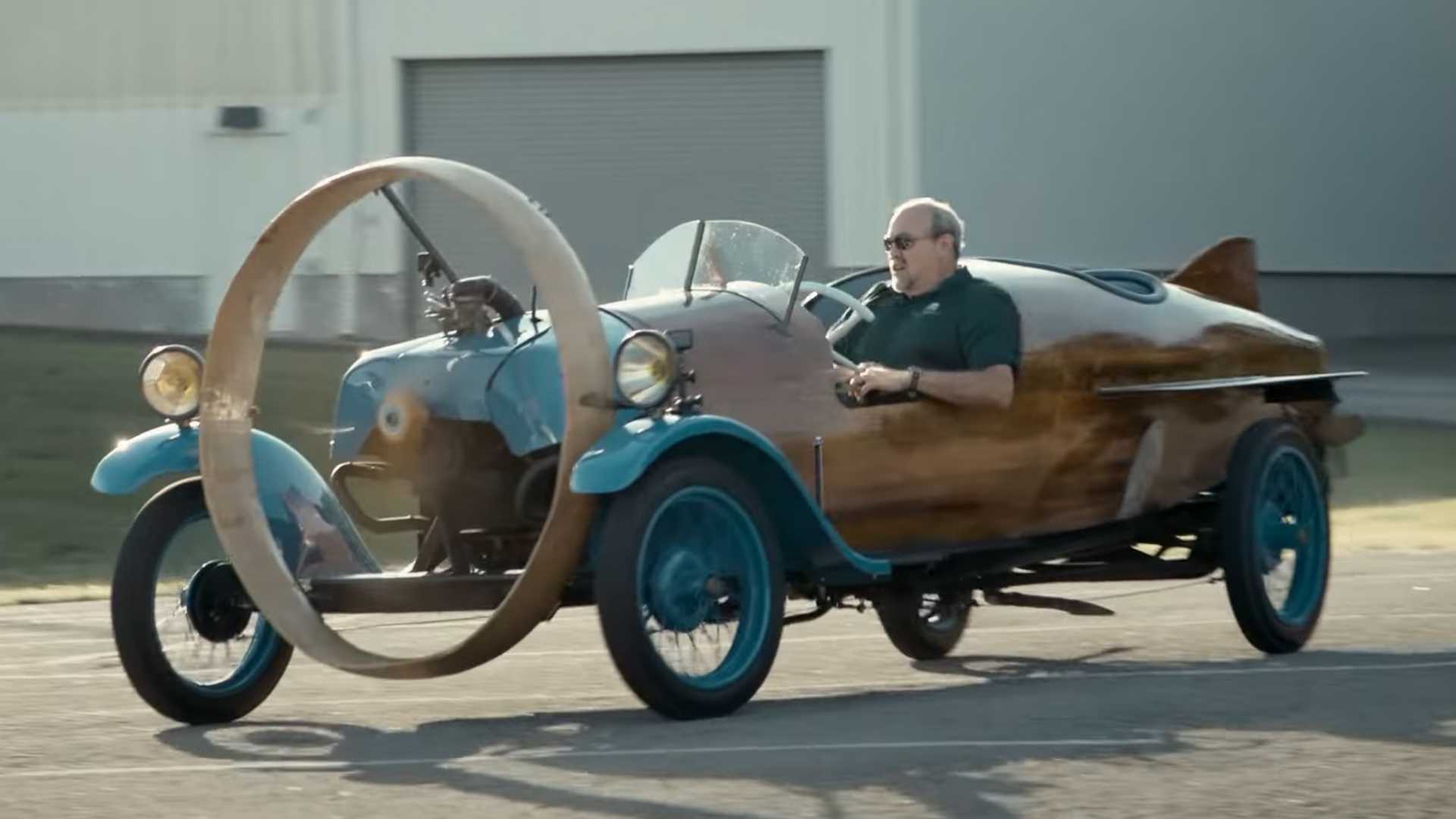 The 1932 Helicron, found in a French barn in 2000, is an automotive unicorn. The old vehicle used a propeller for propulsion, creating a loud, difficult-to-drive car that now resides in Tennessee. A new video from the Barcroft Cars YouTube channel provides a thorough overview of the vehicle that perfectly sums up its quirkiness.

The Helicron was completely rebuilt, and it’s legal for the road, spinning propeller and all. The car has thoroughly been restored with as many original parts as possible. However, some things needed to be fabricated, like the propeller shroud. The gauges also had to be repaired, although the car’s dash is still the original, along with the 19-inch wire wheels, the headlights, brake pedal, steering wheel, light switch, steering gear, and type plate.

It measures 14 feet long, and it steers the rear wheels. The original designers flipped the chassis around, putting the engine compartment at the front and the steer wheels at the back, which makes it frustrating to drive with its large turning circle. It’s length doesn’t help.

The original engine wasn’t found with the car, which was a flat-two motor. Instead, the restoration process saw a more robust and modern engine from Citroen power the propeller, with the crankshaft directly coupled to the blade’s hub. It has a fixed prop with a climbing pitch, which helps the car accelerate because it’s not quick. A simple hill could require the driver to get out of the vehicle to push it, but the steering, accelerator, and brake are easily accessible from outside the car, making it a bit safer to push than a modern vehicle.

The 1932 Helicron is unlike any other car. Instead of an engine spinning a driveshaft that turns the tires, it used a simpler design – a propeller. These cars often used simple and efficient motorcycle engines. The idea never caught on, and many of the propeller-driven vehicles from the era failed to survive. They are testaments to the creativity, ingenuity, and, maybe, our hubris of the time.