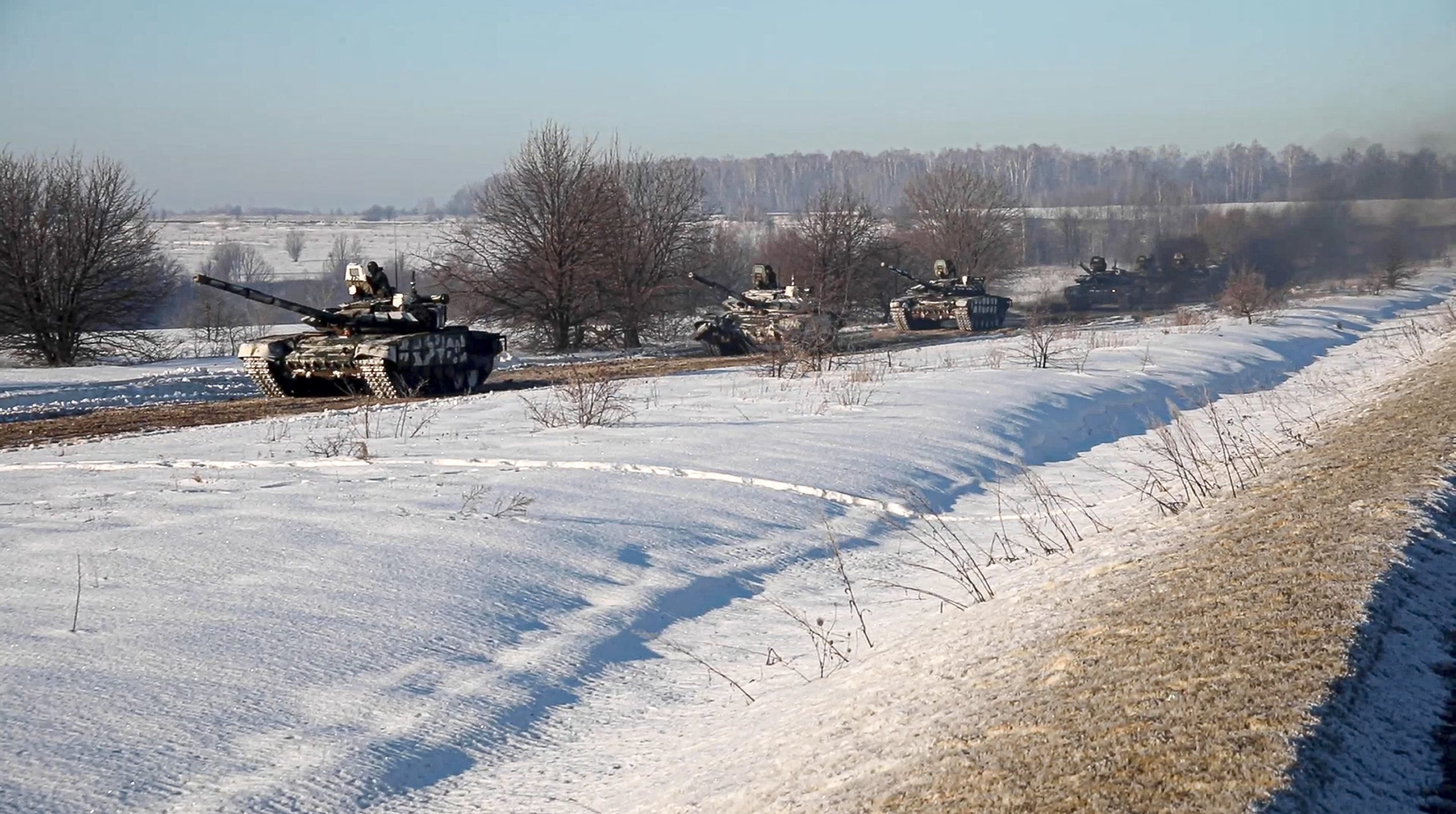 The Dow Jones Industrial Average rose for the first day in four on Tuesday after Russia appeared to be backing away from an immediate invasion of Ukraine, cooling geopolitical tensions that have knocked the stock market down the last three days.

The Russian Defense Ministry said it had begun returning some troops to deployment bases after training exercises near the Ukrainian border.

Russian Defense Ministry spokesman Igor Konashenkov said troops who had recently been posted to Russia’s southern and western military districts — which share a border with Ukraine — had completed their drills and “have already begun loading onto rail and road transport and will begin moving to their military garrisons today.”

WTI crude prices fell more than 3%, while the 10-year Treasury yield jumped to 2.04% as tensions eased. The VanEck Russia ETF, a U.S.-traded fund which invests in big Russian stocks, jumped 7%.

“De-escalating tensions between Russia and Ukraine are helping overall sentiment today, but that isn’t the only good news. US Covid cases are now down 80% from their January peak, another sign the reopening will be moving forward,” said Ryan Detrick of LPL Financial.

In addition to the Ukraine drama, investors got another look at the inflation picture on Tuesday.

The producer price index, which measures final-demand goods and services, increased 1% for the month, against the Dow Jones estimate for 0.5%. Over the past 12 months the gauge rose an unadjusted 9.7%. Excluding food, energy and trade services, co-called core PPI increased 0.9% for the month, topping the 0.4% estimate.

“News that Russia is pulling back some of its troops from the Ukraine border is fueling an early morning bid to equity prices and a retreat in oil prices,” said Kathy Bostjancic, chief U.S. economist at Oxford Economics. “However, NATO is still awaiting confirmation of the pullback, and in the meantime wholesale prices in the US started the year rising at an accelerated pace. This underscores that the Fed is behind the inflation curve, they will need to front-load tightening for this year.”

Wall Street is coming off a volatile Monday trading session. The Dow closed lower by more than 170 points. The S&P 500 dropped as much as 1.2% before ending the day 0.4% lower. The Nasdaq Composite fell 0.9% at one point before closing just below the flatline.

Those moves came as the Russia-Ukraine conflict had appeared to escalate. Secretary of State Antony Blinken ordered the closing of the U.S. embassy in Kyiv, Ukraine, citing a “dramatic acceleration in the buildup of Russian forces” on Ukraine’s border.

St. Louis Fed President James Bullard told CNBC’s Steve Liesman on Monday that the central bank needs to be aggressive in fighting inflation. The consumer price index rose last month at its fastest year-over-year pace since 1982, leading Citigroup and Goldman Sachs to increase their rate hike outlook for 2022 to seven.

“I do think we need to front-load more of our planned removal of accommodation than we would have previously. We’ve been surprised to the upside on inflation. This is a lot of inflation,” Bullard said.

“Our credibility is on the line here and we do have to react to the data,” he added. “However, I do think we can do it in a way that’s organized and not disruptive to markets.”

The Fed releases minutes from its last meeting on Wednesday. Investors will watch it carefully for any new insights on its plans for rate hikes, the inflation outlook or comments on its balance sheet.

“If the reveal is the Fed believes they’re behind the curve… that is interesting, and will have investors on their back foot. They’ll be thinking even more rate hikes and additional tightening,” said Michael Arone, chief investment strategist State Street Global Advisors.