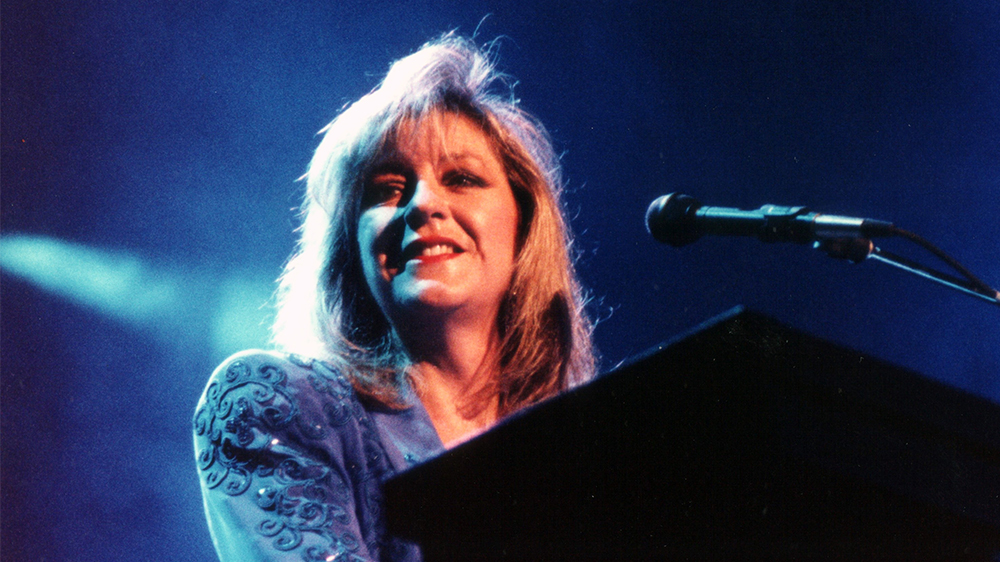 Singer-songwriter-keyboardist Christine McVie, who enjoyed a long tenure in the London-bred band Fleetwood Mac before becoming a key contributor to the group’s multi-platinum success of the late ‘70s, died Nov. 30 after a short illness. She was 79.

Her family released a statement, saying: “On behalf of Christine McVie’s family, it is with a heavy heart we are informing you of Christine’s death. She passed away peacefully at hospital this morning, Wednesday, November 30th 2022, following a short illness. She was in the company of her family. We kindly ask that you respect the family’s privacy at this extremely painful time, and we would like everyone to keep Christine in their hearts and remember the life of an incredible human being, and revered musician who was loved universally. RIP Christine McVie.”

Fleetwood Mac’s statement said, “There are no words to describe our sadness at the passing of Christine McVie. She was truly one-of-a-kind, special and talented beyond measure. She was the best musician anyone could have in their band and the best friend anyone could have in their life. We were so lucky to have a life with her. Individually and together, we cherished Christine deeply and are thankful for the amazing memories we have. She will be so very missed.”

Originally known professionally by her maiden name, Christine Perfect, she first arrived on the charts as a member of the British blues-rock combo Chicken Shack, where she took the lead vocals on the No. 14 U.K. hit “I’d Rather Go Blind,” the band’s 1969 cover of American vocalist Etta James’ 1967 R&B number. She was named best female vocalist by the British weekly Melody Maker in 1969-70.

By that time, she had wed John McVie, bassist for the English blues-rock unit Fleetwood Mac, then led by guitarist and founder Peter Green. She appeared on the band’s sophomore album “Mr. Wonderful” (1968) and on Green’s last record with the group he founded, “Then Play On” (1969).

Joining as a permanent member in 1971, Christine McVie weathered a roundelay of lineup changes within Fleetwood Mac that saw the departures of guitarists-singers-songwriters Jeremy Spencer and Danny Kirwan and the ascent of American singer-songwriter-guitarist Bob Welch.

Over the course of five 1971-74 releases, she grew as an artistic force in the band as a songwriter and lead vocalist, but the band was largely viewed as a journeyman act, forgotten in its country of origin and modestly successful in the U.S. (where it would ultimately take up residence in the late ‘70s).

However, after the arrival of the American duo of Lindsey Buckingham and Stevie Nicks in the band on New Year’s Eve 1974, Fleetwood Mac underwent a transformation and became a pop music juggernaut. Singer-songwriter-keyboardist McVie took an important role in its multi-platinum efforts, with her warmth and gravitas balancing the contributions of her younger new bandmates.

In the early days of the band’s chart dominance, McVie’s voice was usually the one listeners heard coming out of their radios: She wrote and sang two of its breakthrough pop hits from its self-titled 1975 Reprise album, “Over My Head” (No. 20) and “Say You Love Me” (No. 11). With even its deepest cuts gaining traction at album rock radio, the LP climbed to No. 1 and was certified for sales of five million.

As “Fleetwood Mac” was lofted up the charts, the band experienced all the excesses and tensions that sudden fame, great wealth, huge industry leverage and skyrocketing label expectations can bring to a rock group, and the completion of the album’s immensely popular successor “Rumours” (1977) seems miraculous in hindsight.

Writer Dave DiMartino noted in an expanded 2004 edition of the album, “…[T]he most phenomenal aspect of ‘Rumours’ is twofold: 1) It is an extraordinarily good, rich album featuring a superb rock ‘n’ roll band at their very best; 2) in retrospect, it’s remarkable that it was even made in the first place. One of only a handful of records that seamless blend real-life experience and art, the album that defined an era for so many people was an emotionally harrowing affair for each of the band members who made it.”

Buckingham and Nicks’ personal relationship and the McVies’ marriage both disintegrated (the latter owing to Christine’s affair with the group’s lighting director) during the run-up to the release of “Rumours,” but the group translated the friction into a universally embraced song cycle about romantic dissolution. The album shifted more than 19 million copies in the U.S; Christine McVie accounted for the collection’s two sunniest hits, “Don’t Stop” (No. 3) and “You Make Loving Fun” (No. 9). “Rumours” received a Grammy as album of the year in 1978.

Though the band never came close to achieving the commercial attainments of its ’77 peak, it held together as a platinum-plus recording and touring concern into the ‘90s. McVie penned and sang several of the group’s most prominent latter-day hit singles: “Think About Me” (from 1979’s “Tusk,” No. 20); “Hold Me” (from 1982’s “Mirage,” No. 4); and “Little Lies” (from 1987’s “Tango in the Night,” No. 4). The latter song was co-written by McVie’s second husband Eddy Quintela (whom she divorced in 2003).

The late ‘80s and ‘90s witnessed another period of instability within Fleetwood Mac with the departures of both Buckingham and Nicks for solo careers. At the request of Bill Clinton, who employed “Don’t Stop” as the theme song of his 1992 presidential campaign, the ‘70s lineup regrouped to perform the song at Clinton’s 1993 inaugural ball. However, McVie opted out on a 1994 tour, and, after the release of the flop 1995 studio album “Time” and the quintuple-platinum 1997 live set “The Dance,” she announced that she was leaving the band, citing an escalating fear of flying.

However, her exit proved to be only a protracted 18-year retreat, and in early 2014 she returned to Fleetwood Mac’s recording and touring lineup, which by that time also again included both Buckingham and Nicks.

During a 2015 New Yorker interview, she displayed a silver chain on her wrist to writer Rachel Syme. “Stevie gave me this chain,” she said, “It used to have a diamond feather on it. It’s a metaphor, you know. That the chain of the band will never be broken. Not be me, anyways. Not again by me.”

Though the group’s tour of North America, Europe and Australia and New Zealand proved a roaring success, Nicks’ reluctance put a follow-up Mac album on the back burner. However, in 2017, the duo album “Lindsey Buckingham/Christine McVie,” also featuring the band’s eponymous rhythm section, reached the U.S. top 20. But within a year, after a wrangle about a projected tour, Buckingham was ejected from the lineup, proving anew that the only thing permanent about Fleetwood Mac was impermanence.

With her ex-husband and other band members of the ‘60s and ‘70s, Christine McVie was inducted into the Rock and Roll Hall of Fame in 1998.

She was born July 12, 1943, in Bouth in the Lake District of England. Her father was a concert violinist and elementary school music teacher. She began studying the piano at 11; influenced by her brother John, himself a musician, her interest turned to rock ‘n’ roll in her mid-teens.

McVie released three solo albums; her eponymous 1984 release was the only one to reach the American charts, peaking at No. 26.

Between her 1976 divorce from McVie and her 1986 marriage to Quintela, she was engaged for three years to the Beach Boys’ drummer-songwriter-vocalist Dennis Wilson.