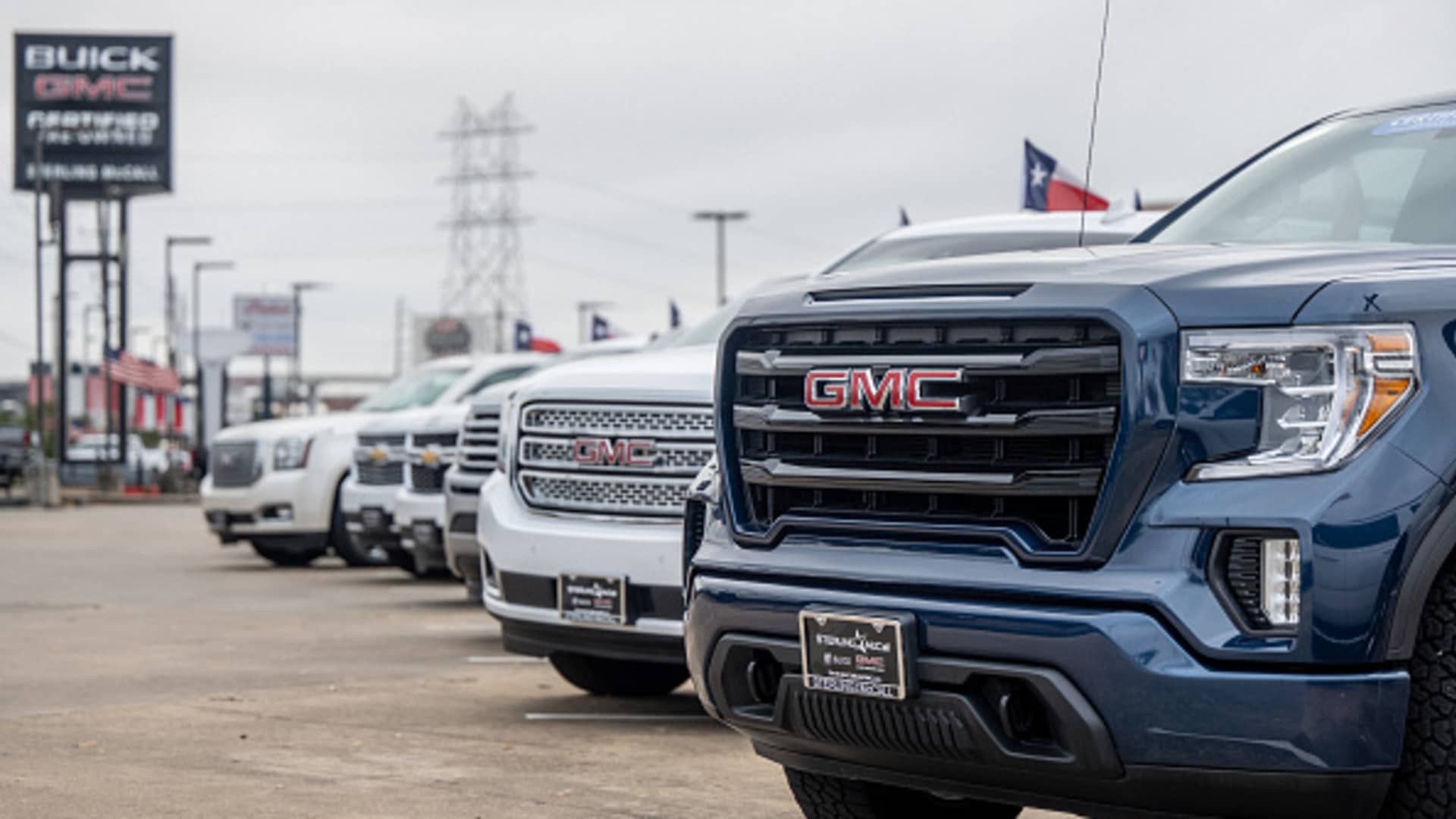 A key ETF for electric and autonomous vehicle stocks suffered an ugly month in September, falling nearly 15% amid fears a recession could slow revenue for the automakers.

The Global X Autonomous and Electric Vehicles ETF closed on Friday at about $20, more than 37% off the group’s 52-week high. It was the second worst-performing month for the group on a percentage basis on record, behind only March 2020 when the overall stock market saw dramatic declines.

Investors are growing concerned that the potential for a recession won’t deter the Federal Reserve Bank from its plan to continue hiking interest rates, which in turn could make new vehicles more costly for consumers and businesses that need to finance the purchases.

Consumers are already grappling with sticker prices that are higher than ever – and with tight supplies that have led some dealers to demand additional premiums. According to J.D. Power estimates, the average transaction price for a new car sold in August was $46,259, the highest on record.

TrueCar analyst Zack Krelle thinks consumers are already beginning to balk at those high prices, especially as inflation drives their other expenses higher – and especially as interest rates continue to rise.

“We’re seeing consumers faced with the reality that to afford the same vehicle at the same monthly payment as last year, they are forced to increase their down payment, which is creating new affordability challenges,” Krelle said in a statement on Thursday. “With increasing interest rates, affordability is being tested.”

It’s likely that automakers’ profits will slump if the U.S. enters a recession. That has put pressure on the stocks of auto giants like Ford Motor (down 27% in September), General Motors (down 18%), and Volkswagen (down 13%), all of which are included in the ETF’s holdings.

It’s also pressuring shares of the suppliers and startups in the EV and autonomous-driving spaces that make up the majority of the ETF’s portfolio. Not only would a recession limit automakers’ ability to invest in new technologies, but higher interest rates — and the market weakness that could accompany a recession — would also make it harder for those smaller companies to raise additional capital from other investors.

Most major automakers are prepared to ride out a recession. But many of the smaller companies in the EV and self-driving spaces could struggle. Some of the names that have attracted investor attention over the last couple of years are still a long way from sustainable profitability and are likely to need additional cash infusions over the next few years.

Some, like EV battery startup QuantumScape (a constituent of the ETF, down 21% in September) may not even have meaningful revenue for several more quarters, much less profits.

Among the ETF’s other big movers in September: