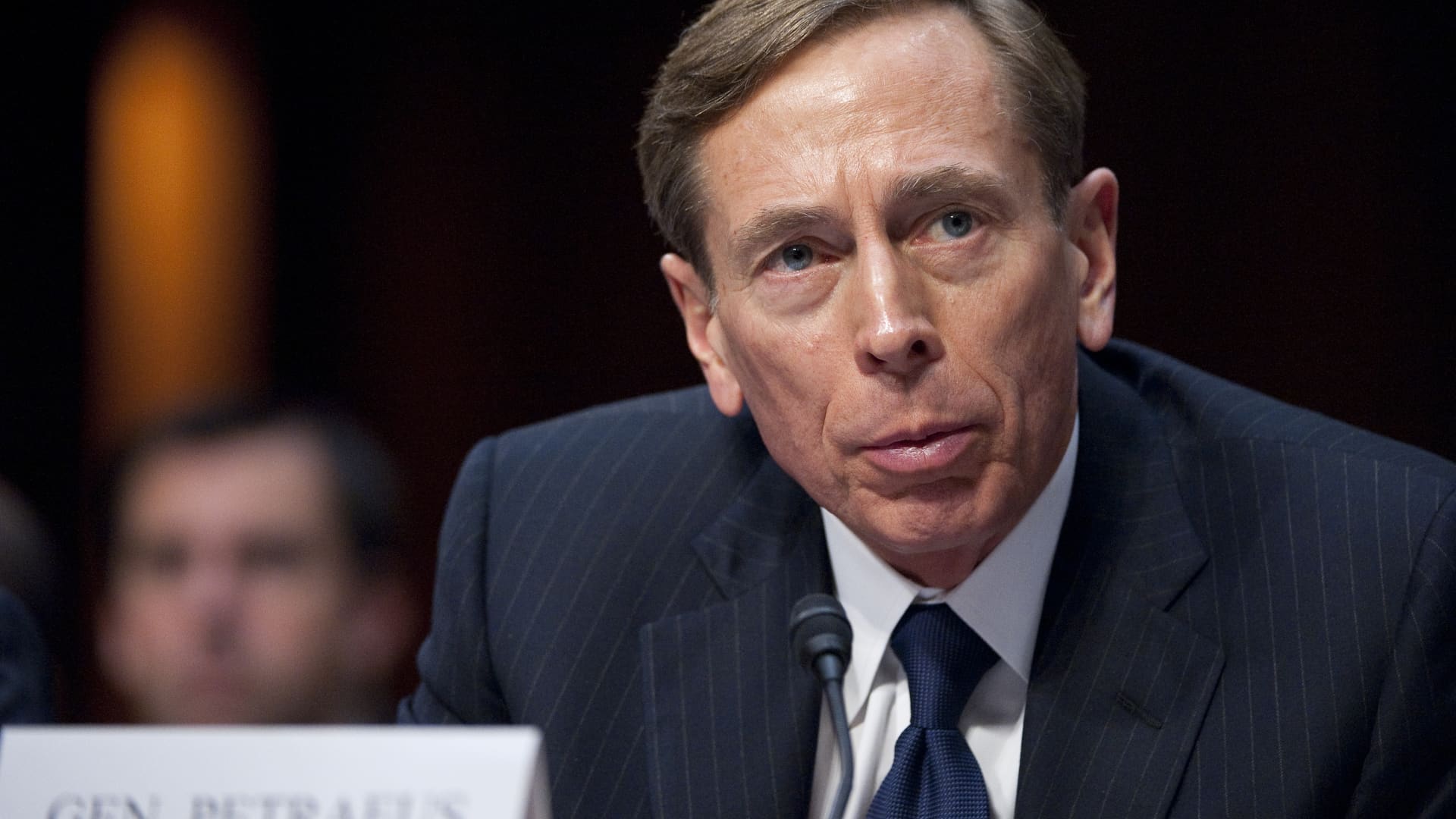 The greatest worry for David Petraeus, a former CIA director and retired U.S. Army general, concerning the war in Ukraine is the potential for unbridled escalation that would result in catastrophic consequences, he told CNBC on Tuesday.

Asked what his top concern was with regard to the Russia-Ukraine conflict, in which the U.S. is heavily supporting Ukraine to the tune of billions of dollars in military aid, Petraeus replied, “just as a general category, it’s just [the risk of it] spiraling out of control.”

“I think it is legitimate for U.S. leadership and for leadership of other countries to avoid starting World War III, as the phrase has been termed,” the retired general told CNBC’s Hadley Gamble at the Warsaw Security Forum in Poland.

Leaders in Ukraine and the West are grappling with Russian President Vladimir Putin’s threat of using nuclear weapons. Uncertainty over the likelihood of such action hangs over decision-making, even as Ukrainian forces stage bold counteroffensives in territory that Russia has illegally annexed.

Western policymakers must adequately signal their moves and refrain from going too far in terms of offensive military action against Russia, Petraeus said.

“Remember, in the beginning, there were these calls for no-fly zones over Ukraine, which I thought was just not fully thought through,” he said, recounting the urging by Ukrainian officials during the war’s early months to establish the defense mechanism that would enable U.S. planes to shoot down Russian jets in Ukrainian airspace.

“Because when you put U.S. aircraft into that airspace, and Russian aircraft … you can’t fly our aircraft without taking down the air defenses that could shoot them down. And now you’re into a U.S.-Russia war. And again, I think it’s understandable that U.S. leadership and that of other countries should have concerns about a spiraling beyond — as horrific as this is — a spiraling beyond where we are right now in the war in Ukraine.”

Over the weekend, Ukrainian forces successfully recaptured the strategic town of Lyman in Ukraine’s eastern Donetsk region, one of the four territories Putin announced as belonging to the Russian Federation in a speech Friday. Counteroffensives in the country’s south are also underway, amid reports of low Russian troop morale and Ukrainian forces capturing Russian units.

Still, battlefield success does not mean that Russia can’t retaliate in other ways, Petraeus stressed.

“Keep in mind, the one element Russia still will retain, even as it is losing on the battlefield in Ukraine, is the ability to punish Ukraine,” he said, describing the countless bombings and missile strikes against major civilian centers.

Russia “can continue to carry out missile and rocket and bomb attacks, as it has, almost petulantly. You saw when the counteroffensive was succeeding outside Kharkiv, they pounded certain areas, and they’re not going after military targets,” Petraeus said. “They’re going after the electrical generation stations, the electrical transmission, other civilian infrastructure — almost again as if to punish the people for what their military forces are doing, all major violations, by the way, of the Geneva Convention.”

In response to Putin’s threat of using all weapons at his disposal, the Biden administration replied that any use of nuclear weapons would be met with a “decisive” U.S. response. What exactly that response would entail was not disclosed.

Institute for the Study of War

“So again,” the former CIA director said, “it’s really about the situation just spiraling out of control in some way. Which is why it’s so important that as our national security advisor in the U.S., Jake Sullivan, has publicly stated, it’s very important that we have communicated in advance to the Russians, ‘if you do this, you can expect something along the lines of this’ — noting that obviously, there will always be a range of options presented to the president. And it depends specifically on you know, what happened, all this, that would determine what a response would be.”

“But we don’t want to start getting into some kind of climbing the nuclear ladder with Russia,” he stressed, “which could spiral out of control.”

A Ukrainian BM-21 ‘Grad’ multiple rocket launcher fires towards Russian positions in Donetsk region on October 3, 2022, amid the Russian invasion of Ukraine.

“I don’t think for all of the grievance-filled rhetoric that we heard the other day in his speech, I don’t think that he is suicidal,” he said. “I don’t think he wants to bring about the end of the Russian Federation as he knows it — I mean, the irony is that this is someone who despised Gorbachev,” he said, referencing Mikhail Gorbachev, the last leader of the Soviet Union, whom Putin and many Russians blame for its collapse.

Putin has long decried the collapse of the Soviet Union as the most catastrophic historical event of the 20th century.

But Putin, Petraeus argued, “is doing colossal damage to the Russian Federation on a scale that Gorbachev did to the USSR, because of this incredibly catastrophically bad decision to invade his neighbor.”