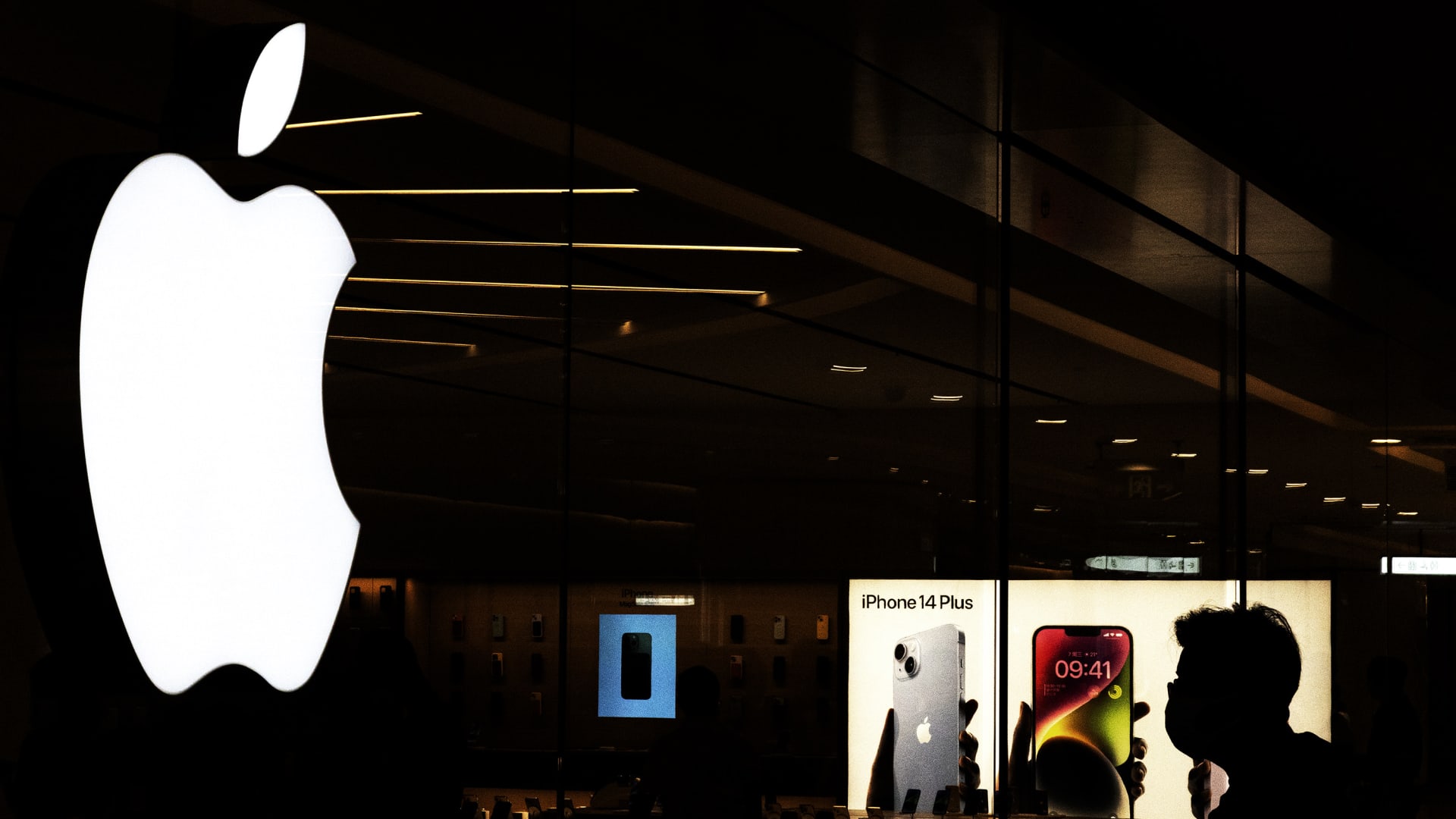 It’s been a tumultuous year for tech companies, as investors flee growth stocks in the face of rising interest rates and other headwinds. Apple has held up better amid the tech carnage, with its year-to-date losses at 21% down — smaller than the overall Nasdaq index , which is down around 30% in the same period. The company’s China exposure has become an Achilles’ heel for a stock that has held up as other major names, like Alphabet and Microsoft , lost support and broke to new lows for the year. Apple is 6.5% of the S & P 500 market cap. Still, the tech giant has been hit by Covid-19 lockdowns in China and protests across the country. Two investors faced off on CNBC’s ” Street Signs Asia ” on Wednesday to make a case for and against buying the stock. Bear case: growth set to be ‘harder’ Jordan Cvetanovski, chief investment officer of Pella Funds Management, believes that growth for Apple is “going to be harder and harder and harder going forward.” “They rely a lot on the consumer continuing to convince themselves that an Apple 14 is a must have over an Apple 13,” he said. “The fact is, the bigger you are — to grow at that 7%, 8% clip — at some point … it’s going to be much more difficult and you have to rely heavily on pricing and asking more and more of your consumers to pay more and more for the services. And at some point there’s going to be some pushback,” he said. Cvetanovski added that as a very big business, it “takes a lot to move the needle.” He conceded that it’s a “wonderful” company with steady cash flows, and a good alternative to “expensive” consumer staples such as Nestle . “It’s definitely one to own at a certain valuation. I think the valuation reflects how safe it is and how it’s perceived to be safe. I just think short term, medium term, there are some risks and there might be better alternatives out there,” he said, adding there are companies “somewhat as safe as Apple” that are growing. Bull case: Apple is ‘solid as a rock’ Apple is a company with “a lot of room for innovation,” said Ross Gerber, CEO of investment management firm Gerber Kawasaki. Gerber believes that owning Apple is “solid as a rock.” “Tesla, every day I have to deal with volatility. I got to deal with what Elon does every day. And then I own Apple, and it’s like, it’s solid as a rock,” he said. Gerber said that when assessing the risk-reward of the stock, it still “makes for a good place in a portfolio.” He added that Apple’s a “cashflow king” that distributes its capital “super efficiently” to shareholders. “If I can earn over 10% on an investment like Apple with such a level of margin of safety, it seems to me like yeah, it’s not an ASML which is growing at, let’s say, 30% but has risk,” he said, referring to the Dutch semiconductor firm. “So you own these different stocks in your portfolio, but I think Apple fits that part of your portfolio perfectly.” “And that’s why Warren Buffett owns it for 40% of Berkshire Hathaway,” Gerber added. — CNBC’s Patti Domm contributed to this report.