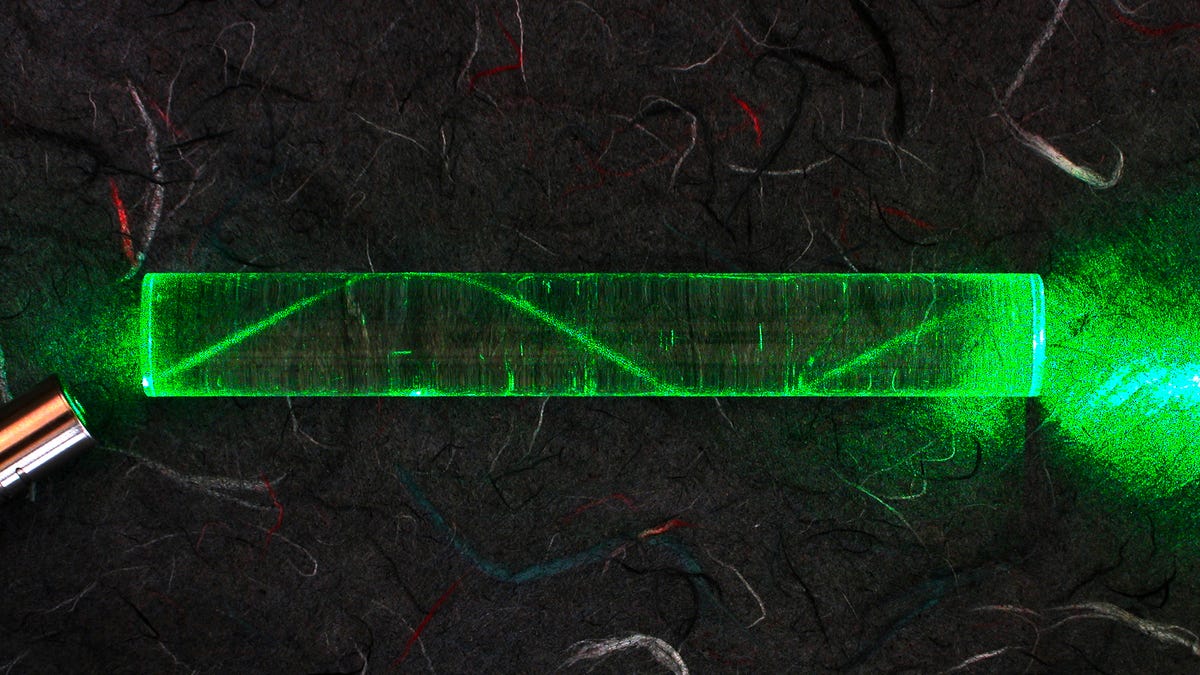 Six months after researchers from Japan’s National Institute of Information and Communications Technology (NICT) set a new data transfer record of 1.02 petabits per second, a team of researchers from the Technical University of Denmark and Chalmers University of Technology in Sweden has shattered that record, hitting 1.84 Pbit/s with a new chip that uses just a single laser. That’s the equivalent of moving “twice the total global Internet traffic,” all in one second.

Although many of us now have internet connections at home fast enough to stream movie theater quality video content at resolutions surpassing 4K, there’s lots of room for improvement when it comes to internet speeds in general, as anyone having to wait several hours to download a new AAA game to a modern video game console will attest. The internet still can’t deliver everything we need in the blink of an eye, but there’s a light at the end of the tunnel: specifically, an infrared laser shining down a bundle of fiber optic cables.

The same way the capacity of a highway can be expanded by simply adding more lanes (which doesn’t reduce traffic, by the way), internet speeds can be increased by simply adding more cables to deliver data. But endlessly upgrading the internet’s capacity that way just isn’t feasible. Researchers are studying ways to improve how existing infrastructure moves data more efficiently, which is what makes this recent record-breaking research even more impressive.

As detailed in a paper recently published in the Nature Photonics journal, the research team developed a new optical chip that functions as something called a frequency comb. Light from a single infrared laser source enters the chip, where it’s split into a rainbow spectrum of hundreds of different colors that can each be encoded with data by modulating three specific properties of each frequency: its amplitude, phase, and polarization. Those hundreds of specially modulated frequencies are then recombined back into a single beam, which is transmitted down a fiber optic cable, and then decoded on the other end.

In experiments, the team successfully transmitted data using this technique at a rate of 1.84 petabits per second through a fiber optic cable made up of 37 cores over a distance of 7.9 kilometers. To put that in perspective, if you’re lucky enough to have a fiber connection to your home delivering 1-gigabit or even 10-gigabit internet speeds, this record is the equivalent of having a 1,840,000-gigabit connection to your home. You’ll probably want to make sure your ISP doesn’t charge you for overage fees.

However, that new world record seems like snail mail speeds compared to what the researchers theoretically believe the potential for this new single chip approach is, given it’s also highly scalable. Data transmission speeds of up to 100 Pbit/s could be possible, which is the equivalent of 12,500 TB, or 12,500,000 GB of data, being transferred every second. Is there a waiting list we can put our names on?