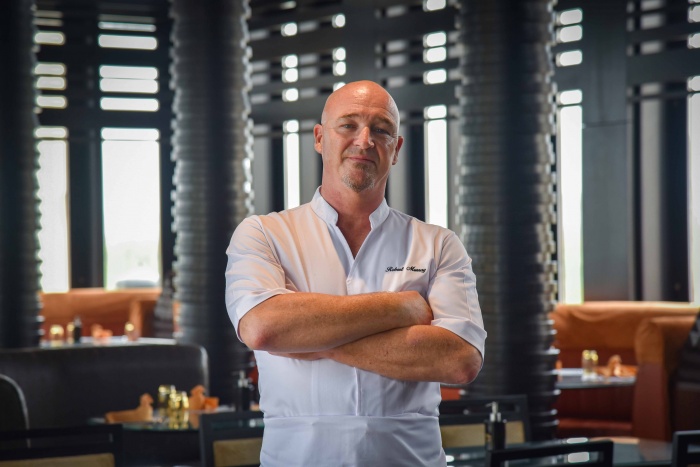 Robert has established an admirable reputation in the hospitality industry, with experience in eight countries across luxury, upscale and large catering outlets. His most recent role for Marriott International as Director of Culinary, in charge of F&B operations in Ubud saw him develop concepts for two venues, as well as deal with the pre-opening budgets and hire key managers in his departments.

Prior to his time in Bali, Robert spent 20 years building an impressive resume with luxury brands such as Starwood Hotels & Resorts, Kempinski and a number of top institutions in the United Arab Emirates and Australia. He worked under two Michelin-starred Chef Donavan Cooke and has amassed a number of awards, including a chef’s hat in Sydney’s “Good Food Guide” and a variety of silver and bronze medals in international culinary competitions from Germany to China.

His experience in catering for large crowds, including 25,000 over three days at Dubai World Cup for Nad al Sheba and leading teams of up to 250 people will be evident when he accommodates six Michelin-starred chefs for the Al Baleed Food Festival in November 2022.

As Executive Chef at Al Baleed Resort Salalah by Anantara, Robert will be responsible for directing all culinary operations and development of the hotel’s three outlets including Sakalan, Al Mina and Mekong, as well as Spice Spoons Cooking Class and Dining by Design experiences. With a huge passion for sustainability, Robert will create a hydroponic farm within the resort to help grow more fresh produce on-site. His wealth of knowledge on Asian food and traditions will be highlighted with exciting new additions to the menu at Mekong and on theme nights at Sakalan.

His understanding and expertise will further drive the resort’s position as the number 1 resort in Salalah, as awareness grows of the excellent culinary offering at the hotel.

“I’m thrilled to take on this new challenge in Salalah and look forward to working with Anantara and the knowledgeable team at Al Baleed Resort. Hosting the food festival in November is sure to be a profound highlight of my first six months at the property, and I look forward to supporting the team and developing new recipes and strategies to deliver beyond expectations for our guests. Sustainability will be a key focus, and the hydroponic farm is just one feature that I look forward to implementing on this path” Robert says.