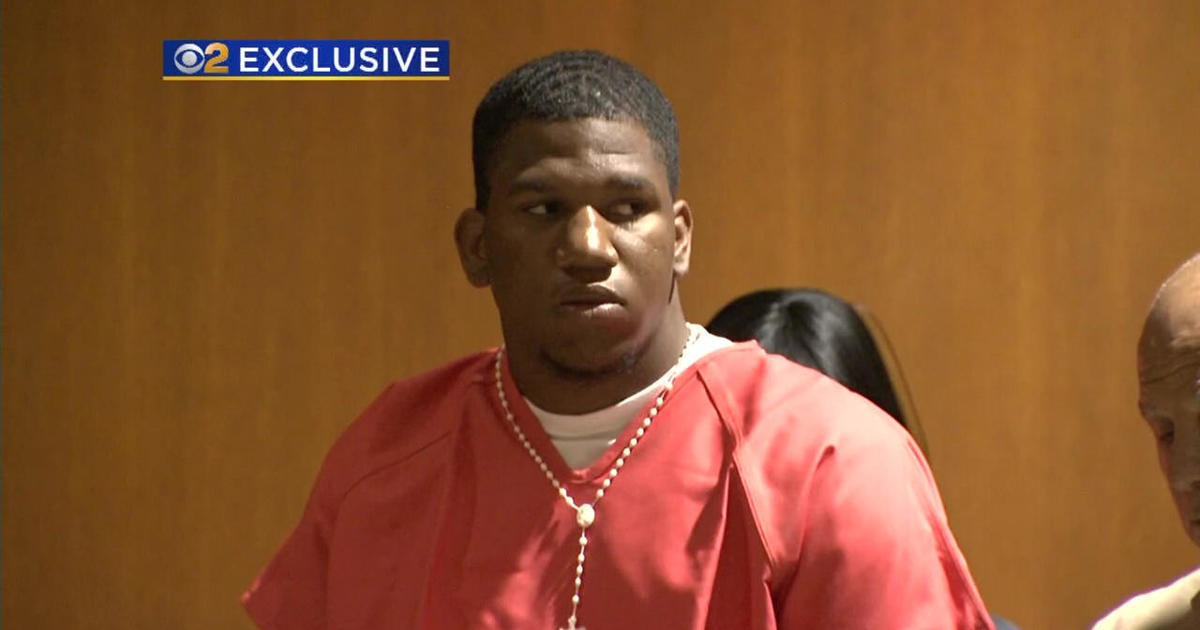 NEW YORK — Here’s a story about a murder case that ended with a wrongful conviction.

Shamel Capers was 16 years old when he went to prison for a crime he did not commit. The Queens native spent the next eight years trying to prove his innocence.

CBS2’s Kevin Rincon spoke exclusively with Capers about how he got his murder conviction thrown out.

Capers spent all those years in prison for a crime he always maintained he did not commit.

Capers was accused of being the second shooter in the killing of 14-year-old D’Aja Robinson. She was an honors student caught in the crossfire of a gang dispute while on a Q6 bus in Jamaica, Queens while coming home from a friend’s birthday party.

Robinson was beloved, and that made for an emotionally charged case back in 2013.

“It was kind of hard for people to see the facts with the tragedy that happened as well,” Capers said.

“You have a 14-year-old girl here who was innocently shot and killed and you want to bring the person who did this to justice,” said Winston Paes, Capers’ attorney.

Paes says in this case, they got their man.

Police originally arrested Kevin McClinton, a gang member, and charged him with murder. In fact, he’s still in prison.

But a year after the shooting, another known gang member told prosecutors Capers was also involved. In exchange for his testimony, which was later recanted, that gang member was given a significant sentence reduction on an unrelated charge.

“So what are you left with, what you’re left with is the fact that Shamel spent eight years in prison for a crime he did not commit,” Paes said.

In vacating his conviction, Queens District Attorney Melinda Katz wrote, “We could not let miscarriages of justice stand,” adding, “This motion might not be easy for [Robinson’s family] to accept, but they can take comfort in knowing that the solely culpable individual, Kevin McClinton, will be spending a very long time in jail, perhaps the rest of his life.”

“I feel like I missed out on everything. Imagine that time spent from 15 to 24,” Capers said.

Capers finished high school in prison. He had a daughter he didn’t get to see grow up. He missed time with his sisters. He longed for the freedom he now has.

“I cried. I sat at the end of my mother’s bed. It feels really good for my family to be whole again,” Capers said.

His lawyers worked to secure his release for four years. Once a prosecutor, Paes has been on both sides of what he calls the best criminal justice system in the world.

“Being the best doesn’t mean it’s good enough. I think what this shows, and what all these other cases show, is that we have a long way to go,” Paes said.

For Capers, his journey, he hopes, will offer inspiration to others.

Even if that day is years in the making.