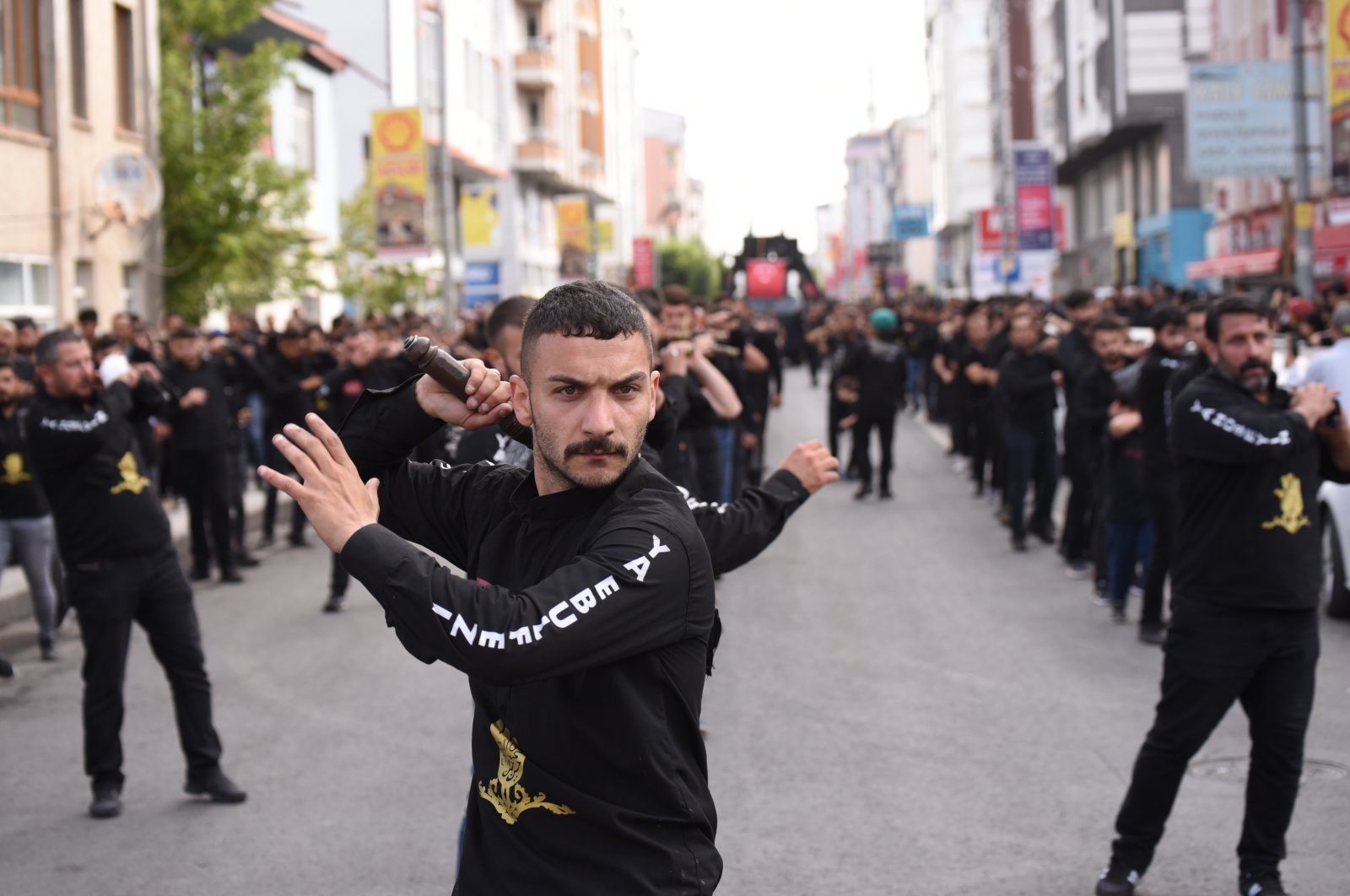 Grief united Muslims again on Ashura Day marked on Monday. Shiite Muslims remembered the anniversary of a harrowing chapter in Islamic history with mourning processions, while Sunni Muslims shared their grief and served ashura, a dessert named after the day.

The Jafari community of Shiite Islam, concentrated in Istanbul, as well as eastern provinces bordering Iran, including Kars and Iğdır, held two days of events where they dressed in black to remember the Battle of Karbala.

The word “ashura” means “10,” referring to the date of the holiday in the Islamic calendar, in the month of Muharram. For Shiite Muslims, Ashura Day is a major occasion, commemorating the martyrdom of Prophet Muhammad’s grandson, Hussein ibn Ali, and all his companions in Karbala, located in modern-day Iraq. They observe morning prayers and rituals representing martyrdom, while reenactments and plays are performed to keep his memory alive.

The Battle of Karbala occurred in A.D. 680 and is regarded as major strife between the Muslim faithful. Hussein and his companions were slaughtered in the battle after they refused to pay allegiance to Yazid, the Umayyad caliph of the time after negotiations between the two sides failed. It was a seminal incident that is viewed as paving the way for the separation of the Muslim faith between Shiites and Sunnis.

Shiite Muslims consider the day of Ashura a day of sorrow and observe it as such by reading and listening to sorrowful poetic recitations, dressing as mourners and avoiding celebrations such as weddings and other traditions. Shiites dress in black and wear red headbands with messages commemorating Hussein, as they march in the streets, with some participating in bloody rituals like self-flagellation and shedding blood as true to tradition. Bloody rituals are abandoned in modern times and instead, most members of the Jafari community prefer donating blood to charities while self-flagellation is downgraded to slightly touching one’s chest or back with lighter objects.

Many cities across Turkey also hold commemorative events, with recitation of prayers held in the memory of Karbala martyrs.

Sunni Muslims also revere Ashura Day as one of respect for the Prophet Moses who led believers’ rescue from the oppression of Egypt’s pharaoh. Therefore, the day also has significance for Jews and Christians. Some Sunnis observe fasting on this day, though it is not compulsory. The day also marks the day Noah left the ark. Ashura the dessert is made in memory of this event. According to legend, Noah made this dessert, also known as Noah’s pudding, on the ark by mixing whatever ingredients he had left on the ark.

Issuing a message on the occasion, Ali Erbaş, head of the Presidency of Religious Affairs, said the Karbala incident has been a symbol of resistance, an honorable struggle against injustice. “The month of Muharram makes us almost relive that unspeakable sorrow. This tragic incident, which deeply hurt Muslims, has been the expression of the same suffering, same sorrow for centuries for Muslims, regardless of their sect, culture, race or country of origin,” he said. “(Hussein) and his companions who were martyred in Karbala, those symbols of justice, bravery and high morals, took their place in the hearts of the faithful. Those who killed them have been condemned to dark pages of history,” he said in a written statement on the occasion. Erbaş noted that the Muslim world was again in a season of sorrow, citing wars, invasions and poverty. “Many more lives are becoming victims of strife and terror in the Islamic world. In those difficult times, we have to remain devoted to Allah, to the path of the Prophet Muhammad and adhere to the Quranic verse: ‘The believers are but one brotherhood.’ We have to interpret Karbala and other tragic incidents correctly and move forward with common sense to defeat present-day strife,” he said.