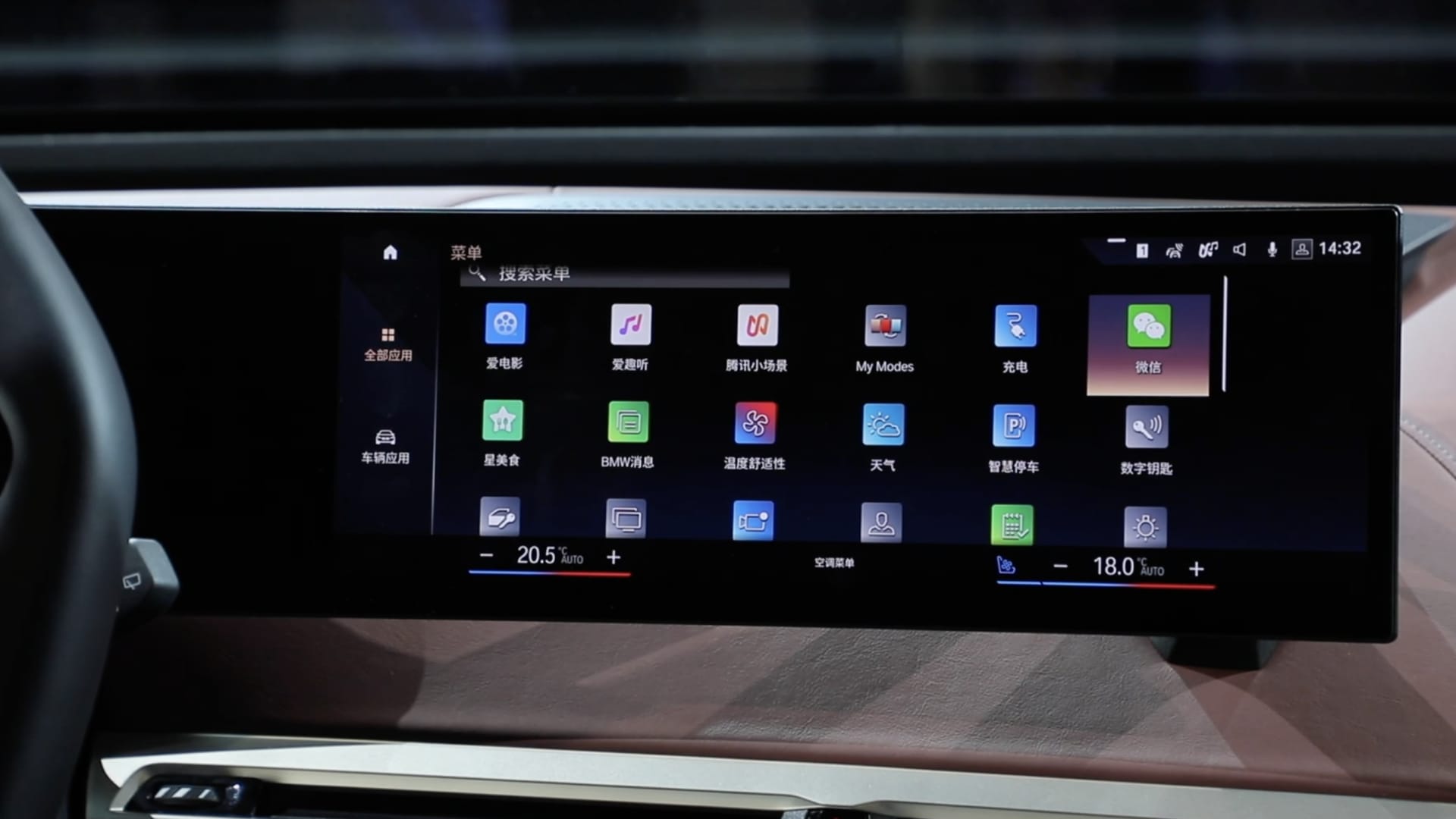 BMW and some U.S. automakers are already working with Tencent, said Liu Shuquan, vice president of Tencent Intelligent Mobility, which is part of Tencent’s cloud business. Speaking to CNBC on Friday, he declined to specify which American carmakers it’s working with.

The all-in-one cloud product — also available for domestic automakers — can cover all technological aspects of an electric car, the company claimed. Those features range from storing data in a way optimized for training autonomous driving systems, to giving drivers access to Tencent’s social media and map apps.

The user interface may be a selling point for China’s drivers considering how Tencent dominates an array of the top online entertainment apps in China.

The company has played the role of Facebook in China with its ubiquitous WeChat messaging, payments and social media app — something tech rivals Baidu and Alibaba have yet to come close to.

In entertainment, Tencent has other apps as well: QQ Music, one of the two main Spotify-like apps in China; Tencent Video, which offers on-demand streaming content including reality shows and animated series; as well as popular mobile games like Honor of Kings.

Tencent Maps is the third most-popular navigation app in Apple’s App store in China — the top two belong to its key rivals Alibaba and Baidu.

All cars letting passengers or drivers access Tencent apps from the vehicle’s platforms need to have an agreement with Tencent, Liu said.

Those app-level partnerships started in 2018, around the same time Tencent Cloud began working with automakers for autonomous driving services, the company said.

Players in China’s auto industry are increasingly betting that local drivers will want more autonomous driving features, which are essentially assisted-driving functions due to regulation of current technology.

Already in the first quarter, 23% of new cars sold in China came with a limited level of assisted driving, referred to as “Level 2” in a classification system for autonomous driving, according to Tencent.

“The data is owned by [the] OEM, the consumer,” Liu said, referring to original equipment manufacturers which provide components and parts for another company’s product.

“We just provide cloud service to store that data. The second thing is we provide a whole ecosystem. That ecosystem not only include[s] our own service and content but also our partners’.”

BMW did not immediately respond to a CNBC request for comment. SAIC and Nio representatives spoke at Friday’s launch event for the “Tencent Intelligent Automobile Cloud” product.