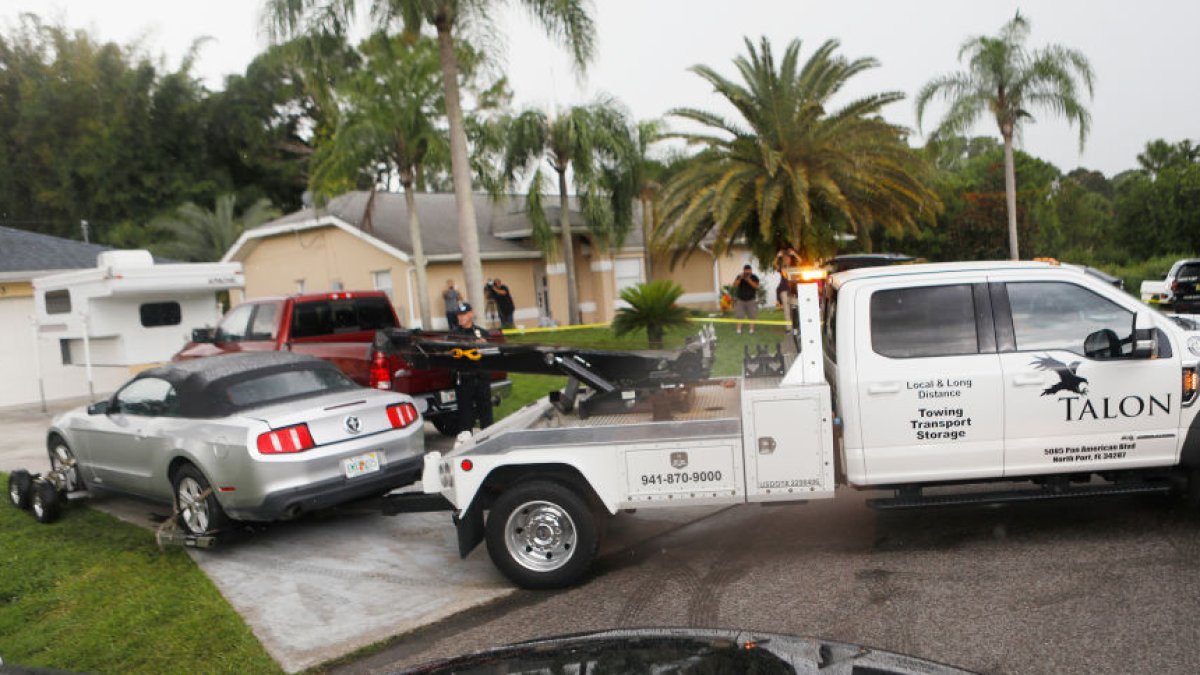 It has been 16 days since Gabby Petito’s fiancé, Brian Laundrie, allegedly told his parents he was going for a hike in a sprawling Florida nature preserve.

He hasn’t been seen since, despite scores of law enforcement searching the unforgivable terrain in what has become an all-out manhunt for the FBI’s prime person of interest in Petito’s disappearance. Why?

At least one seasoned investigator, a retired federal marshal with three decades of experience searching for — and finding — people who were on the run, says he doesn’t think Laundrie was ever in the Carlton Reserve in the first place.

In an interview with News 4, Craig Caine, who supervised members of the New York/New Jersey Regional Fugitive Task Force before his retirement from the U.S. Marshals Service, said he believes Laundrie was never in that nature preserve at all.

“I think it was all a ploy. He had plenty of time to calculate those moves,” said Caine, who has no involvement in the Petito/Laundrie case but who offered an expert opinion based on 30-plus years working such mysteries in the United States and abroad.

Caine says there is one “critical moment that changed my mind” as far as where he thought the investigation would lead. In his view, it all comes back to that silver Ford Mustang Brian Laundrie’s parents told police their son drove to the Carlton Reserve on Sept. 14. He left behind his phone, which the FBI has since confiscated.

Laundrie’s parents went to the preserve after their son didn’t come home. They found the Mustang. They drove it home. Three days later, they called police to tell them that Brian Laundrie was missing. That, for Caine, was the critical juncture.

“You’re gonna leave your son out in the preserve with no form of communication and no way to get home? Does that make sense to anybody?” Caine asked. “I don’t even think he was ever in that preserve.”

The FBI and local law enforcement briefly seized that Ford Mustang as part of their investigation and have since returned it to the Laundrie family. It’s unclear what, if anything, of forensic note they found inside of it to assist in their investigation.

Caine says he isn’t surprised they haven’t found Laundrie yet, either. But he does think, eventually, he will be located.

“This isn’t reality TV. This is a real-life situation, which leads me to believe this was well-orchestrated, well-planned and he had a lot of time and resources,” Caine opined. “This guy will be found, maybe not sooner but he will be found later.”

Earlier this week, the FBI took over as lead investigative agency from North Port, Florida, police and said their ongoing search of the Carlton Preserve would involve a more scaled-back, highly targeted approach. North Port police have stopped releasing daily updates to the media on their efforts since that happened.

“Like anything else, you have to vet every lead. Leads that could possibly be credible you have to exhaust it to the fullest,” Caine said when asked why the FBI would continue to search that particular location. “They have to finish their search so they feel comfortable enough where they could move on to another area.”

“We’re not magicians, we don’t have a magic wand. We have to go find what we uncover as investigators. Unless you have hard evidence where he could possibly be, it’s going to be a waiting game,” Caine said. “One day, somebody in the public is going to see this guy and they’re gonna call in a tip and a local cop on the beat might see him hitchhiking or walking through the woods or a game preserve warden or in a foreign country … someone is going to see him at some point.”

In his experience, Caine says places with an abundant homeless population unfrequented by police were areas people evading law enforcement might try to blend in. The FBI hasn’t given any public indication of where they may search next if their efforts in the 25,000-acre Carlton Preserve do not yield signs of Laundrie.

In response to Caine’s comments, Laundrie family attorney Steve Bertolino told News 4 Thursday that he has “no comment on what uninvolved people think. They are just guessing.”

The investigation is active and ongoing. Just this week, a Florida county sheriff’s office said it handed FBI agents surveillance video of a campground Laundrie and his parents visited overnight in early September. They didn’t say what it showed.

The FBI has also seized the phone Brian Laundrie left at his family’s home before his parents said he went to the Carlton Reserve for a hike on Sept. 14. That phone had been purchased on Sept. 4, two days before the Laundrie family went to Fort De Soto Park for that overnight camping trip, family attorney Bertolino confirmed.

On Sept. 11, the family of 22-year-old Gabby Petito reported her missing to authorities in Suffolk County, New York. This is a timeline of events that led to the report and things that have occurred since.

Bertolino says it was Brian Laundrie who opened an AT&T account for that phone. The lawyer also confirmed the trio went to Fort De Soto Park, about a 64-mile drive from the Carlton Reserve, but he says all three left the camp together.

That was six days after Brian Laundrie returned to his Florida home alone in the white van he and Petito had taken on their cross-country road trip. And it was four days before Petito’s mother, Nichole Schmidt, reported her missing on Sept. 11.

Investigators have said, though, the young woman’s cellphone had been turned off since about Aug. 27.

Through Bertolino, Brian Laundrie’s parents have consistently said they had nothing to do with their son’s disappearance. In a statement this week, Laundrie’s’ parents described any rumor that they helped him vanish as “just wrong.”

They offered their hope to Petito’s family as they searched for her, and their condolences when Petito’s remains were confirmed to have been found in a Wyoming national park the couple had visited on their cross-country trek.

The young woman’s death has been ruled a homicide, meaning she was killed by another person, but medical examiners in Wyoming haven’t disclosed how she died pending further autopsy results.

Laundrie is the FBI’s prime person of interest in Petito’s disappearance, officials have said, but he has not been charged with crimes relating to it at this point.

Last week, federal officials charged Laundrie with a single count of unauthorized debit card use, alleging he used a Capital One Bank card and someone’s personal identification number to make non-permitted withdrawals or charges worth more than $1,000. Officials have said they now believe those transactions were likely made during a time period after Petito was already dead.

They have not said whose debit card Laundrie is accused of using illegally.

That outstanding arrest warrant, while not connecting Laundrie to Petito’s death, gives law enforcement the grounds to at least hold Laundrie if they find him.

Officials urged anyone with information on Laundrie — whether about his current whereabouts or any potential involvement in Petito’s death — to contact the FBI. With online sleuths and theories multiplying by the day, the FBI and police have been deluged with tips about possible Laundrie sightings from as far off as Canada.

None have panned out so far.

As law enforcement continues to search for Brian Laundrie, a person of interest in the disappearance of Gabby Petito, an attorney for the Petito family welcomed help from TV stars Dog the Bounty Hunter and John Walsh, while imploring Brian Laundrie to cooperate with authorities.