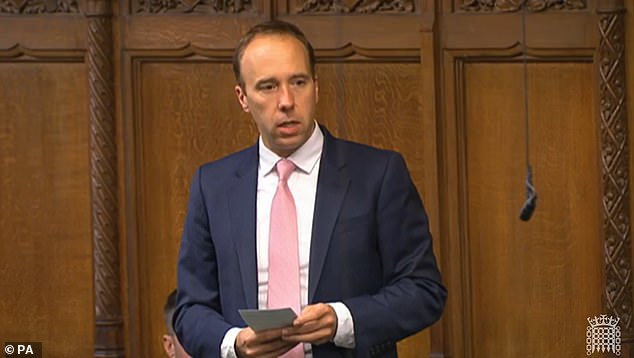 Matt Hancock has claimed that he felt pressured by Michelle Mone’s ‘extraordinarily aggressive’ lobbying to try to help a firm win a contract to supply Covid lateral flow tests.

In his explosive Pandemic Diaries, the former health secretary accuses the Tory peer of sending him a ‘threatening’ message complaining the company she was helping had not secured a lucrative deal.

Mr Hancock says in his book, which is being serialised on The Mail+ and in the Daily Mail, that by the end of the email she had ‘worked herself into a complete frenzy’ and was throwing around ‘wild accusations’.

The allegations will come as a fresh blow to the former lingerie tycoon – nicknamed ‘Baroness Bra’ – who is already facing questions over whether she benefited financially from the profits of a different company.

She is under investigation by the House of Lords Commissioners for Standards for allegedly failing to declare an interest in the firm PPE Medpro which won a £200million Government contract at the height of the pandemic. 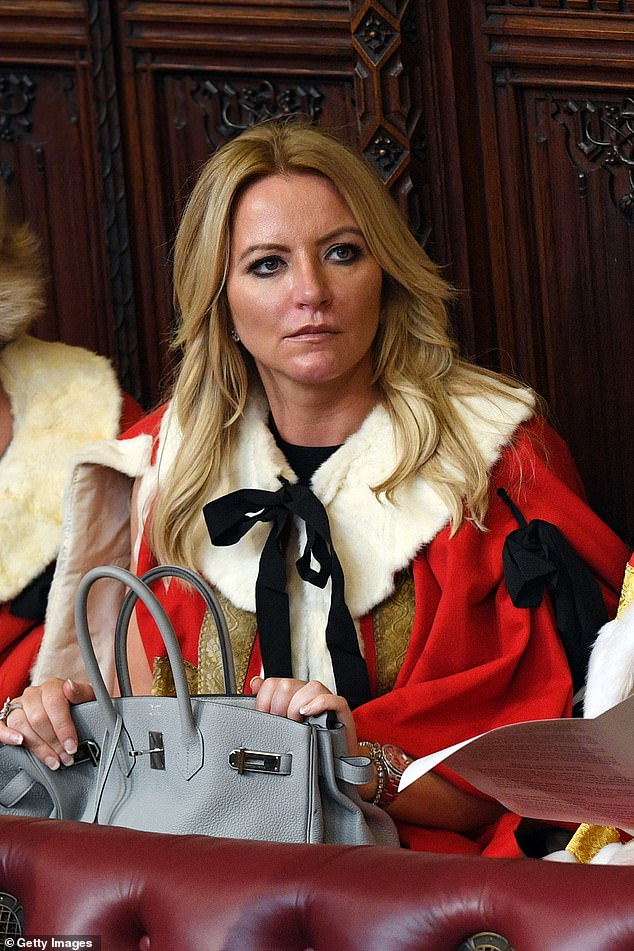 In his explosive Pandemic Diaries, the former health secretary accuses Michelle Mone of sending him a ‘threatening’ message complaining the company she was helping had not secured a lucrative deal.

But now Mr Hancock has revealed that the baroness demanded his ‘urgent help’ with a second company – which he has not named – in June last year.

In his diaries he writes: ‘Baroness Michelle Mone has sent me an extraordinarily aggressive email complaining that a company she’s helping isn’t getting the multi-million-pound contracts it deserves.

‘She claims the firm, which makes lateral flow test kits, ‘has had a dreadful time’ trying to cut through red tape and demanded my ‘urgent help’ before it all comes out in the media.

‘I am going to blow this all wide open,’ she threatened.’

In his book, Mr Hancock adds: ‘By the end of the message, she seemed to have worked herself into a complete frenzy and was throwing around wild accusations. ‘I smell a rat here. It is more than the usual red tape, incompetence and bureaucracy. That’s expected! I believe there is corruption here at the highest levels’.’

He continues: ‘She concluded by urging me to intervene ‘to prevent the next bombshell being dropped on the Government’.

‘I read the message again, stunned. Was she threatening me? It certainly looked that way.’

Mr Hancock said further investigation revealed that the company she was representing had not won any contracts because it had not passed the rigorous validation tests.

He said he chose to ignore the message adding: ‘I will simply not reply… I won’t be pushed around by aggressive peers representing commercial clients.’

Yesterday, a representative for Baroness Mone declined to comment.

She has previously denied benefiting financially and has claimed she ‘was not connected to PPE Medpro in any capacity’.

Mr Hancock’s claims come as the baroness is also accused of trying to ‘bully and hector’ two other ministers into awarding contracts to PPE Medpro.

The Tory peer was reported to have aggressively lobbied Michael Gove and Lord Agnew in May 2020 to secure lucrative business for the company which supplies face masks and medical gowns.

Mr Gove, then-Cabinet Officer minister, was said to have been left so exasperated by her insistence that he described her as a ‘right pain in the arse’, the Sunday Times reported.

She allegedly wrote to him and Lord Agnew, who was his deputy in charge of procurement, on their personal email addresses.

‘We have managed to source PPE masks through my team in Hong Kong. In order to commit to this 100,000 [masks] per day could you please get back to me ASAP as freight will also need to be secured,’ she said, according to the newspaper.

Despite using the phrase ‘my team’, the baroness failed to formally declare an interest in the firm.

Her tone was said to have changed when she felt the government was taking too long to respond, pressing Lord Agnew again via email and telephone attempting to ‘accelerate’ the process.

‘She was rude, abrasive and bullying… her hectoring tone was very irritating,’ a source familiar with the exchange told the Sunday Times.

PPE Medpro was eventually awarded two contracts worth more than £200million without tender but the gowns from China were never used after failing NHS quality checks.

A government source was said to have stressed that ministers did not make decisions on who contracts were awarded to.

Baroness Mone has been facing mounting pressure since it was reported that a secret offshore trust, from which and her children, is believed to have received £29million from PPE Medpro’s profits.

The funds were allegedly transferred into the Isle of Man trust by Douglas Barrowman, now her husband, who according to leaked documents was paid at least £65million by PPE Medpro.

The allegations have led to growing calls for the Tory whip to be removed from the 51-year-old who was appointed peer in 2015.

But the Conservatives said she would retain the whip while the National Crime Agency investigates, adding that the Lords standards committee probe into the allegations was ongoing.

A team from the NCA international corruption unit are examining a range of offences that may have been committed, including bribery and fraud.

Mone and her husband, Mr Barrowman, 57, have repeatedly denied any wrongdoing.

The baroness is also accused of breaching the Lords Code of Conduct by failing to declare an interest in PPE Medpro as well as lobbying for it to win lucrative deals.