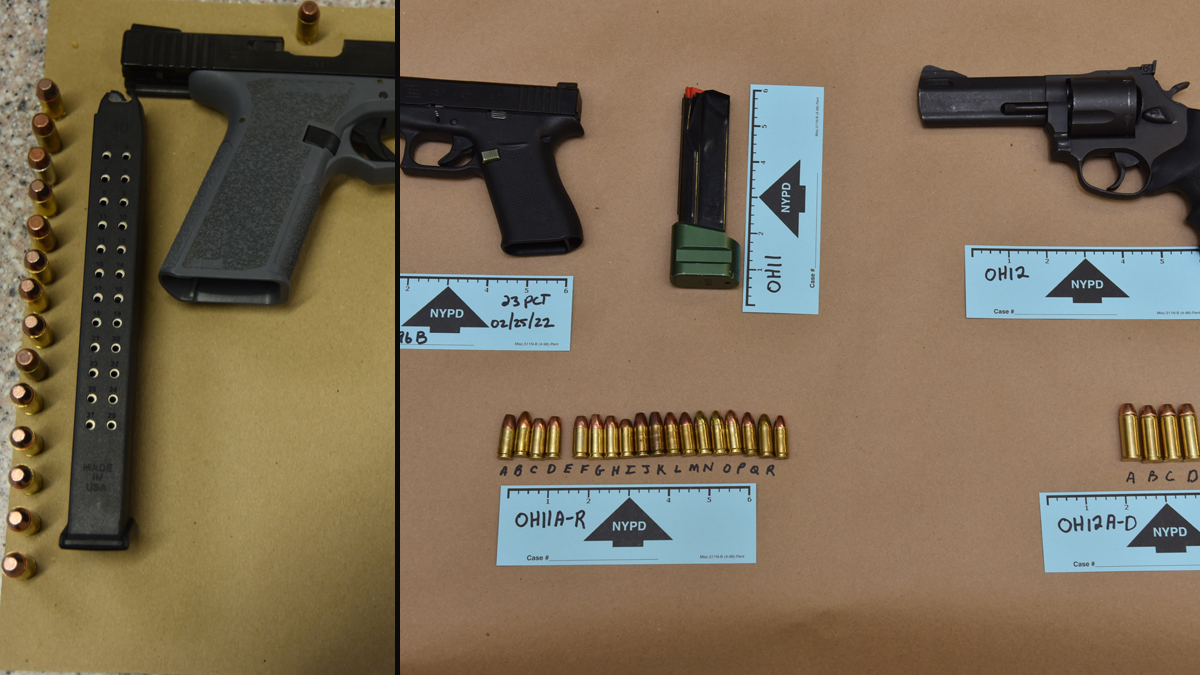 More than a dozen alleged members of a highly sophisticated criminal group tied to a series of murders, attempted murders, violent armed robberies and shootings in Manhattan over the last year are charged in a 90-count felony indictment out of Manhattan and face RICO charges as part of a sweeping joint investigation, authorities say.

Ten of the defendants are covered in the Manhattan indictment, which includes multiple counts of enterprise corruption, reflecting the sophisticated nature of the operation. Federal RICO charges against the other six members of the group, known as “Own Every Dollar” (O.E.D.), were also unsealed as part of the parallel Southern District of New York probe.

According to court papers and authorities, O.E.D. members terrorized multiple Manhattan neighborhoods over the course of a year, targeting nightclubs and restaurants in Washington Heights, Midtown and the Lower East Side. It was allegedly part of highly structured criminal operation that involved oaths of loyalty, meetings to plan criminal behavior and written rules that could be changed only by a membership vote.

Sixteen members of the ‘Own Every Dollar’ gang — an offshoot of the Trinitarios gang, which was responsible for the 2018 killing of Lesandro “Junior” Guzman — are facing a 90 count indictment, after prosecutors said the gang waged a violent war on NYC streets. Adam Kuperstein reports.

The group facilitated its own reputation by having certain individuals commit acts of violence for position-jockeying alone, both to improve their statuses within O.E.D. and to improve the status of the group itself, prosecutors said.

Some members rented luxury vehicles to use as getaway cars, while others were allegedly tasked with acquiring guns and scouting out potential victims. According to court documents, some members of the group committed robberies while others fenced stolen jewelry and watches. When victims resisted, they were pistol-whipped or shot, court papers say.

A few robberies and one shooting happened in the Bronx, prosecutors said, but the overwhelming majority of the violence was confined to the borders of Manhattan.

Among the alleged crimes in the indictment: Members of O.E.D. allegedly shot and killed a man, Jeffrey Sanchez, as he walked toward his parked car outside the Opus Lounge on West 202nd Street in September 2021. Two O.E.D. members charged him, with one shooting him in the back, prosecutors say. The duo then stood over the dying man, ripping his watch and jewelry off him as he lay motionless on the sidewalk, according to court documents.

The indictment covers three other non-deadly shootings and 15 armed robberies, with the frequency of the robbery sprees intensifying in the fall of 2021, prosecutors said. At least 14 different firearms were acquired and used by O.E.D. in the year-long window described in the indictment, authorities say.

The 10 defendants hail from Manhattan, Queens and the Bronx as well as Paterson, New Jersey. None faces fewer than seven felony counts.

“This carefully structured criminal enterprise developed elaborate schemes to carry out robberies and violence, including tracking their victims before premeditated attacks,” Bragg said in a statement. “Today we have made New Yorkers safer by taking major violence drivers off the street, but we know we have much more work to do.”

“These individuals lived by a brutal code of street violence – where firearms were recklessly pulled out and indiscriminately fired, where innocent lives were disregarded, where families and neighborhoods were traumatized and torn apart,” Sewell said. “Now they will no longer be able to terrorize New Yorkers. And make no mistake: Organized groups like this do terrorize. They sew fear and disorder, and they show zero respect for the lives of the people who reside and work in the neighborhoods where they wreak havoc. The vast resources and untiring efforts of the NYPD and our law enforcement partners, across multiple agencies, are concentrated on the nexus of gangs, guns, and drugs that drive much of the crime in New York City. And all the people we serve are safer today because of our collaboration.”