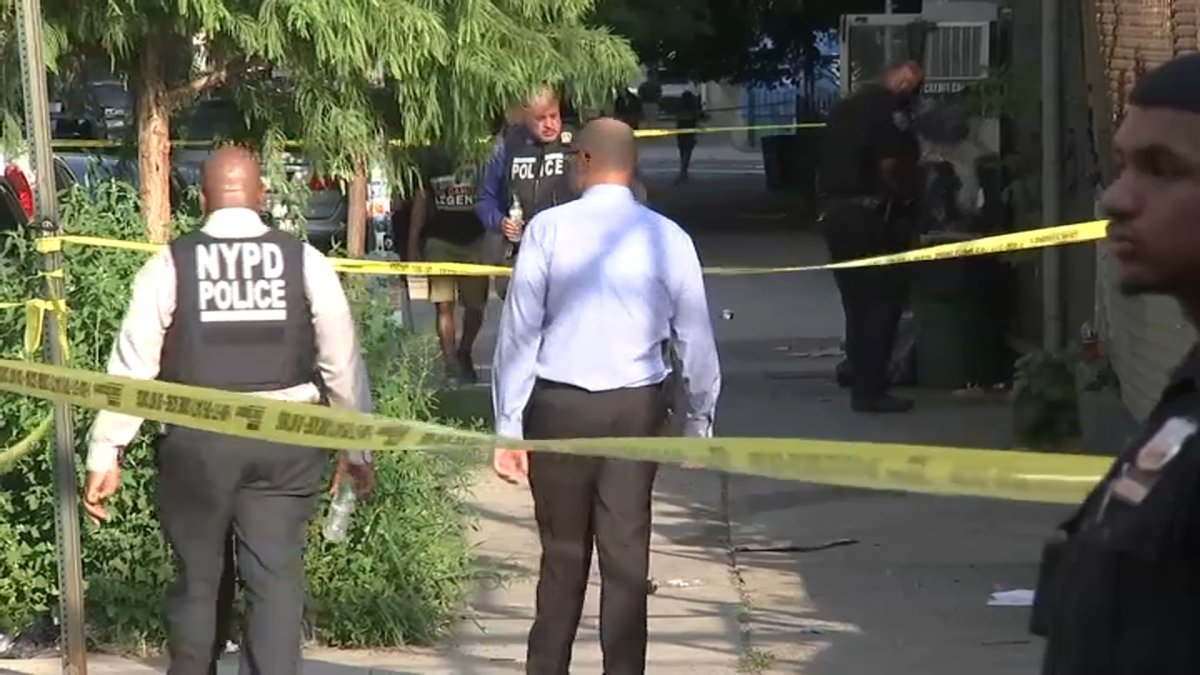 A teenager has been arrested in the deadly shooting of a 14-year-old boy outside an East Harlem deli who was saying goodbye to his old neighborhood, police said.

The 17-year-old faces a slew of charges after he was arrested on Monday, according to police. The unidentified teen was charged with murder, attempted murder and two counts each of assault and criminal use of a firearm.

He turned himself in along with an attorney, police said, but attorney information for the alleged shooter was not immediately available.

Justin Streeter, who had just moved with his family out of the Manhattan neighborhood to Plainfield, New Jersey, was with another teen to get some quick snacks at the deli on East 128th Street, between Lexington Avenue and Park Avenue, around 4:30 p.m. on July 19. A gunman on the street corner opened fire as they left.

Streeter was shot in the head. The other teen, a 15-year-old, was hit in the leg by a bullet as he ran away. He was expected to recover, as is a good Samaritan who police say helped treat his injuries.

Cellphone footage showed cops desperately trying to save Streeter as he lay on the ground wounded. He later died at a hospital, police said.

Seven shell casings were recovered at the scene, according to three police officials. The suspect fled west on 128th Street. at the time

There was no information regarding a potential motive in the shooting, which is believed to have been targeted. It remained unclear what the shooter’s relationship to the Streeter or the other teen was.

A witness told police that they knew Streeter and that the family had just moved to New Jersey. The witness, who did not want to be identified for fear of his safety, said the teen had stopped back in the neighborhood to say final goodbyes.

“They supposedly had moved out to New Jersey to create a new life and get out of the ghetto, and they came to say goodbye to their loved ones and friends. And sure enough, it was the last goodbye,” the witness said.

An investigation is ongoing. Anyone with information on the shooting is asked to call Crime Stoppers at 1-800-577-TIPS.

Azores: what does the killer’s wife know? Ruth. is now being interrogated again