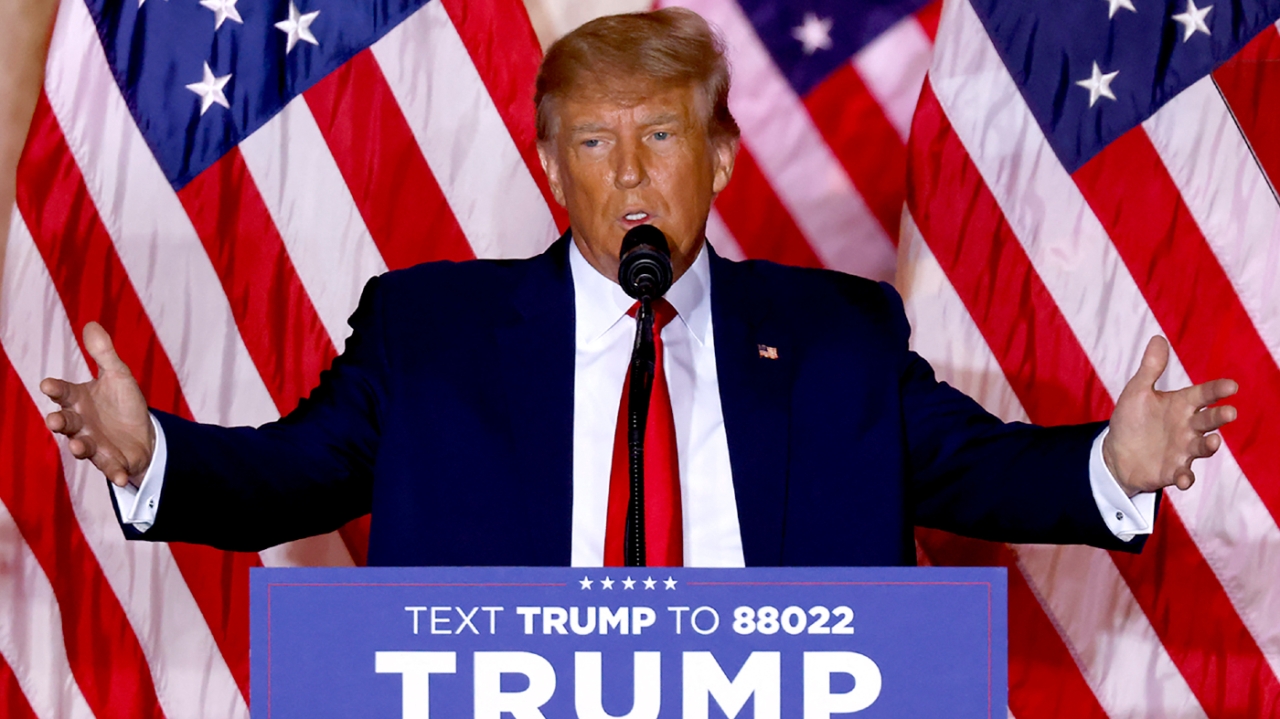 Former President Trump suffered a double blow on Tuesday with Herschel Walker’s defeat in Georgia’s Senate runoff and, roughly 750 miles away in New York, the Trump Organization and a related company being found guilty on all counts in a fraud trial.

The two new setbacks deepen the gloom during a miserable period for the former president — one that has left him at his lowest political ebb since the aftermath of the Jan. 6, 2021, Capitol riot.

Making matters worse, the bad stretch coincides with the launch of Trump’s 2024 campaign, which he announced with a lackluster speech at Mar-a-Lago on Nov. 15.

The following week, the former president ignited the first of two damaging controversies when he had dinner with two prominent antisemites, Ye, formerly known as Kanye West, and Nick Fuentes.

Then, on Saturday, he called on social media for the “termination” of parts of the U.S. Constitution.

Meanwhile, legal troubles continue to crowd in on Trump.

Tuesday’s guilty verdicts, pertaining mostly to dodging tax on perks to employees, may be only the tip of the iceberg.

Those judgments were rendered against Trump businesses rather than him personally. But it will be a different story if indictments are brought — as they plausibly could be — regarding sensitive information discovered at Mar-a-Lago, the events around Jan. 6, or attempts by Trump and his allies to overturn the 2020 presidential election result in Georgia.

Trump’s internal critics feel no surprise at the trouble he has created for himself. But they express frustration at his continued influence on the GOP.

“If the national party’s main focus is on pledging fidelity to a seriously deficient man like Donald Trump over winning, then we are going to have more of this,” former Rep. Charlie Dent (R-Pa.) told this column, alluding to the GOP’s disappointing performance in the midterms.

Sen. Raphael Warnock’s (D-Ga.) win on Tuesday meant Democrats have increased their majority in the upper chamber. Republicans secured a majority in the House, but by a much narrower margin than expected.

“Trying to please Donald Trump [has] helped to bring about this electoral catastrophe,” added Dent, who was elected to seven terms in the House before retiring in 2018.

Dent is a longtime Trump critic. Those who share his views in the GOP appear newly emboldened.

Senate Minority Leader Mitch McConnell’s (R-Ky.) August warning about “candidate quality” — a clear jab at Trump and his endorsees — has been borne out by results.

On top of all that, Republicans unaligned with Trump strongly outperformed his preferred candidates in some states.

Georgia Gov. Brian Kemp (R), whom Trump had tried in vain to defeat in a primary, comfortably beat Democrat Stacey Abrams to win reelection, even as Walker lost his Senate race.

“Republicans will eventually wake up and understand that in order to start winning elections again, especially in purple states, they are going to have to focus on a different leader of the Republican Party other than President Trump,” one GOP strategist told this column, requesting anonymity to speak candidly.

Meanwhile, Trump’s suggestion that parts, or all, of the Constitution could face “termination” drew pushback from senior GOP senators.

McConnell commented dryly that someone who believed the Constitution should “somehow be suspended … would have a very hard time being sworn in as president.”

To be sure, there are many examples of Trump’s demise being forecast only for him to bounce back. He has been declared finished almost from the day in 2015 that he first began his quest for the presidency.

Trump still leads most polls of a 2024 nomination fight. He has a fervent following among millions of grassroots conservatives, a fact that also ensures his 2024 presidential quest will be well funded. He would also benefit from a large field of candidates, given that such a scenario would split the anti-Trump vote.

Todd Belt of George Washington University’s Graduate School of Political Management argued that the poor performance of Trump-backed candidates in key midterm races was more likely to discourage similar figures in the future than truly hurt Trump himself.

Others don’t see it quite the same way, however.

Wordle beats out election results, Ukraine as most-searched term on Google in 2022

While his critics are not counting the former president out just yet, they contend the GOP’s desire to consign him to the past is growing stronger by the day.

“He in a much weaker position,” said Dent, the former congressman. “He is a diminished figure — but he is still a dangerous one.”

The Memo is a reported column by Niall Stanage.