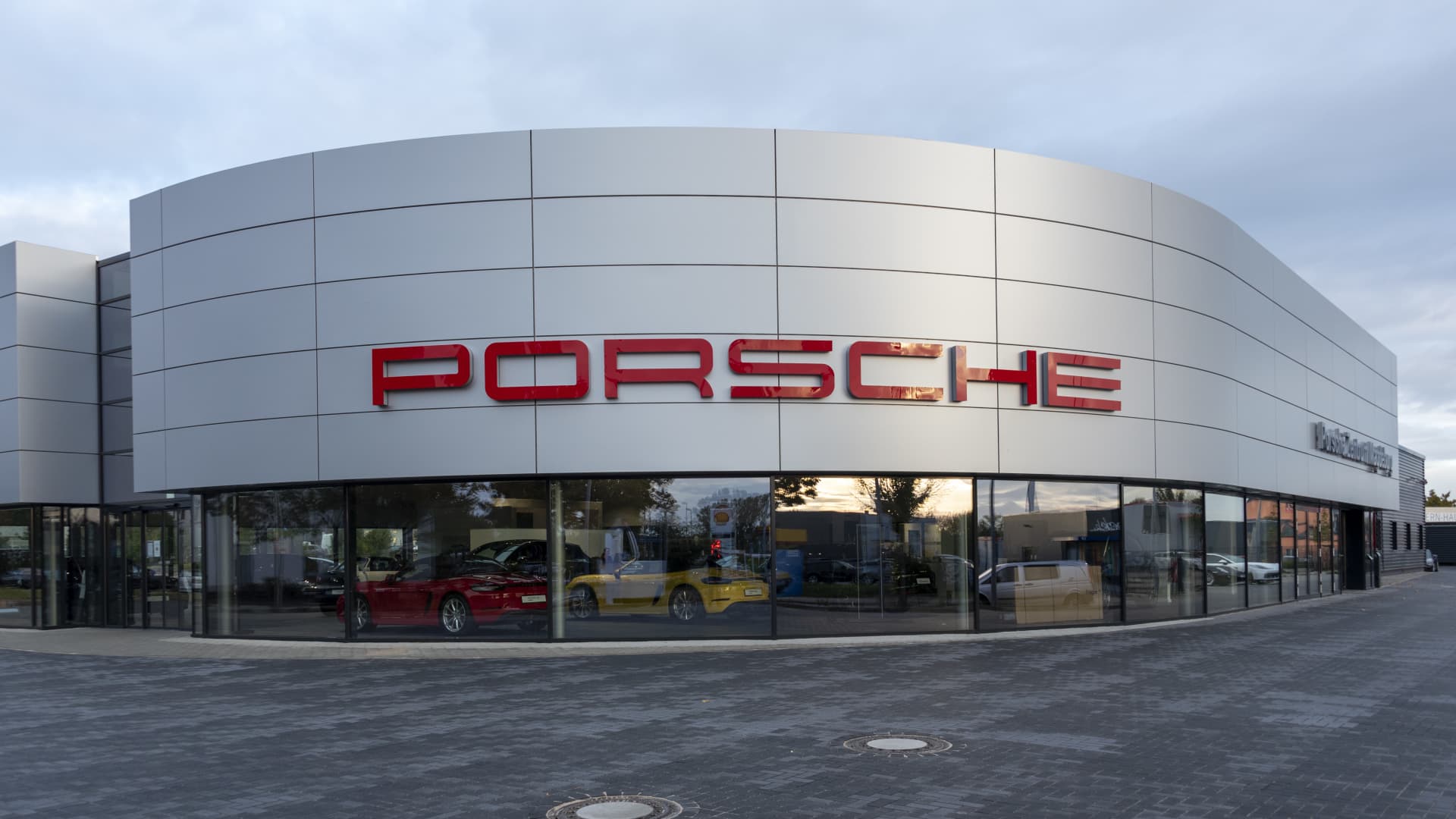 The name of the car manufacturer Porsche is attached to the curved facade of the newly built Porsche Centre in Magdeburg.

Volkswagen is targeting a valuation of 70 billion to 75 billion euros ($70.1 billion to 75.1 billion) for luxury sportscar maker Porsche as part of a planned initial public offering (IPO) of the division, a person familiar with the matter said.

The pricing range formed the basis for discussions in the supervisory board that were taking place on Sunday. Volkswagen was expected to announce the pricing range of the Porsche IPO, planned for late September or early October, later in the evening.

The valuation translates into a pricing range of 76.50 euros to 82.50 euros apiece for the preferred shares of Porsche that are to be sold as part of the listing, the source said.

This could result in proceeds of 8.7 billion to 9.4 billion euros, which would make it Germany’s second biggest IPO in history and, at the upper end of the valuation, Europe’s third largest on record, according to Refinitiv data.

A stock exchange prospectus is expected to be published on Monday, after which institutional and private investors can subscribe to Porsche shares.

Porsche, the holding company controlled by the Porsche and Piech families and Volkswagen’s top shareholder, has already committed to buying 25% plus one of the ordinary shares at a 7.5% premium to the preferred shares.