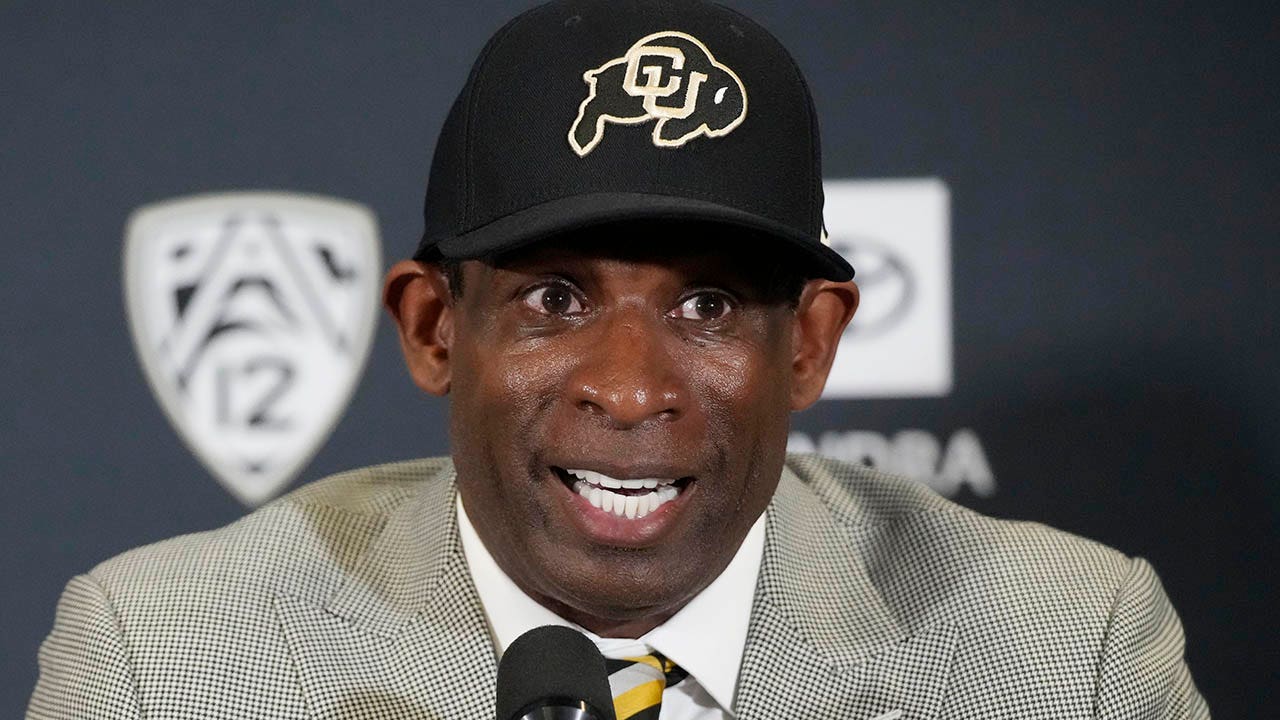 Sanders made headlines in recent years for helping revitalize a much smaller football program at Jackson State University, an HBCU (historically Black college or university).

“He sold a dream and then walked out on the dream. People have the right to be critical of that,” Jones said in a swipe at Sanders on “CNN This Morning.”

“The Right Time with Bomani Jones” host also mocked Sanders for his belief in God. “He explicitly said that God sent him” to coach at an HBCU, “so then when you leave, yeah, people are going to ask questions.”

Sanders spent three seasons at Jackson State and dominated the college football scene with a 27-5 record. He moves up to the highest level of NCAA football by joining Colorado in the Pac-12 Conference.

“Now, I don’t go into the sellout place necessarily,” Jones said of Sanders, also known by his nickname, “Coach Prime.” But CNN attempted to stir up drama, broadcasting a chyron with the words “Critics accuse Deion Sanders of being ‘sellout’ for leaving HBCU.”

While Jones refused to explicitly call Sanders a “sellout,” he instead chose to compare him to “the monorail salesman from ‘The Simpsons’.” In one episode of “The Simpsons,” a con artist and salesman convinces the citizens of Springfield to build a monorail instead of investing in the town.

“He went in” and “sold the big dream,” Jones added.

Jones railed on Sanders, arguing that his vision of rebuilding the football program at Jackson State was not possible. “If you paid any attention you knew the dream he was selling wasn’t possible, it was not an achievable one that he had, but he sold it and he got people to believe it and then he left,” he said.

Sanders was widely praised for helping turn around Jackson State University’s football team, a feat for which he was interviewed by “60 Minutes.” Sanders, an accomplished athlete who played pro-football and even pro-baseball, told “60 Minutes” that if he received an offer from a powerhouse school, he would “entertain it.”

Jones has been criticized for hosting “Game Theory with Bomani Jones,” a “woke sports talk” program on HBO, according to NewsBusters managing editor Curtis Houck. The show premiered in March to little acclaim, garnering just 53,000 total viewers in the second week of airtime. Jones’ show featured segments on “systemic injustice” in the NFL and the problem of “white coaches” and racism.

Jeffrey Clark is an associate editor for Fox News Digital. He has previously served as a speechwriter for a cabinet secretary and a Fulbright teacher in South Korea. Jeffrey graduated from the University of Iowa in 2019 with a degree in English and History.

Story tips can be sent to [email protected]