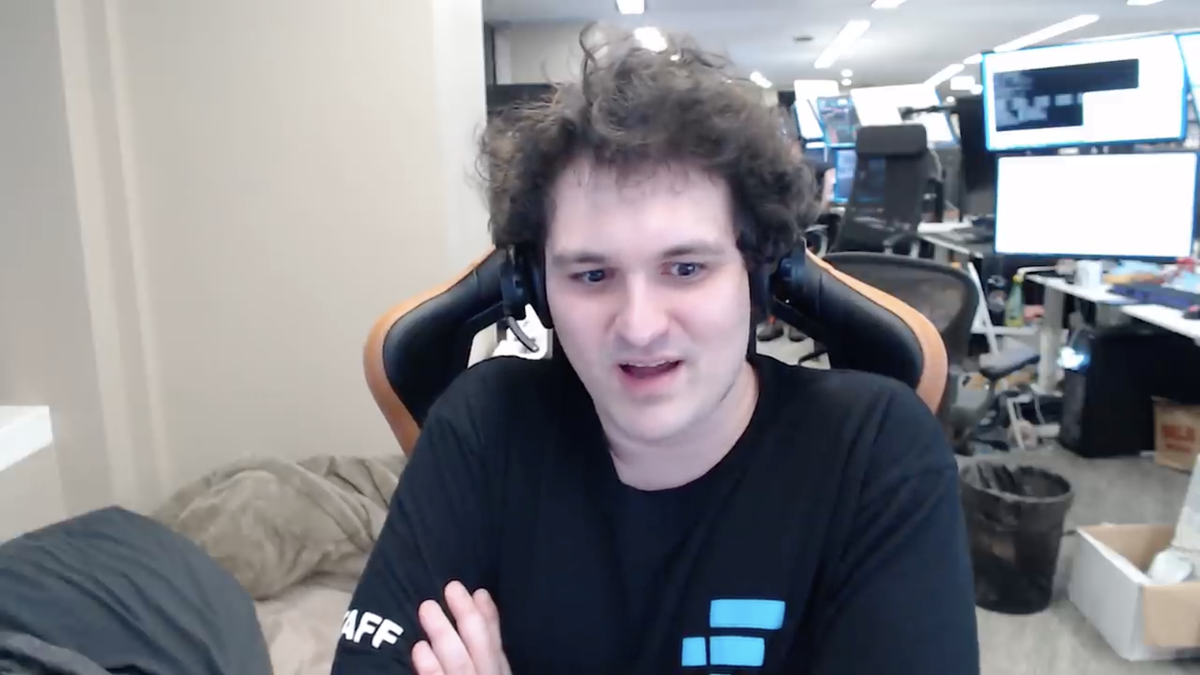 Sam Bankman-Fried, the founder of hedge fund Alameda Research and crypto platform FTX, was a frequent guest on both mainstream financial news and more niche crypto podcasts. And while digging through his media appearances over the years, Gizmodo has stumbled upon a very weird analogy from SBF, as he was often known, where the now-former billionaire explained that massive fraud at Enron wouldn’t have been possible if the company used the blockchain.

SBF appeared on the “Jax Jones and Martin Warner Show” on YouTube back in June of 2021 was discussing the wonders of blockchain technology, and wanted to explain how it could be used to make sure bad things couldn’t happen. SBF asked one of the hosts to give him an example of a company that had been in trouble. Amazingly, one of the hosts suggested Enron as an example, a company name that seems perversely funny in hindsight. And SBF just rolled with it.

“What were some of the biggest shitshows that big companies have gone through… over the last year? Really negative incidents that really hurt their user base? Like what are the first ones that come to mind?” SBF asked in the YouTube video starting around the 52:20 mark.

“Well, take Enron,” one of the hosts suggests.

“I admit that was a bit of a curveball, but I think they all apply,” the host says.

“What happened with Enron? Well, they cooked their books, you know, what could you do? Well, if you make books be on chain, at least some pieces of it, some checksums for it, it makes it a lot harder to fabricate them,” SBF said.

Enron, of course, was a Texas-based energy company that was manipulating its books, despite audits by a supposedly reputable firm known as Arthur Andersen. Enron made $74 billion in investor assets disappear when it filed for bankruptcy in 2001. And if the allegations against FTX are correct, and SBF was co-mingling funds by taking customer deposits on FTX and gambling them away at its sister company Alameda Research, there’s plenty of room for comparison in these multi-billion dollar implosions.

But was SBF right about blockchain? And what the hell is this blockchain? Blockchain can be thought of as essentially a decentralized database that’s maintained by offering incentives for people to keep the network up and running. In the case of Bitcoin’s blockchain, the incentive is Bitcoin, as that’s what all those “miners” are doing all day long when they’re using so much energy—they’re essentially maintaining a database of transactions in the sky and getting paid for it in Bitcoin.

But would Enron have been kept more honest if its books were kept on the blockchain? Maybe. But it’s hard to imagine any company wanting all of its financial records stored in such a public manner. SBF suggests that “some pieces” of Enron’s books might have benefited from being on the blockchain, but that’s certainly not the case for any other large company in the real world.

In fact, most of those “we’re moving to blockchain” articles you read about a few years ago are completely outdated now. The companies who tried to use blockchain technology due to all the hype found actually moving to a blockchain database to be expensive and unnecessary.

Ironically, FTX wasn’t keeping anything important on the blockchain when SBF was advocating for its use. It actually would’ve been useful to keep the company honest if there had been an accurate ledger of all the ways money was moving between FTX and Alameda. But that wasn’t happening within the company, and blockchain probably wouldn’t have been the answer.