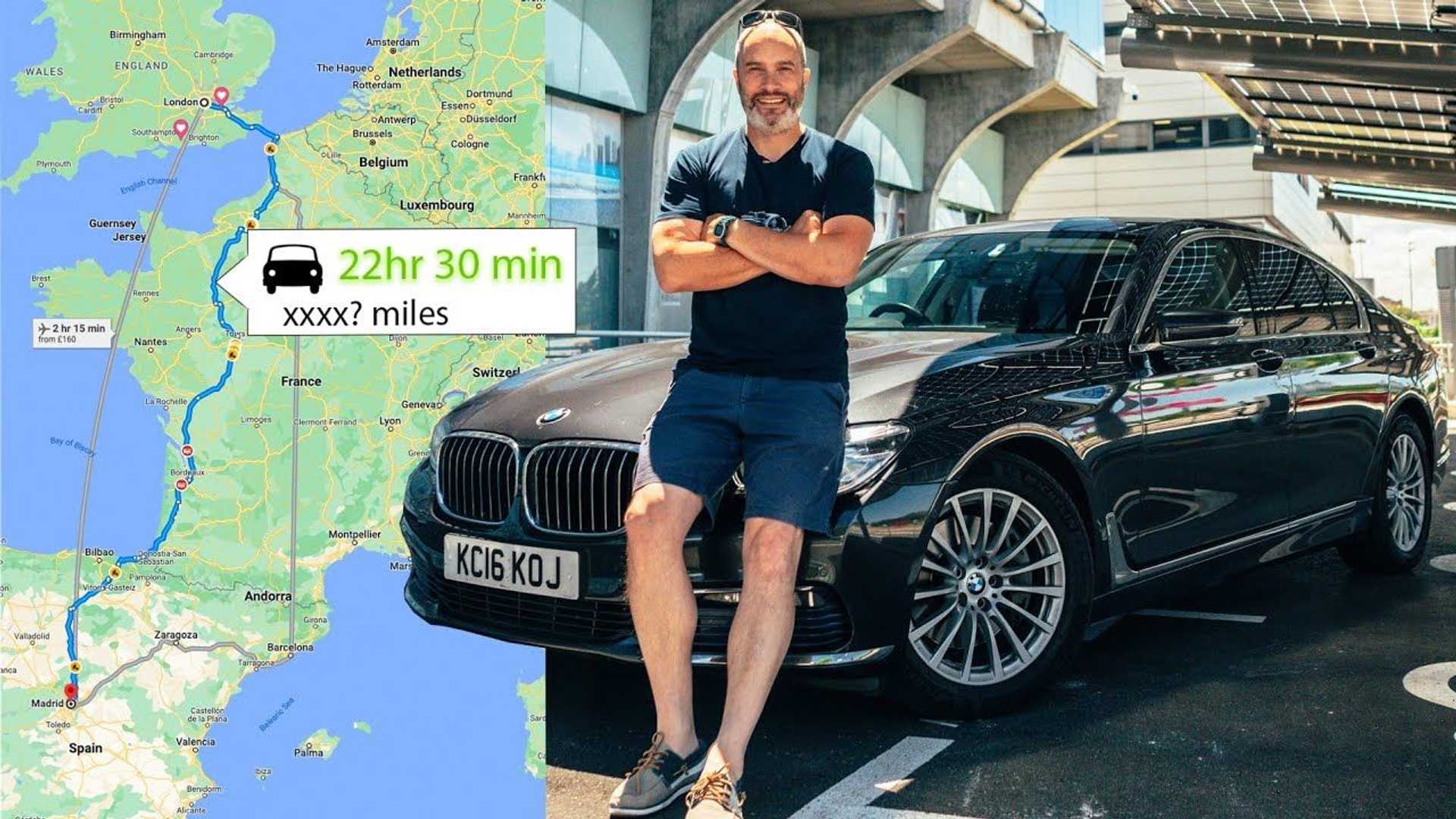 The days of the diesel engine are pretty much numbered. Ever since Volkswagen’s Dieselgate exploded to reveal scandal manipulations in emissions tests, many automakers decided to reduce their diesel lineups or discontinue them entirely. However, there’s still solid demand for some diesel-powered vehicles in Europe and these remain some of the most efficient cars on the road. But how efficient exactly a modern diesel is?

Joe Achilles, a vivid BMW enthusiast and relatively popular YouTuber, wanted to answer this question and took a BMW 7 Series 730d from the previous generation of the model to see how many miles it can do on a single tank of diesel fuel. His goal was to travel from London to Madrid through the Eurotunnel, Northern France, and Spain.

First, let’s talk about the car. As mentioned above, it is a 7 Series 730d (G11), which means there’s a 3.0-liter straight-six diesel engine under the hood. This mill is known as the B57 and has an output of 261 horsepower (195 kilowatts) and 457 pound-feet (620 Newton-meters) of torque. It is mated to an eight-speed torque-converter automatic from ZF, sending power to the rear wheels. The luxury sedan sits on Michelin E Primacy tires on all four corners.

We know from previous efficiency experiments that this engine is very efficient and can do at least 900 miles on a single tank. However, in order to achieve the goal set in this video, the driver has to travel more than 1,000 miles on a single tank of diesel. The most conservative and economical driving mode of the 7 Series surely helps this mission.

The journey took the driver and his co-driver 22.5 hours and covered 1,026.5 miles. The diesel sedan finished the trip with 96 miles of range remaining, meaning its range per tank could be as high as over 1,100 miles. What’s the actual fuel consumption? How exhausting was the trip? Make sure to check out the video above and share your thoughts in the comments section below.