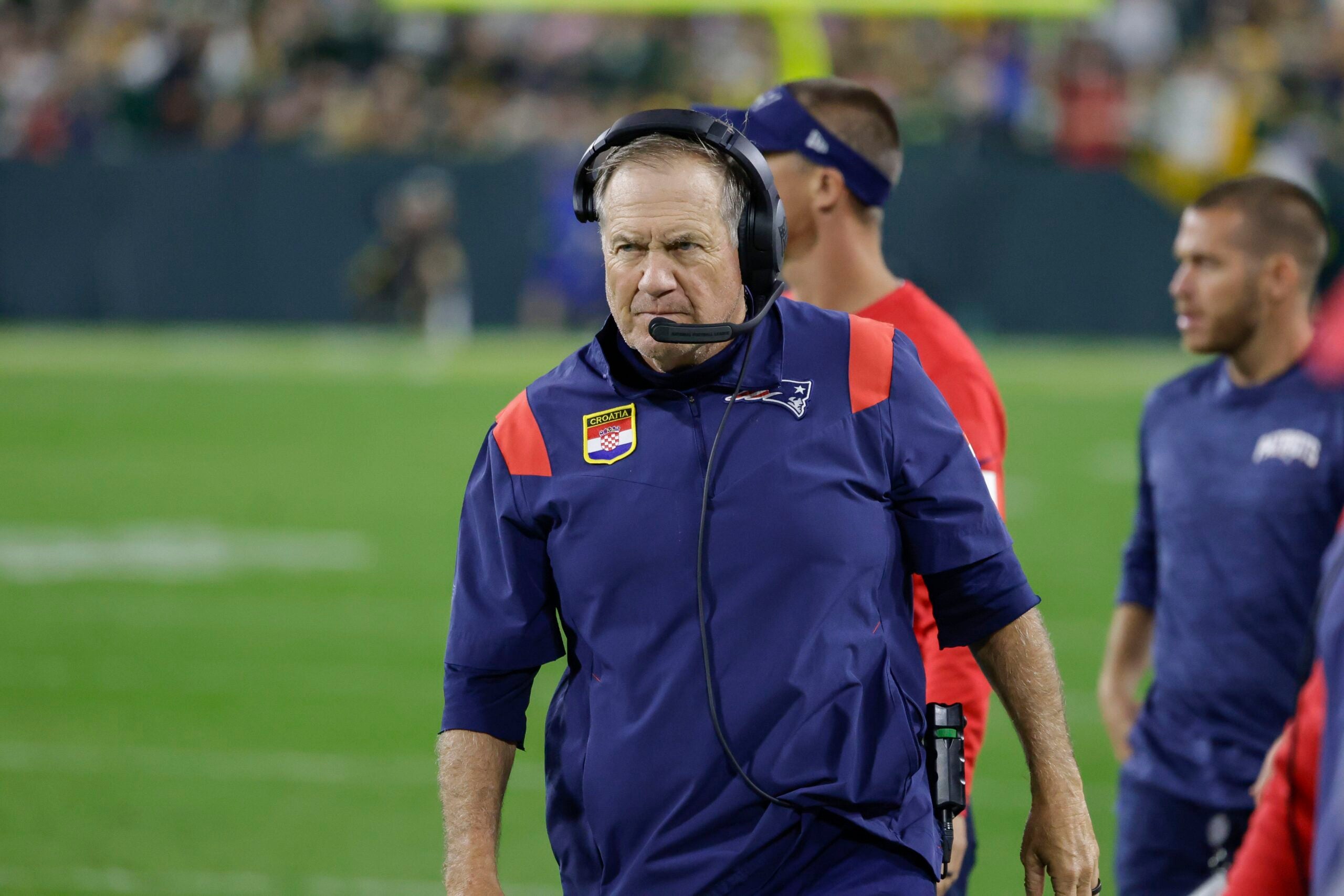 Croatia was on the winning end of one of the biggest surprises of the 2022 FIFA World Cup, defeating Brazil 2-1 in penalty kicks to advance to the semifinals.

Many people around the world may have paused what they were doing to catch the final moments of the thrilling match like they’ve done many other times throughout the tournament. Including Patriots coach Bill Belichick.

Belichick, who is of Croatian descent, was the last person to arrive at Patriots practice on Friday because he was watching Croatia beat Brazil. He reportedly arrived at the practice field a couple minutes after the match ended and showed some excitement.

“How ‘bout that?” Belichick told the Boston Herald’s Andrew Callahan with a “big smile.”

Belichick has often spoken about his Croatian heritage over the years. In fact, he’s worn the Croatian flag on his jacket during Patriots games multiple times this season as the league allowed players and coaches to celebrate their heritage.

Belichick spoke about how much it meant to him to be able to wear the Croatian flag on his gameday jacket following the Patriots’ Week 5 win over the Lions in October.

“I’m proud of my Croatian heritage, and I’m proud to wear it,” Belichick said. “I’m not in Croatia. I’m not a citizen, but it is a heritage that is half of my family. My mom was English. My dad was Croatian.

“So, for other Croatians, Coach [Nick] Saban, Coach [Pete] Carroll, and others of us that have that little bond, proud of it and glad to have the opportunity to wear it. And I’ve heard from some people across the ocean that they appreciate it and appreciate the recognition as well. Go, Croatia! (Laughing.)”

As Belichick mentioned, he and Alabama coach Nick Saban are both of Croatian descent. The two have been friends for decades but were briefly (competitive) rivals when Saban coached the Dolphins in the 2005 and 2006 seasons.

“Two successful Croats in the same division of the NFL. You must admit, you don’t see that every day,” Belichick said of him and Saban at the time.

With Croatia’s win on Friday, it reached the semifinals at the World Cup for a second straight time. In 2018, Croatia actually reached the finals before losing to France.

Like many Croatians, Belichick was glued to the TV during Croatia’s run in 2018.

“I watched them and rooted hard for our team,” Belichick said via Croatia Week. “I wear the jersey when the game is on TV for a little extra support so I am very proud of the soccer team, of the handball team, the water polo team, and certainly great basketball players that have come out of there. I will see if we can find a couple (American) football players from Croatia because I know there are some big, athletic kids there.

“I am proud of my heritage, it is something that will always resonate with me and I still stay in contact with my cousins and family members and relatives from Croatia. I am very proud of it.”

Croatia will take on the winner of Friday’s Argentina-Netherlands match on Tuesday. Belichick will likely have some extra time to catch the match as the Patriots play the day before against the Cardinals, making Tuesday an off day for them.