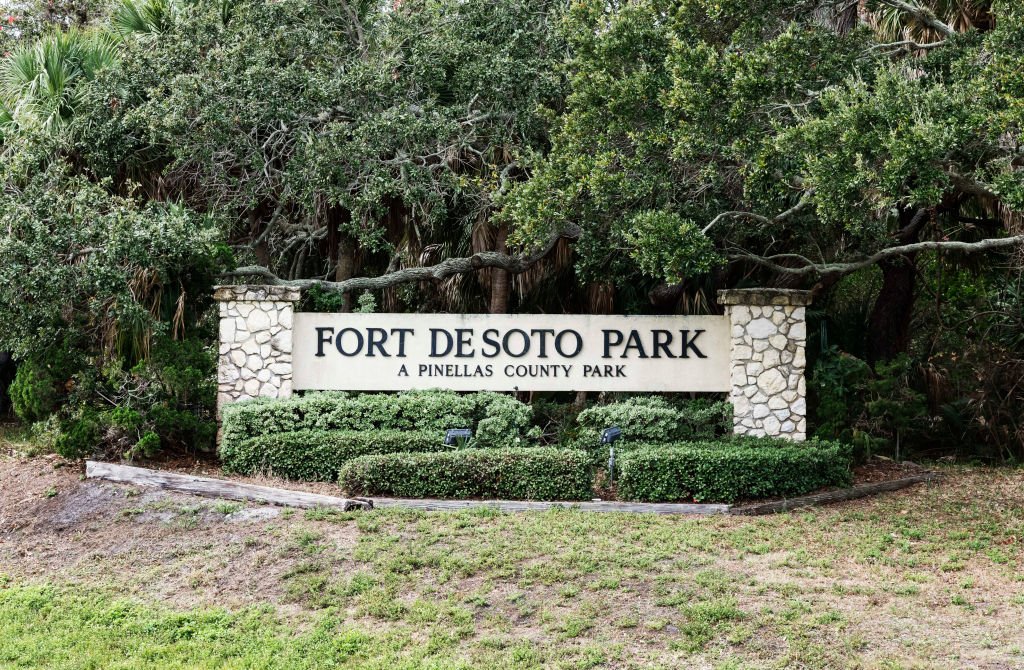 The Laundrie family attorney, Steve Bertolino, confirmed the trio went to Fort De Soto Park, about a 64-mile drive from the vast nature reserve where the FBI and local law enforcement have been looking for Laundrie since he vanished 15 days ago, from Sept. 6 to Sept. 7. Bertolino says all three left the camp together.

Their departure from the park was six days after Brian Laundrie returned to his Florida home alone in the white van he and Petito had taken on their cross-country road trip and a week before he disappeared.

That overnight camping trip was also four days before Petito’s mother, Nichole Schmidt, reported her missing on Sept. 11, though investigators have said the young woman’s cellphone had been turned off since about Aug. 27.

Bertolino’s brief comment came a day after he said Laundrie’s’ parents described any rumor that they helped their son get out of the house or evade arrest as “just wrong,” amid mounting, and thus far unfounded, speculation about their potential involvement in Brian Laundrie’s vanishing act.

The message was aimed at crowds that once again lined up outside the family’s home in North Port, using a bullhorn to voice their frustration with the family, implying that the parents know more than what they are letting on. Police have said that Laundrie’s parents are still not cooperating with the investigation.

An attorney for the Petito family said as much at a Long Island press conference Tuesday, where they launched a new foundation to help families with missing children as they continue the insurmountable task of grieving their own loss.

“The Laundries did not help us find Gabby. They’re sure as not gonna help us find Brian,” family attorney Richard Stafford said. “For Brian, we’re asking you to turn yourself in to the FBI or the nearest law enforcement agency.”

Petito’s remains were found earlier this month in Wyoming’s Grand Teton National Park, where she and Laundrie visited. They were discovered more than a week after her mother first reported her missing and days after Laundrie went off the grid.

The young woman’s death has been ruled a homicide, meaning she was killed by another person, but medical examiners in Wyoming haven’t disclosed how she died pending further autopsy results. As of the latest update, Petito’s remains were still with the county coroner’s office hundreds of miles away from her hometown.

Her family said Tuesday they would retrieve Petito’s remains as soon as the coroner’s office and the FBI are ready to release them. It’s not clear when that’ll be.

Laundrie is the FBI’s prime person of interest in Petito’s disappearance, officials have said, but he has not been charged with crimes relating to it at this point.

Last week, federal officials charged Laundrie with a single count of unauthorized debit card use, alleging he used a Capital One Bank card and someone’s personal identification number to make non-permitted withdrawals or charges worth more than $1,000. Officials have said they now believe those transactions were likely made during a time period after Petito was already dead.

They have not said whose debit card Laundrie is accused of using illegally.

That outstanding arrest warrant, while not connecting Laundrie to Petito’s death, gives law enforcement the grounds to at least hold Laundrie if they find him.

Officials urged anyone with information on Laundrie — whether about his current whereabouts or any potential involvement in Petito’s death — to contact the FBI. With online sleuths and theories multiplying by the day, the FBI and police have been deluged with tips about possible Laundrie sightings from as far off as Canada.

None have panned out so far.

The search for Brian Laundrie, the fiance and person of interest in the death of Gabby Petito, is intensifying. Sarah Wallace reports.