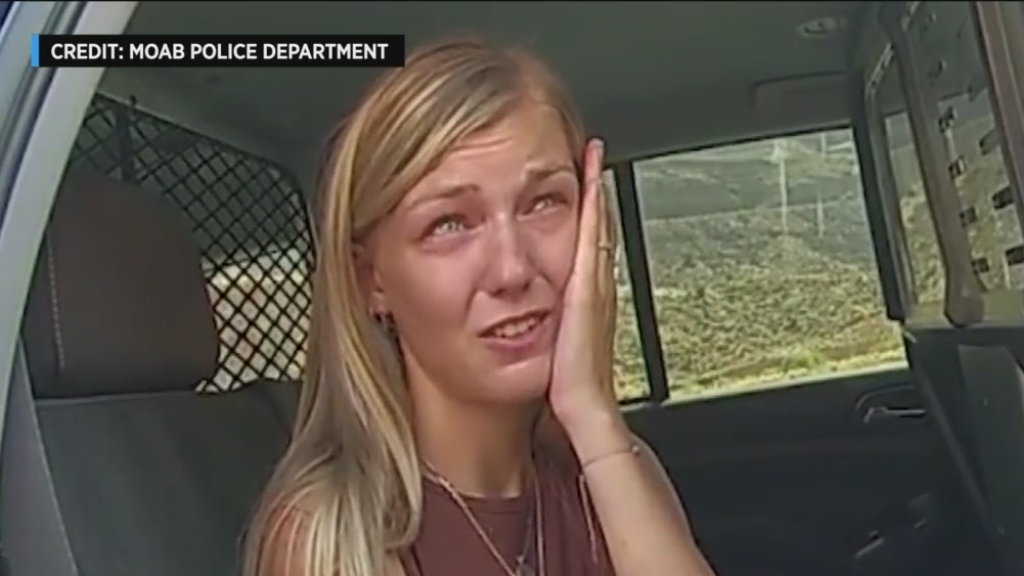 NEW YORK (CBSNewYork) — Additional body camera video has been released from the day Gabby Petito and her fiancé Brian Laundrie were pulled over by police in Utah.

An officer can be heard asking Petito about marks on her body and a report from witnesses who said Laundie hit her.

“Kind of looks like something like hit you in the face? And over on your arm, your shoulder, right here, that’s new? That’s kind of a new mark?” the officer asks.

“There’s two people saying that they saw him punch you,” the officer says.

“Well, to be honest, I definitely hit him first,” she says.

READ MORE: Gabby Petito’s Family Speaks Publicly For 1st Time Since Her Body Was Found: ‘We Can’t Let Her Name Be Taken In Vain’

“You slapped him first? Just on his face?” the officer says.

“Well, he kept telling me to shut up,” she says.

“Did he slap you in the face or what?” the officer says.

“He grabbed me with his nail, and I guess that’s why it looks… I definitely have a cut right here. I can feel it. When I touch it, it burns,” she says.

Meanwhile, the search for Laundrie continues. FBI agents visited his Florida home Thursday and were seen entering a camper parked on the property.

The Laundrie’ family attorney said the FBI collected some of his personal items, which could help with the search. He hasn’t been seen since September 14.