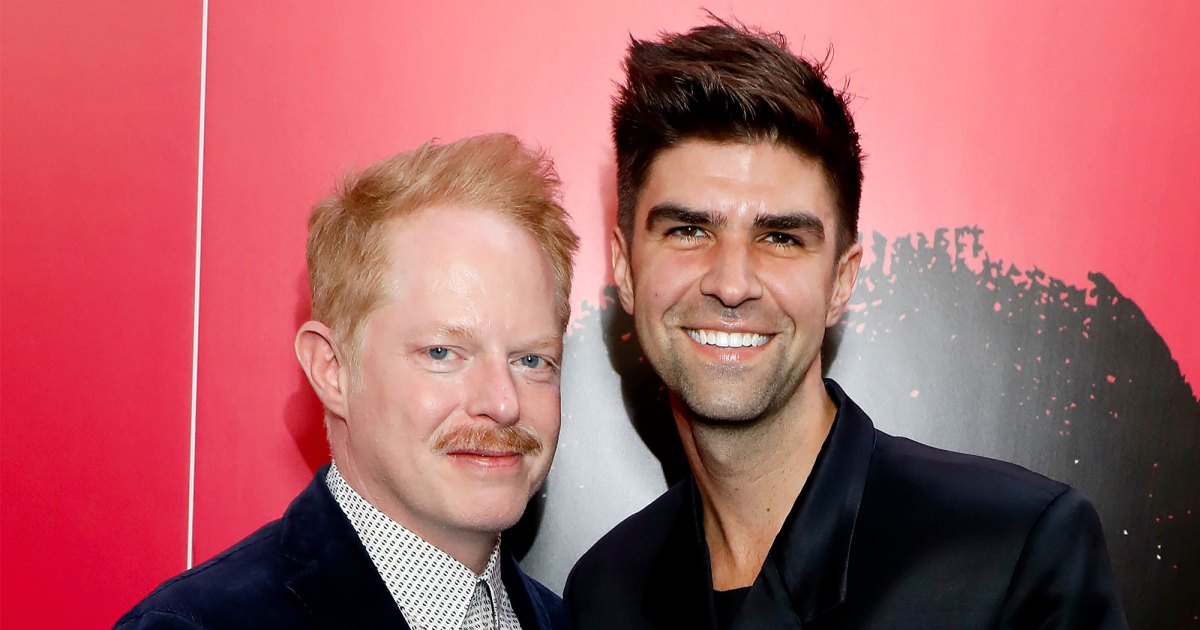 The Modern Family actor, 46, shared the “exciting news” via Instagram on Friday, May 27, revealing, “Our growing family will be a family of four later this fall!”

The Montana native and the Broadway Rising producer, 36, welcomed their first child, son Beckett, in July 2020. “We are so excited for Beckett to have a sibling,” Ferguson added.

The Ivy & Bean actor used his and Mikita’s celebratory announcement to bring awareness to their nonprofit Pronoun and highlight how they are giving back amid the recent mass shootings in the U.S.

“Like the majority of people in this country right now, we are heartbroken at the attacks all over the country — from senseless gun violence to state by state attacks on our transgender family and an onslaught of attacks on women’s reproductive health,” Ferguson wrote alongside a video on Friday, explaining why the duo wanted to “share a little bit of good news” with their followers.

He explained that in honor of their “growing nest,” the couple’s nonprofit has teamed up with Mili Mili, which is a female owned small business made in Los Angeles, on a custom collection of baby items.

All of the proceeds from the new products will go to Pronoun, according to Ferguson, who noted that the nonprofit “continues to raise funds for the incredible organizations on the ground fighting for LGBTQIA+ equality — which of course includes the fights for reproductive health, sensible gun reform & transgender equality — to name a few.”

The Class alum added that “starting today” the group is “using these resources” to donate $25,000 specifically to the ACLU, National Abortion Federation and Everytown for Gun Safety.

“We are so excited to have a little one joining our growing family — and so proud to support the choice to do it,” he wrote, before giving a shout-out to the team who is helping him become a dad once more. “A special thanks to @drshahinghadir & @scrcivf who has provided us the possibility to expand our family not once, but twice. We wouldn’t be here without you!”

Ferguson previously opened up about parenthood, telling Ellen DeGeneres in March 2021 that he wanted to be a dad “for a long time” but was waiting on Mikita to give him the green light.

“I was like, ‘You let me know when you’re ready. But I was ready yesterday,’” the Wonderful World star explained.

The Food Between Friends coauthor added that the couple had been “singing a lot of showtunes” since Beckett’s arrival. “We’re raising him gay until he decides he’s straight,” he added. “On the way back from the hospital, we played Britney Spears because that was what Justin demanded we listen to, his first exposure to music.”