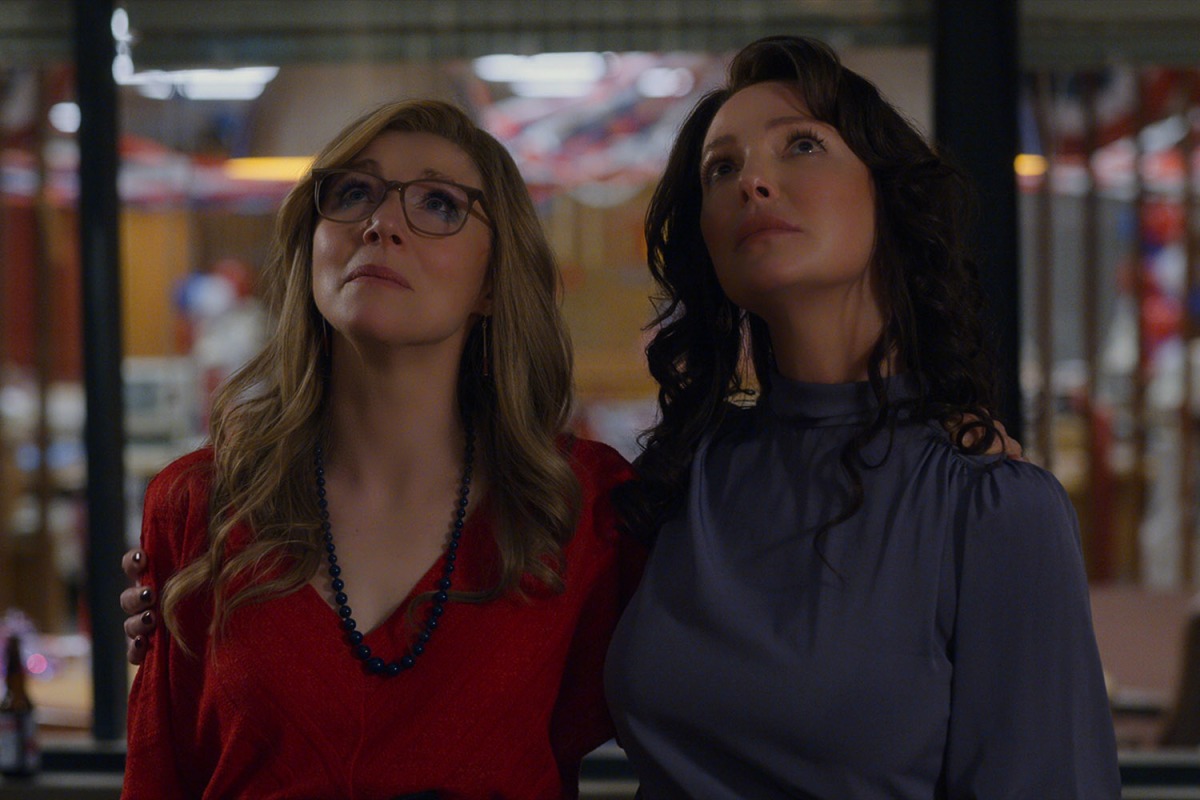 After more than a year, Firefly Lane has finally returned to continue the story of Tully Hart and Kate Mularkey’s friendship. Season 2 brings bad news and good news: The bad news is that Firefly Lane Season 3 isn’t happening, so season 2 will conclude the series. But the good news is that Netflix has split season 2 into two separate parts, with part 2 arriving next year. Here’s why Firefly Lane is ending, when fans can expect part 2, and what could be next for Tully and Kate.

Will there be a season 3 of ‘Firefly Lane’?

Back in October, Netflix revealed that Firefly Lane would finally return with a second — and final — supersized season of 16 episodes. The series creator, Maggie Friedman, didn’t really explain the decision to end Firefly Lane before season 3. However, Sarah Chalke, who plays Kate, recently told Deadline that it was always the plan to tell the story this way.

“Because we did part 1 and part 2, we had the number of episodes, this was always Maggie’s decision to arc this storyline. Basically, the arc follows the storyline of the book, and then it also goes off into brand new directions as well,” Chalke said. “That was the plan to know how many episodes it was going to be done over so that the story could be told in its entirety. There was no waiting on finding out if there’s a pickup or not, and then [the story] is left halfway told, it was the completion of their journey.”

For the uninitiated, Firefly Lane is based on the novels by Kristin Hannah. There are only two books — Firefly Lane and Fly Away — that tell the story of the 30-year friendship between Tully (Katherine Heigl in the show) and Kate. So, it makes sense for the Netflix series to follow a similar structure.

RELATED: ‘Firefly Lane’ Spoilers: Will the Netflix Show Have the Same Ending as the Book?

Part 1 addressed the big mystery of last season: What ended Tully and Kate’s friendship? As it turns out, while Kate’s teen daughter, Marah (Yael Yurman), was staying with Tully, Tully allowed her to go to a movie with a friend even though she was grounded. However, Marah ended up at a frat party and called Tully to pick her up. Tully had been drinking, but she wanted to get Marah out of a dangerous situation, so she picked her up. On the way home, they got into a car accident that left both Tully and Marah injured.

Kate was furious with Tully. Despite Tully’s efforts to explain her side of the story, Kate wouldn’t forgive her. The two friends went a year without talking. Heartbroken, Tully decided to go to Antarctica to film a documentary. Meanwhile, Kate learned that she had a rare form of breast cancer. She needed her best friend and went to Tully’s apartment, but the two missed each other by only a minute.

What’s next for Tully and Kate?

After the finale, a teaser for part 2 showed Johnny Ryan (Ben Lawson) and Kate’s brother, Sean (Jason McKinnon), at a wedding 10 years later. Johnny waited anxiously for his soon-to-be bride. The scene cut to a bathroom, where Tully was dressed in white and putting makeup on.

What does this mean for Johnny and Kate’s relationship? They finally got engaged again in the part 1 finale, so why is Tully marrying Johnny? Will Kate’s cancer become terminal? We also need to know if Tully and Kate ever reconcile. Thankfully, fans will have all the answers in just a few months.