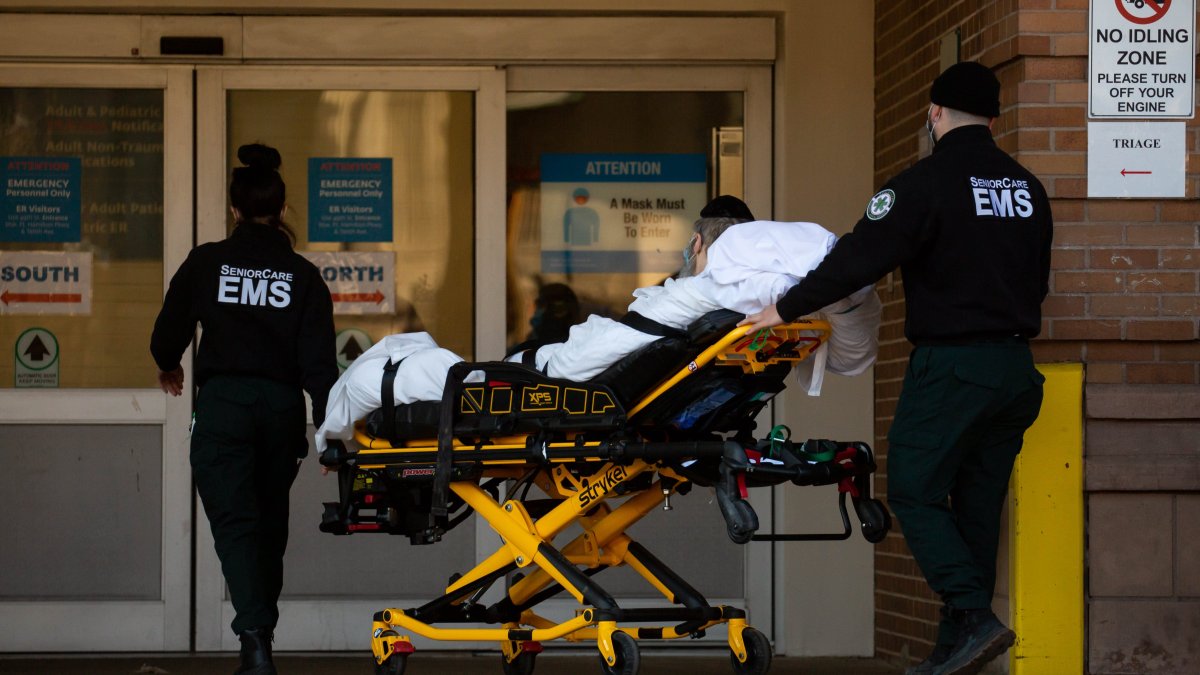 A growing body of scientific evidence suggests the omicron variant of COVID-19 is less severe than the delta variant — but according to one prominent New York City emergency room physician, it all depends on what shots you’ve had.

Omicron is surging out of control in the city, with the rolling daily average up 79% over the averages for the prior four weeks and hospitalizations up 64% by the same parameters. Nearly one in three tests conducted in the city are coming back positive, while severe cases are doubling or more as of late, particularly in children.

Against that backdrop, the city’s emergency rooms are seeing a huge spike in patients – the asymptomatic seeking tests, the symptomatic who don’t know where else to go and those in the ER for other reasons altogether who end up having COVID anyway.

Craig Spencer, a Manhattan ER doctor affiliated with Columbia University who became a Twitter superstar in the early days of the pandemic for his running commentary on the battle against the virus, recently shared a detailed breakdown of what the omicron cases he and his colleagues have encountered look like so far.

“Every patient I’ve seen with Covid that’s had a 3rd ‘booster’ dose has had mild symptoms. By mild I mean mostly sore throat. Lots of sore throat. Also some fatigue, maybe some muscle pain. No difficulty breathing. No shortness of breath. All a little uncomfortable, but fine,” Spencer wrote.

From there, it goes downhill – slowly, though.

“Most patients I’ve seen that had 2 doses of Pfizer/Moderna still had ‘mild’ symptoms, but more than those who had received a third dose. More fatigued. More fever. More coughing. A little more miserable overall. But no shortness of breath. No difficulty breathing. Mostly fine,” he said.

For those who just had the one shot of the J&J vaccine and never took a booster, the situation isn’t as good.

“Most patients I’ve seen that had one dose of J&J and had Covid were worse overall. Felt horrible. Fever for a few days (or more). Weak, tired. Some shortness of breath and cough. But not one needing hospitalization. Not one needing oxygen. Not great. But not life-threatening,” he tweeted.

And then there are the unvaccinated, who by all data are being hospitalized at a rate 15x or more the vaccinated.

“And almost every single patient that I’ve taken care of that needed to be admitted for Covid has been unvaccinated. Every one with profound shortness of breath. Every one whose oxygen dropped when they walked. Every one needing oxygen to breath regularly,” he said.

Spencer’s recommendations were straightforward — get vaccinated if you haven’t, get a second dose of something else if you’ve had one J&J shot, and if you’re eligible, get a booster.

“So no matter your political affiliation, or thoughts on masks, or where you live in this country, as an ER doctor you’d trust with your life if you rolled into my emergency room at 3am, I promise you that you’d rather face the oncoming Omicron wave vaccinated,” Spencer concluded.

The bloody spring offensive about to rock Ukraine: