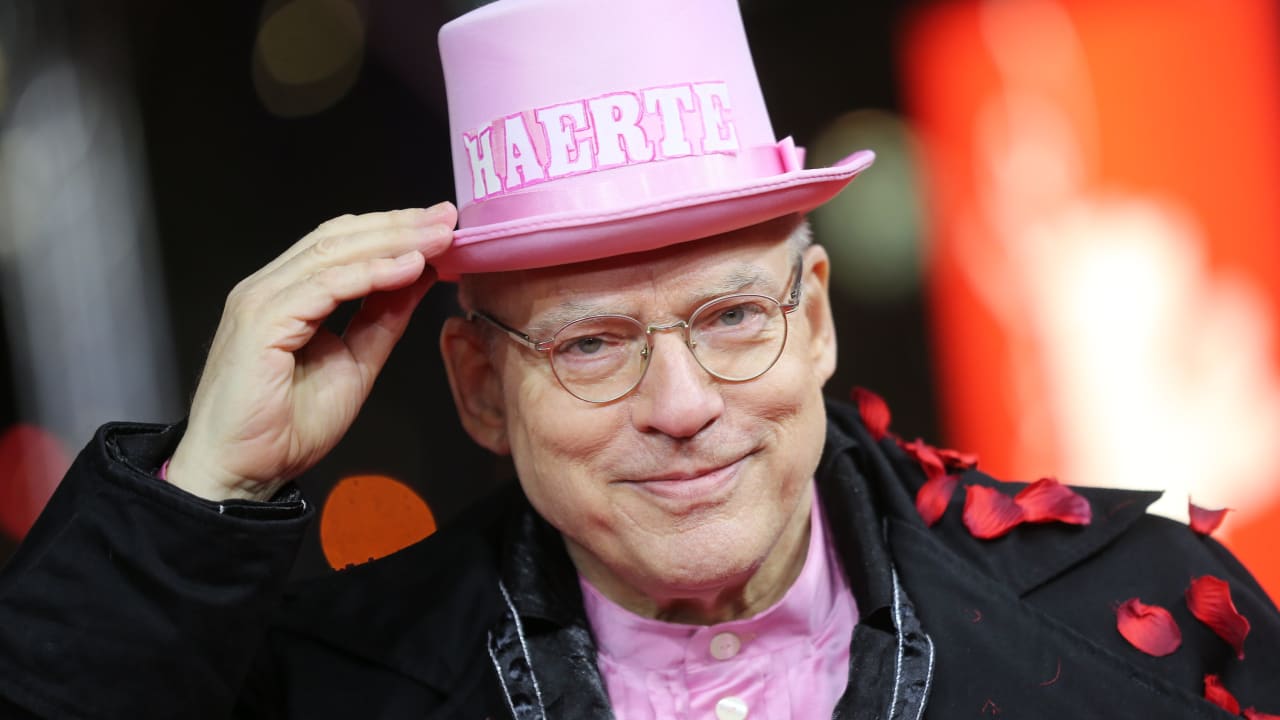 “It is not the homosexual who is perverted, but the situation in which he lives”: Rosa von Praunheim became famous with this film in 1971. The filmmaker, provocateur and activist still stands for gay self-confidence.

He gave his stage name Praunheim after the district of Frankfurt in which he grew up. But it was only later in Berlin that he became the most productive gay filmmaker in the world. On Friday (November 25th) the director, activist, author and bohemian Rosa von Praunheim will be 80 years old.

The film that made him famous in 1971 was “It’s not the homosexual who is perverted, but the situation in which he lives”. Same-sex sex was still a criminal offense in Germany until 1969, after which the ban continued to apply to under-21s until 1994, when paragraph 175 was finally abolished.

“Gay” – from a swear word to a positive self-description

In his film, the then 29-year-old gave insights into the parallel world of homosexuals, to whom he also held up a mirror: “The most important thing for all gays is that we admit to being gay,” is a key sentence.

The word “gay” is used more than 70 times in this film. The former homophobic swear word was revalued as a positive self-designation. The marginalized sexual orientation became a political signal. This program is also reflected in the artist’s first name: Rosa is a nod to the “pink triangle” that homosexuals had to wear in the concentration camp.

Born in 1942 in German-occupied Riga, the later director grew up as Holger Mischwitzky with his adoptive parents from East Berlin. As he only found out when he was in his 60s, he was born in Riga’s central prison and spent his first year in an orphanage. In the 2007 documentary “My Mothers – Searching for Traces in Riga” he went in search of the roots. His adoptive family fled to the West and settled in Frankfurt, where he studied painting at the Offenbacher Werkkunstschule – today’s Hochschule für Gestaltung – and soon found his way to experimental film.

Pioneer of the German gay and lesbian movement

“Die Bettwurst”, his debut in 1970, realized with amateur actors and practically without a budget, became a cult. And so von Praunheim became a pioneer of the German gay and lesbian movement. With the queer musical “City of Lost Souls” (1983) and “Transsexual Menace” from 1996, he made the first German films about transgender people.

His work is also characterized by his interest in femininity. His films with and about the Berlin underground actress Lotti Huber († 85) are legendary. “Survival in New York” from 1989, a loving portrait of three German migrants in the US metropolis, is one of the most successful documentaries in German cinema.

In 1986, with “A virus knows no morality”, one of the world’s first films about the HI virus, von Praunheim polemicized against the homophobia that had flared up again in society as a result of AIDS. However, his strategy of bringing the private into the public eye was not only met with approval.

In 1991, he outed Hape Kerkeling (57) and Alfred Biolek († 87), two of the most popular German television faces, as homosexual against their will in a television show. Hostilities from the LGBTQ community then followed.

Von Praunheim’s form of expression became more subtle thereafter. With the docudrama “Härte” from 2015, he once again takes up a taboo subject. Psychologically nuanced and starring a convincing Hanno Koffler, the film tells the authentic story of a young man who was sexually abused by his mother and later became one of Berlin’s most brutal pimps.

The latest film is about gay pop star Rex Gildo

Most recently, “Rex Gildo – The Last Dance”, a mix of game scenes, eyewitness interviews and archive recordings, was highly praised by critics about the gay double life of the popular pop singer.

As the teacher and mentor of Axel Ranisch and Tom Tykwer, Praunheim is already shaping the filmmaking of the next generation. In 2020 he received the honorary award for his services to young German-language film at the Max Ophüls Film Festival.

The underground filmmaker has become an internationally renowned ambassador for the social acceptance of queer people.

As a filmmaker and activist, he is also following in the footsteps of the gay sexologist Magnus Hirschfeld, who was persecuted by the Nazis and to whom he dedicated the 1999 film drama “Der Einstein des Sexes”.

“I can’t afford to die. I still have to work to survive.”

For his commitment, which includes around 150 short and long films, Praunheim was honored with the Federal Cross of Merit in 2015.

For Rosa von Praunheim, who lives in Berlin with his partner Oliver Sechting, life and work, everyday life and aesthetics have flowed together into a total work of art.

The bird of paradise, often dressed like a parrot, likes to use media appearances to cultivate its brand. In a Arte documentary “Glückskind” on the occasion of his 80th birthday (available in the media library from November 25th) he stretches out on the grave he has chosen in the Berlin cemetery to try it out.

Aging, he once explained, has changed him: “It makes me thin-skinned, maybe also more vulnerable.” For the time being, however, he has no time. “I can’t afford to die. I still have to work to survive.”

We wish you a happy 80th birthday!

Stefan Mross on marriage: “I have a lot to nibble on”