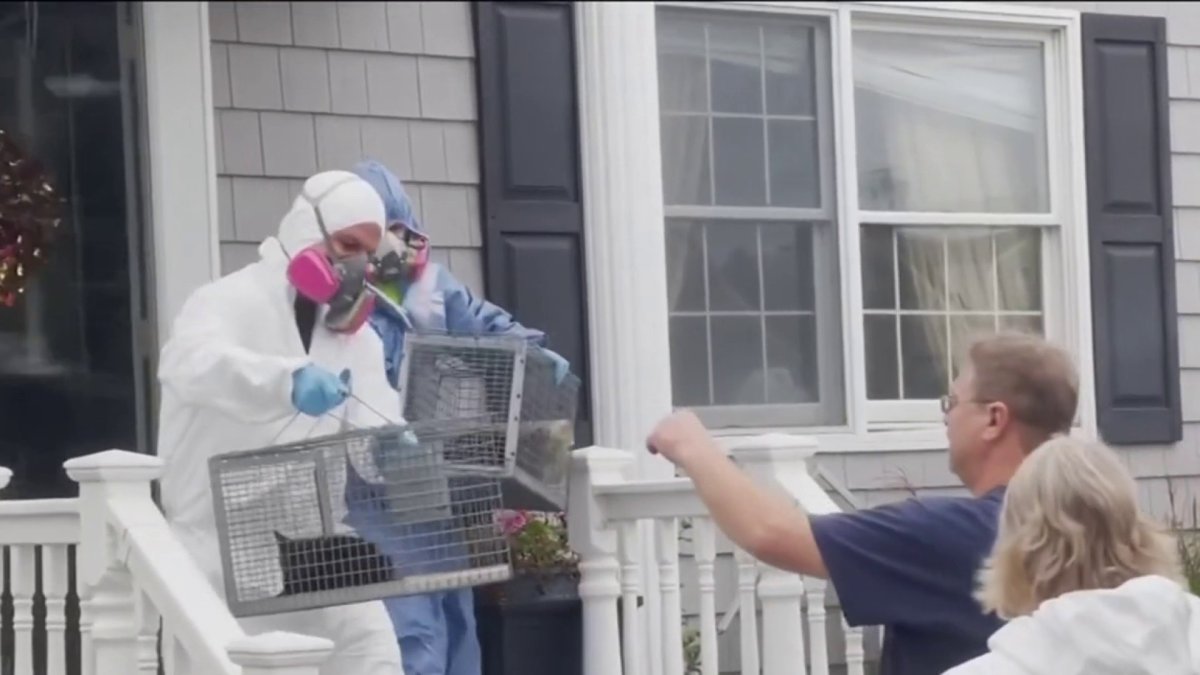 Dozens of cats have been rescued from a home on Long Island where the condition was so bad, even the homeowner had to also leave.

The Nassau County Society for the Prevention of Cruelty to Animals said crews in hazmat suits spent hours rescuing 25-45 cats from the home on Washington Boulevard in North Bellmore on Monday. Neighbors of the home said they have been complaining for almost a year about a woman who lived in what appeared to be a well-kept home on the outside.

The inside, however, is unfit for animals and humans. Authorities said the home had dangerous levels of ammonia, the smell neighbors already knew all too well.

“Everybody has complained, the whole neighborhood, and nothing has been done until now,” said neighbor Erin Urbanski. “The stench is unbelievable. The smell, you couldn’t even enjoy your own yard…the summer was lost because of it.”

Urbanski said she believed there were up to 100 cats inside the home. She even took pictures and videos of the felines.

The investigation into whether there was animal cruelty or the situation was a bad case of hoarding is being led by the Nassau District Attorney’s office. However, no charges are expected.

The town of Hempstead said in a statement that it is diligently working to rescue and protect the cats. Even after rescuers left on Monday, more cats can be seen inside the home from the windows. Animal rescue teams are expected to return to the home through the week to try to trap all the remaining cats.