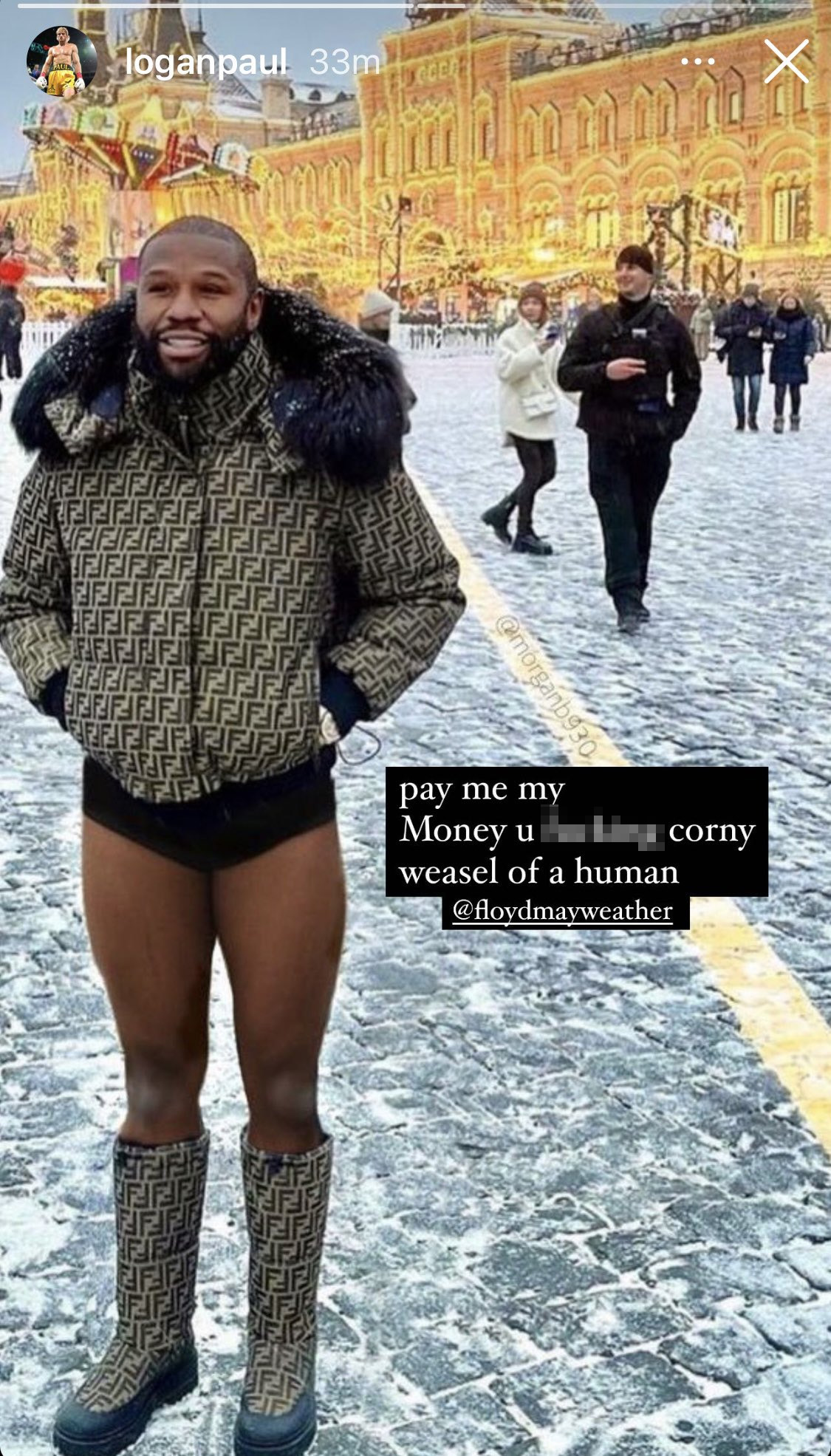 The YouTube star and boxing legend in June faced off in an eight-round spectacle bout in Miami.

Mayweather boasted both before and after or earning $100million (£75m) for the ‘legalised bank robbery’.

But Paul has claimed he is owed money by the American legend, as he posted an edited picture of Mayweather in girls shorts.

And he wrote: “Pay me my Money u f***ing corny weasel of a human @floydmayweather.”

But he has returned twice, both in exhibitions, starting with a one round demolition job over featherweight kickboxer Tenshin Nasukawa, 23.

More recently, in June he was taken the distance over eight rounds by Paul, 26, who weighed TWO STONE more.

Despite boasting of the lucrative payday, Mayweather is adamant it was his last cameo in the ring and was never the ring thing in the first place.

He told the press in December: “I don’t miss boxing, I just go and have fun, that’s why I did an exhibition with Logan Paul, we had fun, I had fun.

“We gave people a bit of fun and people have to know that there is a difference between a real fight and an exhibition.

“With an exhibition I was only training from time to time. If it was a real fight there would have been blood from the beginning.”