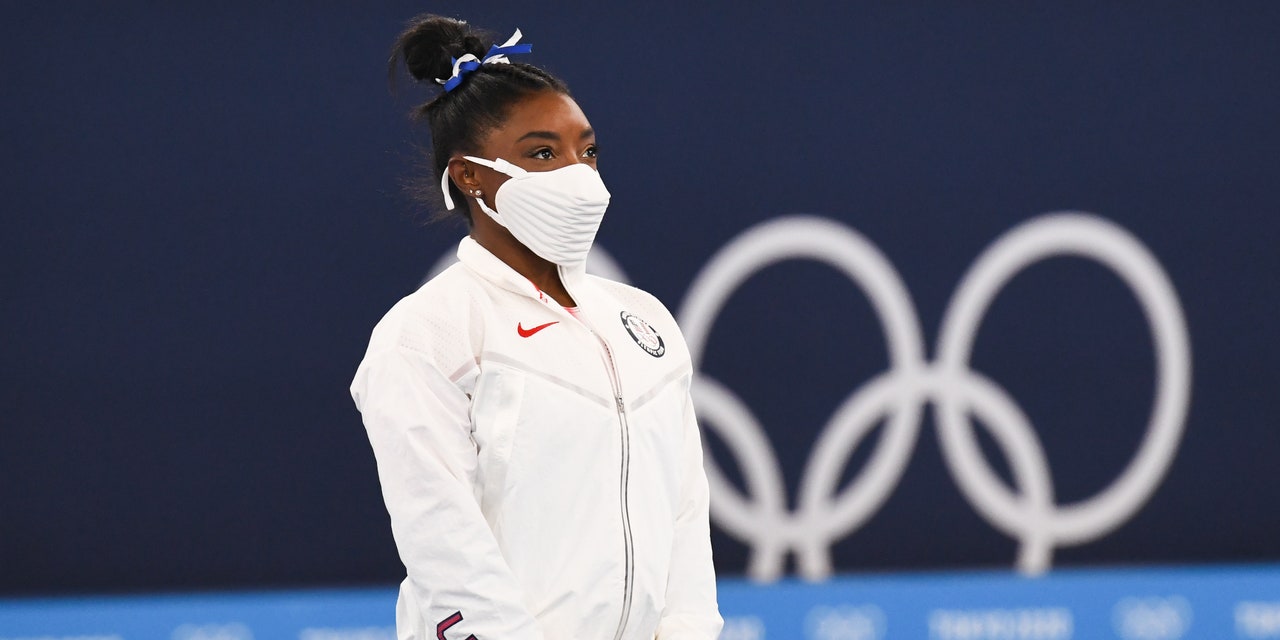 Simone Biles has earned yet another impressive title: TIME’s 2021 Athlete of the Year. And in the accompanying profile, she revealed that having to isolate from her teammates due to the pandemic made it difficult to deal with the mental stressors leading up to the competition. “We couldn’t hang out because of COVID-19 protocols, so things you normally don’t think about because you don’t have time, now you have hours on end to think about—those doubts, those worries, and those problems,” Biles told TIME.

These worries had already started creeping when COVID-19 hit and safety protocols limited her to only spending time at the gym or at home. But they intensified as the dates for Tokyo approached. “My mind was racing and I wasn’t going to sleep as easily,” she said.

Biles famously withdrew from several events at the Tokyo 2020 Olympics and advocated the importance of athletes taking care of their mental health alongside their physical health. Biles said she had every intention of performing when she arrived in Tokyo and shrugged off critics who called her a quitter. “If I were going to quit, I had other opportunities to quit,” she said. For example, she continued to compete even while she faced depression and suicidal thoughts after realizing she’d been one of the hundreds who were sexually assaulted by Larry Nassar, team doctor for the women’s national gymnastics team for nearly two decades. (Nassar plead guilty to several counts of the sexual assault of minors in 2018, among other charges.) “There is so much I’ve gone through in this sport, and I should have quit over all that—not at the Olympics,” Biles said. “It makes no sense.”

What ultimately made Biles back out of several of her planned 2020 competitions was a case of the “twisties,” a condition where an athlete’s mind and body feel disconnected, resulting in a loss of muscle memory and spatial awareness mid-air, as SELF previously reported. Biles was in the middle of her vault performance in the women’s team final when the condition made her fail to fully complete her planned twists and stumble on the landing.

“It’s so dangerous,” Biles told New York magazine in September. “It’s basically life or death. It’s a miracle I landed on my feet. If that was any other person, they would have gone out on a stretcher. As soon as I landed that vault, I went and told my coach: ‘I cannot continue.’”

She did, however, continue to compete on a pared-back schedule; after consulting with Team USA’s on-site mental-health experts, she competed in the balance-beam final and took home the bronze. “At that point, it was no longer about medaling, but about getting back out there,” she told TIME. “I wanted to compete at the Olympics again and have that experience that I came for. I didn’t really care about the outcome. On that beam, it was for me.”

Beyond her incredible athletic achievements—Biles holds seven Olympic medals and is one of America’s most successful gymnasts—her decision to withdraw sparked a conversation about the importance of mental health for both athletes and everyday people. “I do believe everything happens for a reason, and there was a purpose,” she told TIME. “Not only did I get to use my voice, but it was validated as well.”

Ford is set to report results after the bell. Here’s what Wall Street expects