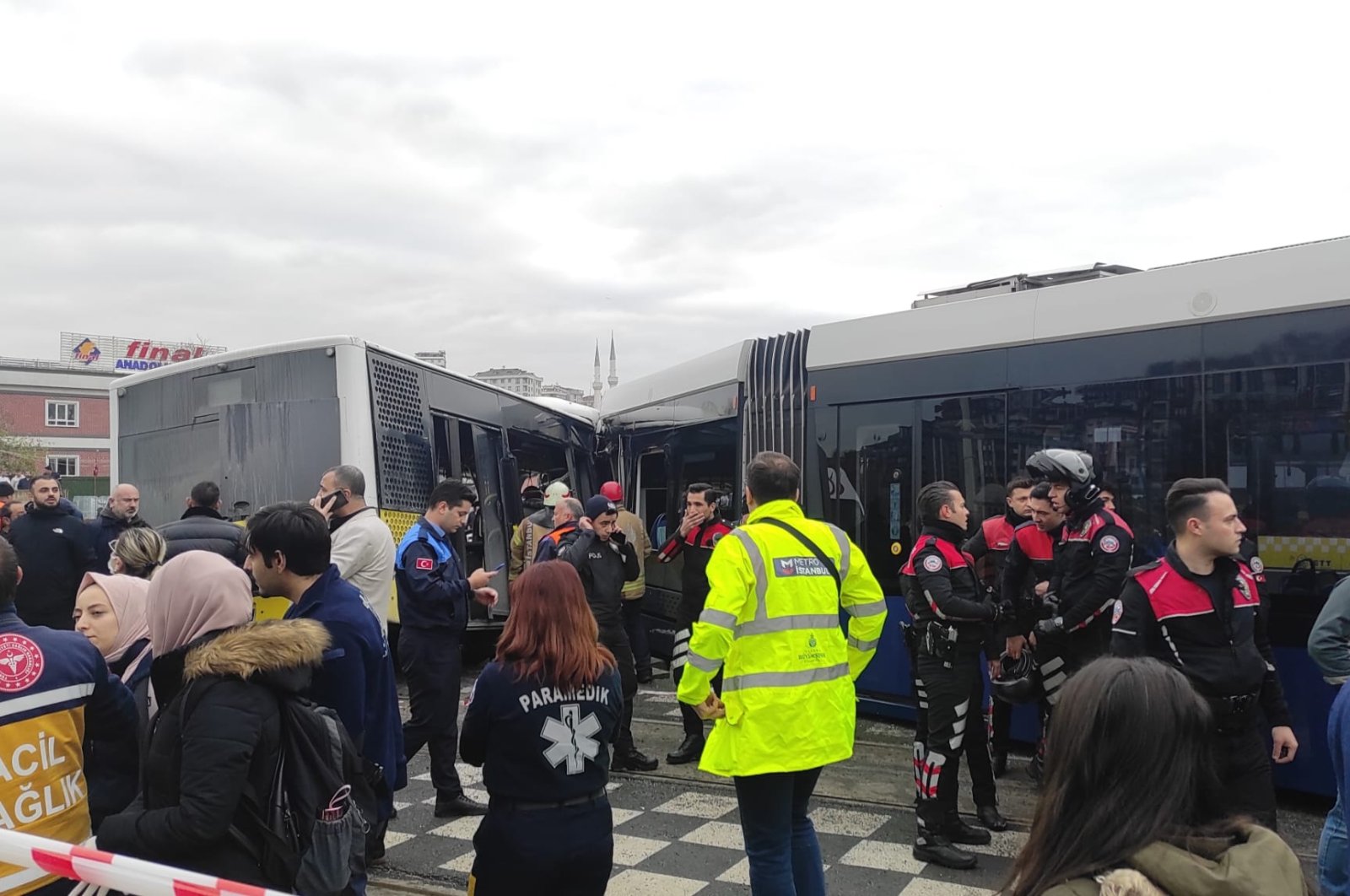 A tram and an inner-city passenger bus collided in Istanbul’s Alibeyköy neighborhood on Monday, resulting in 19 people being injured, including four in critical condition.

The accident occurred earlier this morning near the Alibeyköy tram stop when the bus was trying to pass across the tramway’s tracks.

A large number of ambulances were dispatched to the scene to assist the 19 people who were injured, according to reports. The moment of the accident was also caught by security cameras.

“Our services will work temporarily between the Cibali and University stations on our T5 Cibali-Alibeyköy Cep Bus Terminal Tram Line,” the statement made by Metro Istanbul, the tram authority, said.