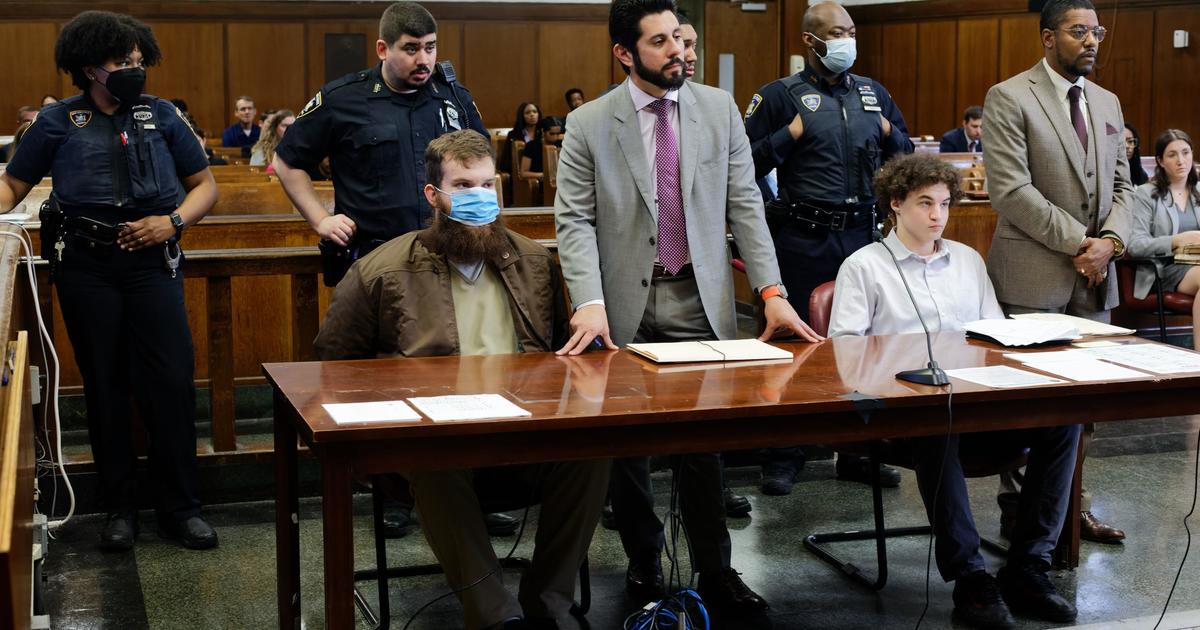 NEW YORK – Two men were indicted on charges relating to an alleged plan to attack the Jewish community in Manhattan.

CBS2’s Alice Gainer was in the courtroom.

Christopher Brown, 21, of Long Island, entered the courtroom in handcuffs. Manhattan resident Matthew Mahrer, 22, out on bail, walked over and joined him.

They entered not guilty pleas.

Both are charged in a New York supreme court indictment with conspiracy and criminal possession of a weapon.

Brown is also charged with criminal possession of a weapon as a crime of terrorism, and making a terroristic threat as a hate crime.

According to the indictment, in mid-November posted threatening Tweets like “Gonna ask a Priest if I should become a husband or shoot up a synagogue and die.”

Brown allegedly paid Mahrer $650 to get a gun in Pennsylvania.

Both were arrested at Penn Station Nov. 18 after a description went out to law enforcement. MTA police found a knife, swastika armband and ski mask in Brown’s backpack. At Mahrer’s apartment, a backpack with a gun, extended magazine and 19 rounds of ammunition was discovered.

We learned in court the person who drove them to get the gun has also been arrested.

A bulletproof vest was also found in Mahrer’s apartment.

Prosecutors argued he should be back in custody.

“We requested remand at the initial arraignment – requested it today based on seriousness of facts,” said District Attorney Alvin Bragg.

A judge said Mahrer’s bail was sufficient, noting his parents – a high school teacher and business owner present in the courtroom – stood to lose it all if he didn’t show up to court.

Mahrer’s attorney argues there’s nothing illegal about sending a friend money behind bars, and that the bulletproof vest could have been purchased months, to years, prior. He noted Mahrer, who is Jewish himself, means no ill will and that his grandfather is a Holocaust survivor.

“The tenants in the building are shaking,” said Upper West Side resident Sheldon Fine.

“Literally have told me they’re scared to go to synagogue because many reasons, antisemitism in general, but this person living on their block,” Brewer said.

“Do you have anything to say to the people who are scared in their neighborhood?” Gainer asked.

“Leave our family alone,” one of the Mahrer’s parents said.

They’re all due back in court in February.

Alice Gainer joined CBS2 as a reporter and anchor in January 2013. She covers breaking, feature and general assignment stories.