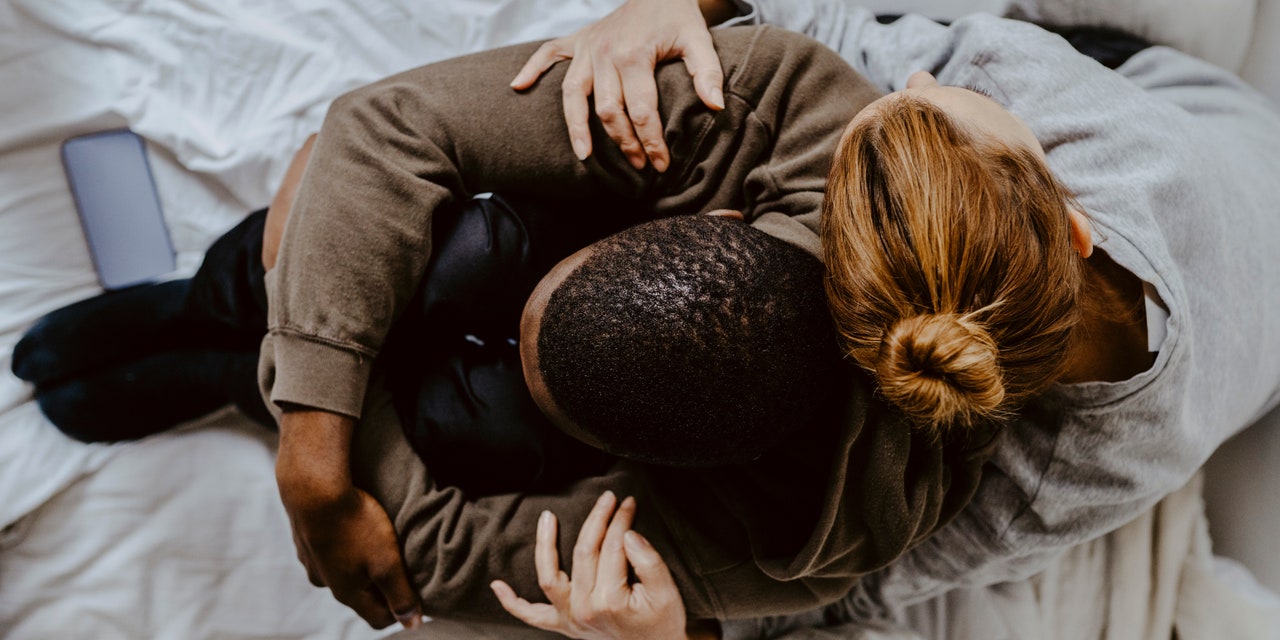 Relatives of COVID-19 patients admitted to the intensive care unit (ICU) may be more likely to experience posttraumatic stress disorder (PTSD) symptoms, according to a new study. Certain populations—including females, Hispanic people, and individuals who have taken medication for a psychiatric condition—had a higher chance of suffering from the symptoms, the researchers behind the new report found. The findings raise questions about how PTSD in family members of critically ill patients can be prevented and what strategies can be put in place to provide support for them, especially when they aren’t able to see their loved ones due to COVID-19 visitation restrictions.

The study was led by Timothy Amass, M.D., an assistant professor of medicine at the University of Colorado School of Medicine, and published last week in JAMA Internal Medicine. Dr. Amass and his team analyzed data from 330 family members of COVID-19 patients who spent time in the ICU between February 1 and July 31, 2020. They determined that relatives were more likely to experience PTSD symptoms three to four months after their family member was admitted to the ICU, using a tool called the Impact of Events Scale 6 (IES-6), a scoring mechanism clinicians use to evaluate how severe a patient’s PTSD symptoms are.

This isn’t the first research to link having a relative in the ICU with mental health conditions: “The prevalence of symptoms of PTSD, depression, and anxiety in this population vary widely but were approximately 15% to 30% before the COVID-19 pandemic,” the study authors wrote. However, 63.6% of participants analyzed for the new study scored 10 or higher on the IES-6 scale in the months after their relative was admitted to the ICU—indicating to the researchers that they were experiencing “significant symptoms of PTSD.” The researchers also noted that 31% of participants experienced “significant symptoms of anxiety or depression” during this time.

The elevated rates of anxiety, depression, and PTSD in family members could be related to the fact that COVID-19 can cause a patient’s health to deteriorate rapidly. People with a moderately to severely weakened immune system are at increased risk of severe illness and death caused by COVID-19, and potential risks of a severe case include respiratory failure, lung damage, long COVID, or even death. The study authors said that 41.3% of patients included in the survey passed away in the hospital, with many family members unable to see them due to the risks of contracting COVID-19 themselves. These visitation restrictions could also be related to the symptoms experienced by study participants, the authors wrote; study participants with higher rates of PTSD were more likely to describe feelings of concern and distrust, mainly because they couldn’t see the ICU patient’s condition for themselves.

“These data, combined with recent qualitative analyses highlighting the centrality of visitation restriction and fractured communication with health care practitioners as primary drivers of family stress symptoms, support the hypothesis that visitation restriction plays a role in increasing stress-related disorders in family members who could not be present at the bedside of their critically ill family member,” the study said. The authors encouraged health care practitioners to allow for more “participation and control” at the bedside with the hope of improving mental health outcomes for family members of ill patients.